The mother of all social experiments is getting a facelift Two women from two very different families swap their homes and lives for two weeks. But in this brand new reboot, the drama is intensified - with visits from the mothers- in-law and bombshells being dropped, these families are going to get a lot more than they bargained for. WIFE SWAP is a Screentime production for Channel Seven.

Not really surprised 7 picked this up, seems right up their alley in terms of viewer demographic.

How many more ‘love’ shows and ‘social experiments’ are we going to get from Seven? Can’t they pick something out of the left field?

This is Seven we are talking about. When is the last time they took a risk on anything?

What are you talking about? They constantly take risks. But they often backfire or are lacklustre.

Other than the first and maybe the fourth one, none of those are ‘risks’.

To be fair, when we consider ‘risks’ we are thinking of original formats like ‘Thank God You’re Here’ and ‘Talkin Bout Your Generation’, which is why 10 has been liked by so many these days. In comparison, Seven is considered to be the ‘old’ and ‘safe’ network that no one (at least on these forums like).

I don’t know about that. Many of them are original Seven ideas and so are a “risk”. I could go on and on:

Back for another season.

In this dramatic and emotional series, two wives with opposing parenting styles swap lives in a bold, new social experiment. Morals and social behaviours are tested as the wives and their families are thrown into each other’s world. In one episode, a cashed-up mum of privately schooled children, swaps lives with a dole-receiving, hippy mum of eight un-schooled kids who live a nomadic lifestyle on a bus. In another, a clinical, vlogging mum who lives her entire life online and in front of the camera, swaps lives with a rural farmhand mum who lives off the land, completely off the grid.

WIFE SWAP is a Screentime, a Banijay Group company, production for Channel Seven.

Seven sitcom and reality show will now screen in 2021.

Prepare for the bogans and the rich switching homes!

All around Australia, everyday parents are raising their children with different rules, values and mindsets - but who can say their way is the best?

The explosive new series Wife Swap Australia sees two wives, worlds apart, swap lives and families for a week, putting their opposing parenting styles to the ultimate test in front of the nation.

In each episode’s swap, two wives write a household manual describing their rules and how to run their home. They must first live by each other’s rules - no matter how difficult, uncomfortable, or how strongly opposed to them they are.

Then the wives take back control, laying down their own set of rules which their new husband and children must obey, turning everyone’s lives upside down.

At the end of the swap, the wives are reunited with their husbands before the couples come face to face in an emotionally charged meeting to discuss their experiences.

Control vs chaos, education vs unschooling, tech-obsessed vs off the grid, penny-pinching vs frivolous spending - who’s the better parent? You be the judge. 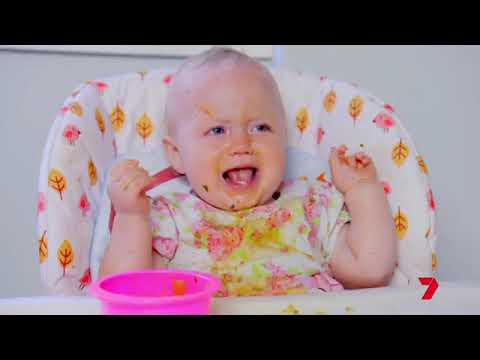 That start date literally came out of nowhere.

Anyway kind of nice to see Seven invest in Thursday nights (where they’ve usually been too lazy to do anything and just air triple Home and Away) even though it is trash.

Strange choice of timeslot given it won’t pick up many viewers on a Thursday at 8:30pm.

Maybe Seven’s intention with this show is to more so fill a gap in a slot, rather than getting lots of ad revenue from putting it in prime time (i.e. any time from Sunday to Wednesday at 7pm/7:30pm)?

How many episodes does this season have? It may not finish its run by the time the new AFL season starts on March 18.

Are the producers feeding these kids lines?

“I don’t want to have a job when I’m older, I want to collect cans and bottles.”

Did anyone else watch last night’s season premiere of Wife Swap?

I have mixed feelings about the revival. Whilst the show obviously needed to be brought forward with the times by having the episode heavily edited and a feeling of being “overproduced”, I missed the laid back vibe that the original seasons had, and I also didn’t like the dramatic music that was used.

I noticed a slight format change - when the women change the rules mid-way through their stay, they also introduced a “golden rule” which is implied to be the most important rule. Last night, Tenielle’s (the strict mother) golden rule was that ‘School is in’.

I’m also questioning whether Tenielle actually slept the night in the bus, and whether the episode was filmed over the seven day timeframe, or was the filming compressed into one to two days to save costs?

I also didn’t like the dramatic music that was used.

Due to the AFL season opener between Richmond and Carlton next Thursday, March 18, the season finale (actually the first episode of the series) will air on 7mate in Melbourne and Adelaide at the earlier time of 7.30pm.

Was ep6 the final episode?