I like Classic Hits 666 Carnarvon and Spirit Radio Network, I also quite like 6IX and The Wave, ABC is boring, half the cricket during the ashes was taken off and was replaced by Talks shows and 6PR doesn’t even broadcast cricket anymore! Macquarie Sports Radio I heard was good, but doesn’t have a AM or FM transmitter in Perth.

The Sound in NZ. 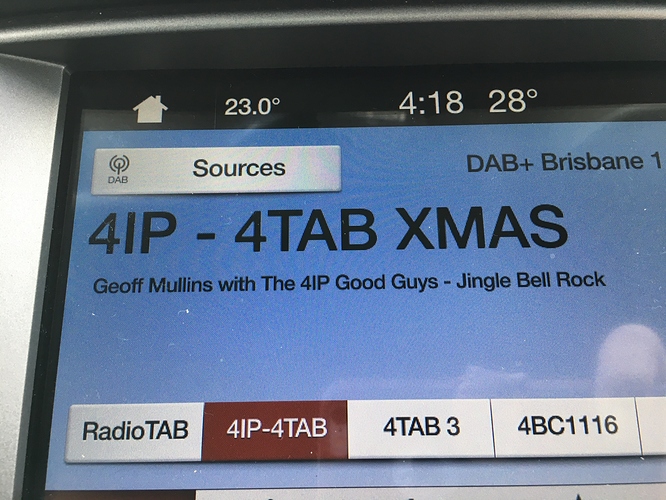 Hah - 4KQ played that song one morning this week.

90’s
'93-'98. Fox, probably at their peak. Definitely was locked on in that period.
'99-'00. JJJ. Somewhat forgettable and probably not going to be on anyone’s favourite lists but set up the next decade for me.

00’s;
'01-'05, Nova at their peak. Those days I really wish hadn’t left the Nova of now, although I still see some remnants.
'06-'07, MMM. Whilst yes, the music was a lemon when they went down the jack path, they still had excellent personalities at the time.
'08-'12. BBC R1 when they hit their stride. I know that Moyles is a bit marmite, but he definitely gave the station it’s entire personality at that point. (Honorable mention to BBC R6 and Kiss 100 London)

10’s;
'13-'16. Probably Kiss London, Fresh Adelaide, George Auckland or Z100. BBC R1, 987 Singapore and Absolute (80’s in particular) get mentions. It’s a tough one to decide, bouncing around so much with streaming and travel.
'17-'18. Varies. Nothing is overly standing out, except for little highlights. Z100 possibly?

And today? Well. There’s about 10-11 different stations I jump between. Not one stands out though.

Chris Dzelde (now in SA) did the Night Mix with the Melbourne’s Most Wanted countdown. Andy Grace was briefly at the station too taking over the Night Mix around 1999-2000. Breakfast in the mid 90s was Kevin John and Michael Pope with a year with Nicky Buckley and then Tottie Goldsmith. Later on in 1998 there was a short lived program (The Early Openers) with current Nine News reporter Brett Mcleod one of the hosts.

More recently Triple J from 2008-2009 was memorable with Robbie, Marieke and the Doctor for Breakfast and Scott Dooley on drive. Also 2000-2004 with Adam and Wil for Breakfast and Merrick and Rosso on drive for 1999-2000.