What Does Australia Really Think About… 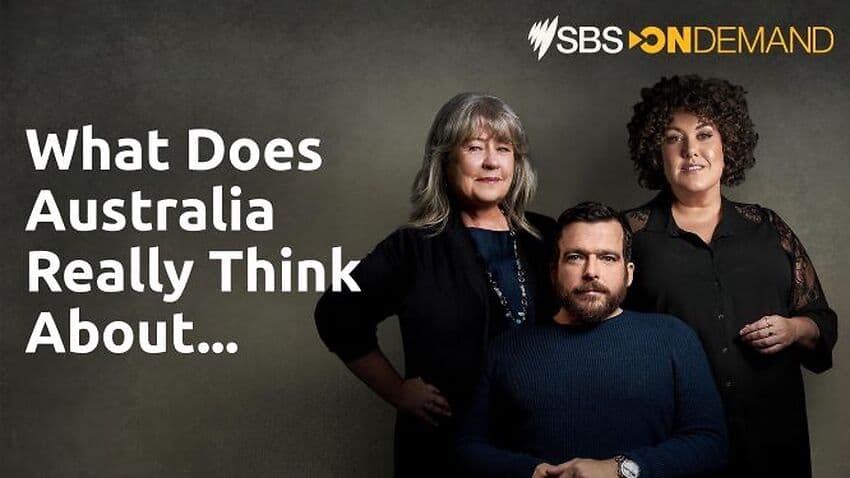 In a ground-breaking new documentary series, SBS seeks to explore how stigma and prejudice impact the lives of millions of Australians, by getting to the heart of what people really think about disability, old people and obesity. Three-part series What Does Australia Really Think About… hosted by Kurt Fearnley, Noni Hazlehurst and Casey Donovan , premieres 18 August, 8.30pm on SBS and on SBS On Demand.

Five-time Paralympian Kurt Fearnley believes that people with disability are not disabled by their bodies, but by society. Noni Hazlehurst , who first graced our screens over 45 years ago, is disturbed by the stereotypical portrayal of old people in the media. And Casey Donovan , who shot to fame at the tender age of 16 when she won Australian Idol , has had to put up with comments about her weight ever since.

This new series uses surveys reviewed by the University of Melbourne, University of Queensland and La Trobe University to reveal where Australians stand on disability, old people and obesity. The results paint a clear picture of how stereotypes and misconceptions are still incredibly prevalent in Australian society.

Some of the key findings from the three surveys into attitudes towards disability, old people and obesity include*:

Once this true picture of the national psyche is revealed, the documentary series explores how that opinion can be tested, hardened or challenged using a series of hidden camera experiments. The results are at times shocking and confronting, but there are also many inspiring instances of ordinary Australians who stand up when witnessing discrimination.

Kurt Fearnley said: “I hope that when somebody watches this, the dream would be for them to look around at their own environment right now, and ask, is disability represented in my workplace? In my kids’ school? Is it represented in my local sporting club? 20 per cent of the population are out there with disabilities wanting to be a part of the community. Why aren’t they in yours?”

Noni Hazlehurst said: “It’s way past time for us to be recognising and celebrating our similarities, rather than focusing on our differences and making assumptions about each other based on appearances. Everyone deserves kindness, respect and support.”

SBS Director of Television and Online Content, Marshall Heald said: “SBS is focused on creating compelling documentaries that can open up important public discussion around stereotypes and raise awareness of important issues, What Does Australia Really Think About… is a reflection of this, exploring the topics of disability, aging and obesity with the aim of breaking down barriers, misconceptions and reducing the stigma that exists in society.”

Screen Australia Head of Documentary, Alex West said : “ What Does Australia Really Think About… is a thought provoking and compelling series that aims to move and challenge viewers. We are proud to support this documentary and Joined Up Films as they shine a light on these important contemporary issues, providing awareness and ultimately leading to social change. I encourage everyone to catch this significant series when it airs.”

What Does Australia Really Think About… will be also be available to stream on SBS On Demand with subtitles in five languages: Simplified Chinese, Arabic, Vietnamese, Traditional Chinese and Korean, allowing more Australians to engage in these important topics

This new program will be supported by a range of other stories, discussions and programs exploring disability, old people and obesity across the SBS network, including on the SBS Guide, SBS Voices, SBS Radio, news and current affairs, on NITV and SBS On Demand.

What Does Australia Really Think About… is a Joined Up Films production for SBS. Principal production investment from Screen Australia in association with SBS. Financed with support from Screenwest and Lotterywest.

What Does Australia Really Think About… premieres 8:30pm Wednesday, 18 August on SBS and SBS On Demand. The three-part series continues weekly. Episodes will be repeated at 10.15pm Mondays on SBS VICELAND from 23 August.