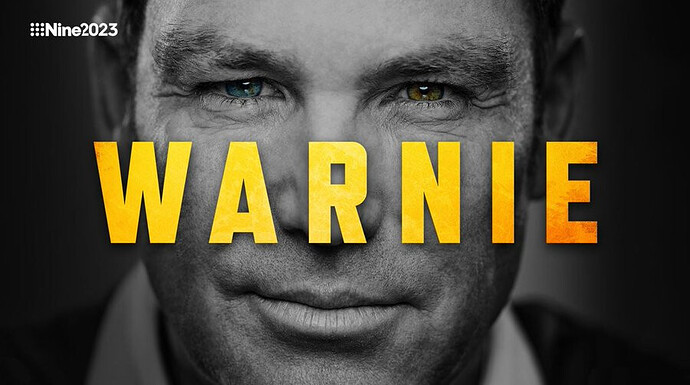 There has never been and never will be another like him. Over two big nights, Warnie will be the fitting tribute to one of the greatest Australians of all time, the Aussie larrikin who lived and loved large in the 9Network’s must see drama event of 2023. Shane Warne was an Aussie legend, a cultural icon, a cricketing genius, a charmer and a rogue. ‘Warnie’ transcended cricket. Like all great characters, he inspired extreme reactions from people from all walks of life, in Australia and around the world. Warnie is produced for the 9Network by Screentime, a Banijay company, in association with VicScreen. Cast to be announced soon.

Do any of you have any respect for Dad? Or his family? Who did so much for Channel 9 and now you want to dramatise his life and our families life 6 months after he passed away? You are beyond disrespectful.

Interestingly, she was actually replying to and shared a screenshot from Jo Hall’s Instagram story in which Jo was promoting she was going on 3AW to discuss some topics and one of them was the Shane Warne telemovie and whether it was too soon.

It would have been the late Shane Warne’s birthday on Tuesday this week.

Seven announced a miniseries called Warnie back in 2016 but then chose not to proceed. Nine revived the idea soon after he passed away.

Nine miniseries on late cricketing great, revives an idea Seven once announced but which never surfaced.

I actually agree… I really do think this is too soon.

Yeah. I think they should wait a few years.

I agree. It’s way too soon. Id have them wait a little more too.

It was like earlier in the year with the Melissa Caddick story (aka Underbelly: Vanishing Act). It aired on Nine just over a year since her disappearance. That two-part miniseries was poorly executed, despite having some good cast in it.

Herald Sun reports Warne’s long-term manager James Erskine spoke with Nine’s director of television Michael Healy and head of drama Andy Ryan on Thursday, after Warne’s three children spoke out against the telemovie. Erskine said he was assured by Healy that the telemovie was a celebration of the cricket legend’s life and would not be salacious.