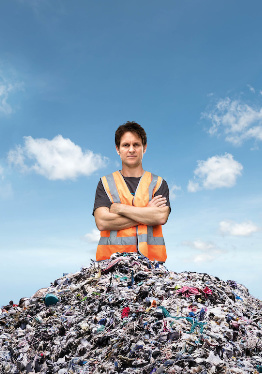 Australia generates a staggering amount of waste every year and alarmingly our waste is growing at double the rate of our population. Presenter and provocateur Craig Reucassel (The Chaser) tackles this growing issue in the thought-provoking, three-part series War on Waste, premiering Tuesday 16th May at 8.30pm on ABC and iview.

No stranger to confrontation, Craig takes on the supermarkets, challenges Australians to go waste free, discovers what really happens to our recycling and how Australia’s obsession with fast fashion is causing an even faster waste problem.

He tackles the immense problem of food waste, with millions of tonnes of food from our homes, supermarkets, farms and businesses ending up in landfill every year, uncovering why we are throwing out so much food and what we can do about it. Plastic bags are causing a huge problem for the environment and with over 4-5 billion plastic bags thrown out every year, Craig explores how we can do things differently.

The daily morning coffee fix creates nearly a billion disposable coffee cups which end up in landfill each year, so Craig starts a campaign to reduce this unnecessary waste stream. #ByoCoffeeCup

To gauge our nation’s current attitudes and habits toward waste and recycling and how they may change after watching War on Waste, a public survey has been launched. The survey will help to understand where Australians are at and where we need to go to create change. You can access the survey at:

It’s time for all Australians to wake and declare a War on Waste. With some simple ideas and small changes, we can all do our bit to care for the world we live in now and into the future.

I wish they’d go look for someone other than a Chaser boy to present this. No offense, I love their work on The Checkout, but I feel like viewers will be less likely to give shows a go if they’re presented by the same faces time and time again.

There are many other capable people within the ABC and beyond it who would’ve been perfect to host this show.

Australians have declared a War on Waste!

ABC’s thought provoking three-part series War on Waste, presented by Craig Reucassel, called for all Australians to wake up to the scale of waste in this country and do their bit to make a change. The program was supported with initiatives across all ABC platforms – TV, Radio, ABC iview and online.

The enthusiasm for the programs across the country and the direct impact it is already having on initiating change has been phenomenal. ABC are pleased to announce that a follow up special will air later in the year to see what impact the show has had in changing Australian habits.

Certainly lots of my friend’s were talking about it. A couple of family members too. I started using a Keep Cup for my morning takeaway flat white.

At least half of the cafe’s near my place have started offering discounts for people who bring reusable cups.

Earlier this year, presenter and provocateur, Craig Reucassel, put rubbish on our radar with the thought-provoking series War on Waste.

Now he’s back, with a special follow up episode, screening Sunday 3rd December at 7.40pm.

War on Waste kick started conversations around the country about the staggering amount of waste Australians create every year. From food, fashion to the humble coffee cup, the series challenged pre-conceived ideas and forced Australians to change their behaviours, attitudes and habits.

While many Australians embraced the #BYOCoffeeCup movement, the battle is far from over when convenience store, 7 Eleven, confess that 70 million disposable cups are sold from their stores alone. They share their vision to combat the problem.

Craig started the #SizeDoesn’tMatter campaign and encouraged people to embrace imperfect produce to help reduce the amount of food waste happening on Aussie farms. In this episode he travels back to the banana farms for a surprising update. He also visits the major supermarkets to see how the groundswell of public outrage has encouraged them to shift their thinking about cosmetic standards and their responsibility around the recycling of soft plastics.

More than 17 billion plastic bottles and cans are consumed by Australians each year, Craig visits a glass recycler to show any doubters what happens to their kerbside recycling and finds out that one solution for better recycling is South Australia’s Container Deposit Scheme. It’s been running successfully for over 40 years and he questions why it hasn’t been adopted in all States.

Craig sends a compelling message to the politicians, who are continually dodging the issues, including Victorian Premier Daniel Andrews about Victoria’s recycling problems and he eventually tracks down the Federal Environment Minister, Josh Frydenberg, to find out why banning plastic bags is not a National issue.

Craig also meets some mini waste warriors and learns about their school’s inspiring bin separation system. It’s initiatives like these that will change the environment they are set to inherit.

War on Waste is compelling viewing for all Australians. It’s been instrumental in raising awareness and fostering a better understanding of what individuals and communities can do to help the environment by reducing the amount of waste ending up in landfill every year. 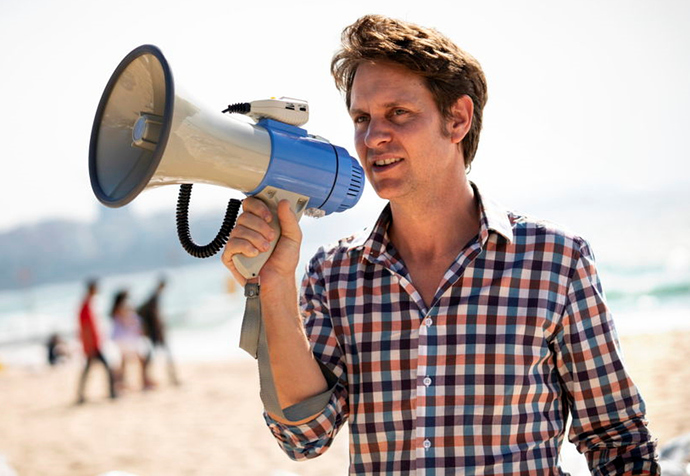 In 2017, War on Waste reached 4.3 million viewers across Australia and was the ABC’s most successful social media campaign, highlighted by a video on dumping edible bananas that attracted more than 20 million views.

David Anderson, ABC Director of Entertainment & Specialist, said: “War on Waste highlights the ABC’s unrivalled capacity to spark national conversations and drive community action and social change that impacts the daily lives of Australians. The distinctively ABC series empowers people to take immediate steps to reduce their consumption of plastic and electronic goods, and wastage of coffee cups and food. Waste is a universal issue, it impacts everyone.”

The AACTA winning and Logie-nominated series, which also won the prestigious Gold Banksia Sustainability award, revealed that size shouldn’t matter when it comes to buying bananas, encouraged viewers to BYO coffee cups, confronted politicians with a giant ball of plastic bags, challenged state parliaments to ban single-use plastic bags and revealed why fast fashion is not fashionable at all.

The series showed Australians how they can take steps to reduce waste in their daily lives and encouraged big business and politicians to rethink the waste issue, with some inspiring outcomes.

• Responsible Cafes, which promotes reusable coffee cups, went from having 420 cafes on board to having 1050 the week following broadcast up almost overnight (that number is now over 3600);

• Woolworths and Coles (both in the series) announced lightweight plastic bag bans;

• Following the War on Waste, Foodbank had waiting lists for volunteering, to the point that NSW, Victoria and WA were fully booked through to the end of the year.

But the war is far from over…

The new series reveals our unhealthy reliance on plastic, especially single-use plastic items such as plastic bottles and straws that damage our waterways, oceans and marine life.

Craig also exposes the effects of e-waste, one of the fastest-growing types of waste . Tonnes of discarded laptops, mobile phones and electronic goods cause high toxicity levels in landfill, which leaches into the soil and water. While food waste remains a massive issue in Australia and not just because of what we throw out at home, Craig goes undercover to expose the shocking amount of food we waste when we eat out and shows exactly why this is so bad for the environment.

Rallying younger viewers to join the war on waste is ABC ME’s Project Planet, a new eight-episode series that demonstrates how everyone can help the environment by making a meaningful contribution to sustainability.

Screening Wednesdays and Thursdays at 4.30pm from July 25th, Project Planet showcases a group of dynamic young people from three diverse classrooms across the country who are ready to shake things up. Over 8 weeks, these Waste Warriors take on a huge mission to transform their schools from being eco wastelands to waste-wise wonderlands. They will make lasting and dramatic changes that will make a real difference to the way all of us can reduce waste in all its forms.

This is an Australia-wide challenge featuring Taroona High School from Tasmania, Berry Springs Primary School from the Northern Territory, and Fremantle College from Western Australia. Led by ABC ME host Lawrence Gunatilaka, our Waste Warriors will start saving the Earth, one school at a time!

Small actions can spark big changes. It’s time for Australians to collectively change the way we think about rubbish by continuing the war on waste. 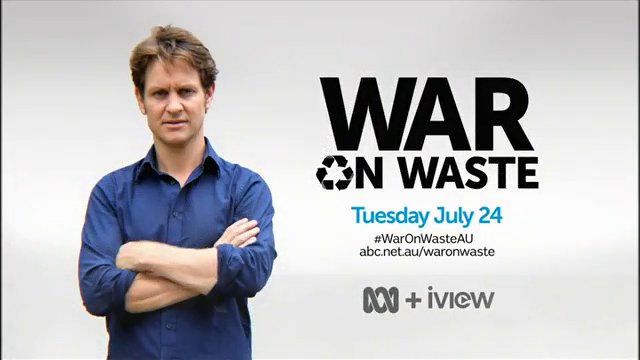 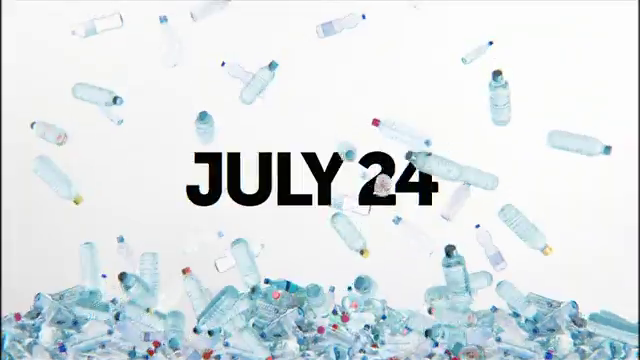 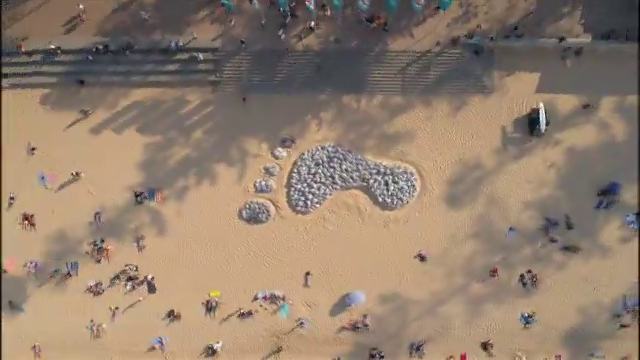 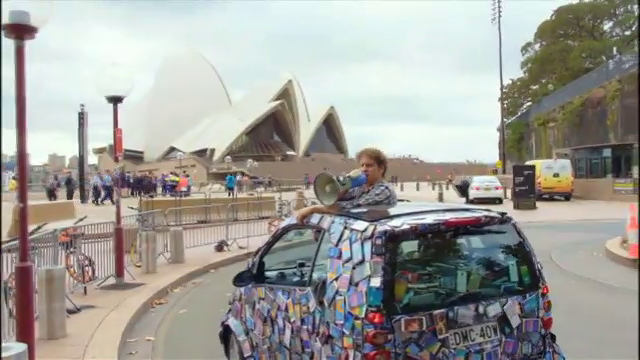 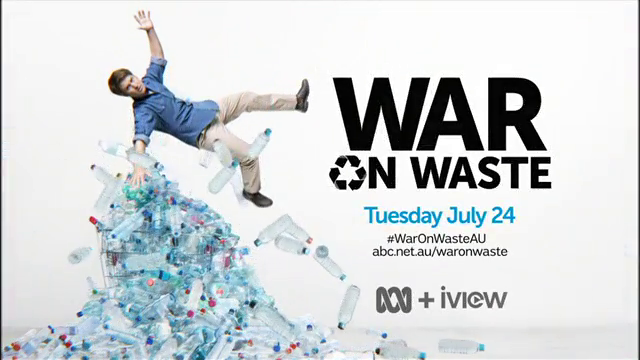 Promo for next episode based on e-waste 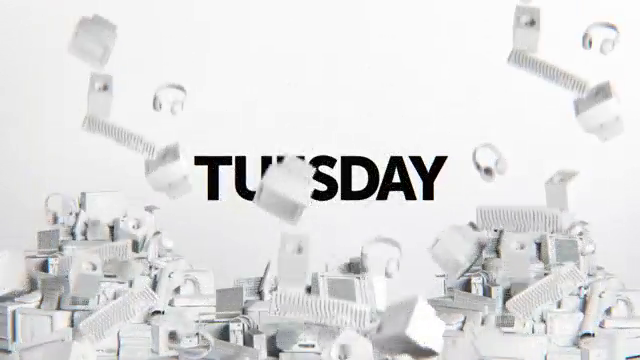 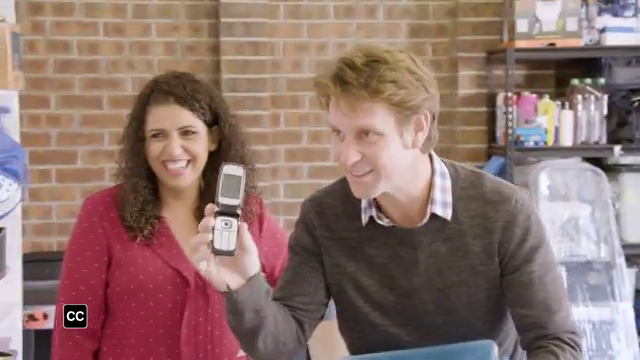 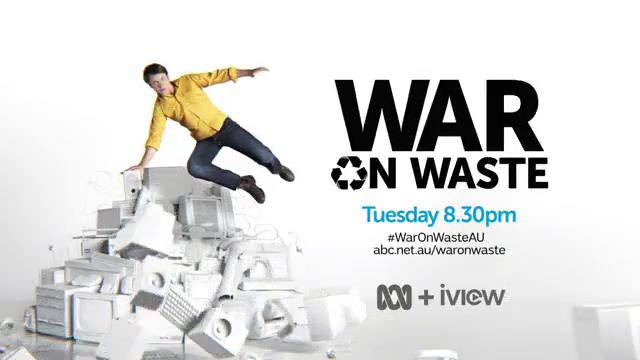 Schools, hospitals, businesses, govt & community groups have all made change due to ABC series. 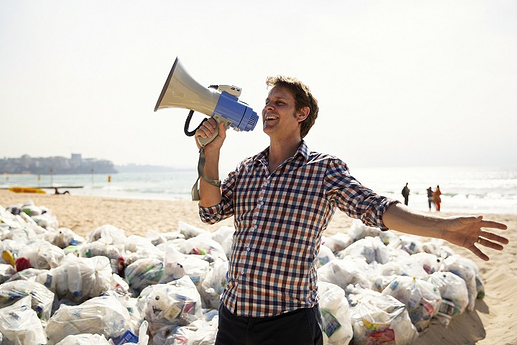 The ABC’s War on Waste has sparked major social and environmental change across Australia, triggering more than 450 initiatives by schools, hospitals, businesses, governments and community groups to slash their waste footprint.

A report by the University of Technology Sydney’s Institute for Sustainable Futures and the ABC found many people who were inspired by the ABC television program to reduce waste at home went on to drive or demand similar changes across the public, private and community sectors – greatly amplifying the impact of the series.

The report identified 452 high-impact waste-reduction initiatives triggered by War on Waste , including:

Almost half the 280 organisations in the report reduced waste in their operations, services or products based on ideas from War on Waste . Schools and universities introduced more than 200 initiatives, including e-waste collections and composting.

The snapshot of changes introduced over the six months after the broadcast of Series 2 of War on Waste in 2018 was only the “tip of the iceberg”, the report found, with the total number of waste-reduction initiatives likely to be much higher still.

Jenni Downes, Research Lead at the Institute for Sustainable Futures and report co-author, said: “ War on Waste has triggered systems-wide changes, driving high-impact waste-reduction initiatives, models and practices across Australia. The universal adoption of the ‘war on waste’ slogan demonstrates a new consciousness in communities everywhere and has raised expectations and demand for change.”

Teri Calder, ABC Impact Producer and report co-author, said: “ War on Waste has provided the foundations for policy change and driven widespread action to reduce Australia’s waste footprint. The biggest impact of the program has been in inspiring those with the power to make changes – in businesses, governments, education institutions and community organisations. The ABC is proud to have sparked a national conversation and inspired action to reduce our collective waste footprint.”

The report found that while many public education campaigns struggle to shift behaviours, viewers responded well to War on Waste’ s “motivating and uplifting” format, “solutions-focused” approach and stunts, such as an enormous footprint of plastic waste on Manly Beach in Sydney.

More than two-thirds of the 3.3 million viewers of the second series reported changes in waste behaviours, according to separate ABC audience data.

In War on Waste (S3) we’ll put the critical issue of waste back on the agenda and highlight the connection between waste and climate change. At the helm, passionate planet advocate and prankster Craig Reucassel will look at the mindset change we need to fix the problems. He’ll champion our waste heroes and hold the villains to account, and set new challenges for corporations, councils and communities. Alongside new large scale public installations to show the shocking impact of our consumer habits. the series will conscript entire communities as part of a national plastic audit to vividly highlight the problems lurking in our own homes. 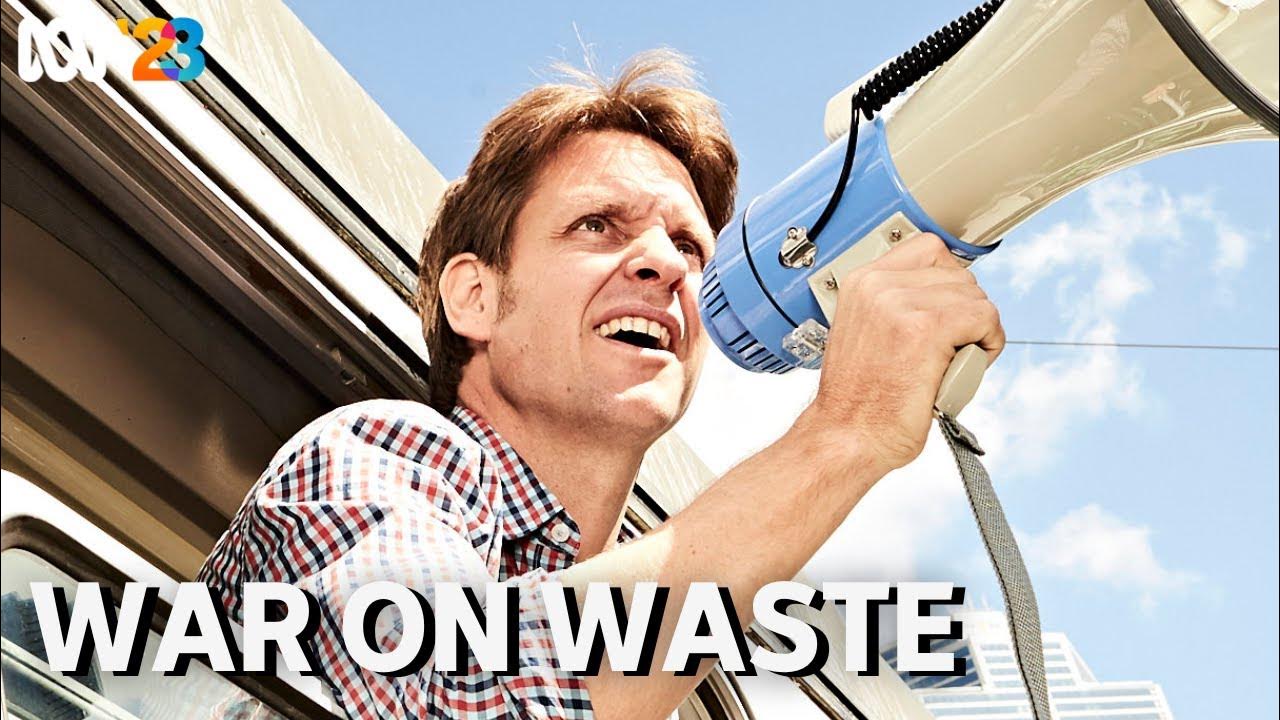 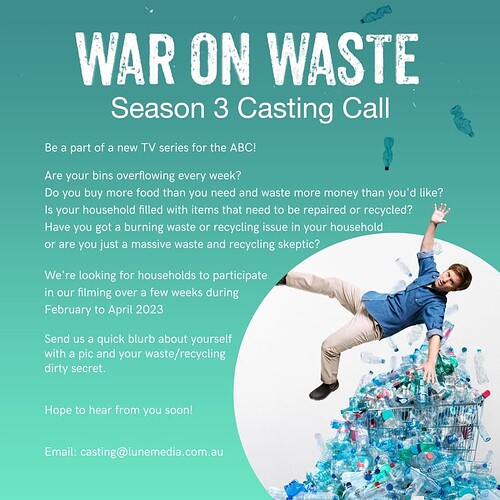