The clash of the classes returns for a third season. Filming has commenced on the hotly anticipated return of Australia’s best loved and most acclaimed family comedy, Upper Middle Bogan.

Created, written and produced by Robyn Butler and Wayne Hope, the eight-part comedy series that focuses on the culture clash of the upper middle Brights and drag-racing Wheelers, will again film in and around the suburbs of Melbourne. 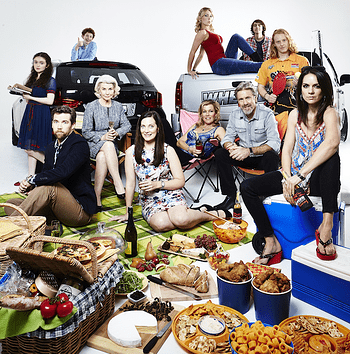 Series Creator/Producer, Robyn Butler said, “We’re so excited to unleash the wild, loud and sometimes potty-mouthed world of Upper Middle Bogan. But enough about Robyn Nevin - we love all the cast and can’t wait to make this season”.

ABC Head of Comedy, Rick Kalowski said, “It took some prompting, but we’re beyond thrilled Robyn Butler and Wayne Hope agreed to give the country more of its favourite family comedy Upper Middle Bogan. May the road from the Brights’ to the Wheelers’ go on forever.”

Upper Middle Bogan Series 3 sees Bess Denyar (Annie Maynard) continuing to strive for a happy union between her adoptive upper middle family and her biological bogan family. Two years have passed since Bess, an upper middle class doctor, discovered she was adopted and found her drag racing, biological parents living in the outer suburbs. With her two families, the Brights and the Wheelers, each now facing a brand new set of challenges - moving houses, illness and injuries, relationships ending and beginning - Bess struggles to manage her families living at opposing ends of the freeway, with varying levels of success. Often caught in the middle of two tribes, Bess’ dreams of life as one big happy clan seem almost impossible… but only almost.

Great news didn’t think we were going to get another season ,Robyn and Michala gave outstanding performances in the first two seasons.

Will be interested to see what the CBS version of this looks like and what the US end up naming it.

Margaret (Robyn Nevin) and all the Wheelers help the Brights move into a brand new family home, architecturally designed by Danny (Patrick Brammall). The über modern-verging-on-brutalist house leaves them all a bit bemused but Bess (Annie Maynard) feels particularly uncomfortable in the cavernous concrete rooms, doubly when Danny won’t let her set up any of her furniture. Meanwhile, Brianna (Madeleine Jevic) has found love and is eager to cement her relationship with her new fiancé, Younis (Khaled Khalafalla), as a contestant on The Block, and Amber (Michala Banas) discovers that her ex-partner, Troy (Dave Thornton), is keen to cement his own new relationship.

I missed it tonight so have to catch it on Iview. Was it as good as previous seasons?

I missed it tonight so have to catch it on Iview. Was it as good as previous seasons?

From what I saw… no. Will catch the full ep on iview though.

I thought it was great. The minimalist house stuff was brilliant.

As was the stuff involving the auditions for The Block and Channel 9.

I just watched it. It was a solid first episode. Very funny. After 2 seasons its always going to be hard to be as good as the first. Still really enjoyable. It was just great to have it back!

That was a brilliant episode tonight. Up there with the best. They do a brilliant job intertwining the various story strands. Brilliant performances from all the cast.

That was a brilliant episode tonight. Up there with thee best. They do a brilliant job intertwining the various story strands. Brilliant performances from all the cast.

I was a little disappointed after episode 1 (but with the disclaimer that I didn’t see the whole episode), but I did enjoy episode 2. Robyn Nevin is brilliant and nice also to see Heidi Arena (Audrey from Audrey’s Kitchen), although she’s worked with the producers before on The Librarians. These comedians really just keep giving jobs to their mates

Definitely was. I was going to mention something about her earlier. Her performance was a standout tonight.

Its a brilliant show. Very enjoyable. Its good to have some good Australian scripted comedy again. I am always watching the old episodes on Netflix.

Surprised to see Dougie Baldwin from Upper Middle Bogan and Nowhere Boys with a starring role in the new Netflix comedy Disjointed. 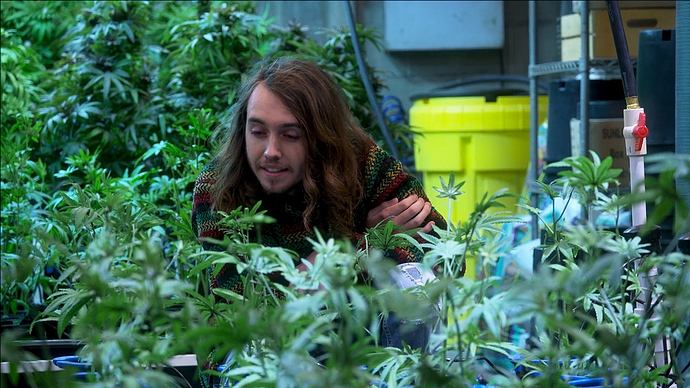 Does he use an American accent?

Yes - but as part of the storyline he sometimes “talks Australian” - not sure why yet; he plays an in-house marijuana grower at Kathy Bates medicinal marijuana store. In ep 1 he had Australian the accent when talking to the plants

Or could he be an Aussie pretending to be an American?

All is reveled in a later episode.