Didn’t know if such thread existed, so…

Anyone know what happened to market analyst Juliette Saly?

Regualrly seen over many years via Ten News & the ABC. Attached some photos below from various time periods

Quite often filled-in for Juliana Roadley on Ten’s Early News or Tom Piotrovski on Ten’s Late News (those two are still at CommSec).

By the way, is economist Savanth Sebastian still around? Used to have a gander with Kochie on Sunrise? 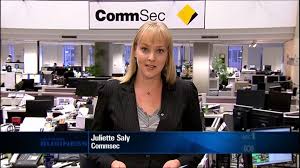 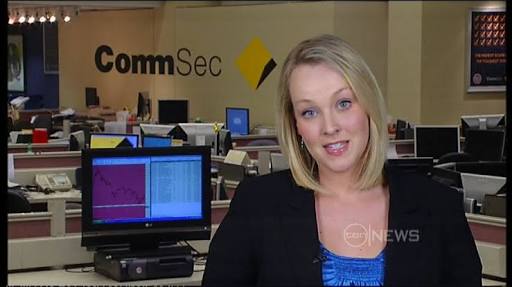 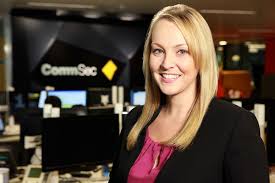 Anyone know what happened to market analyst Juliette Saly?

According to her twitter she is now based in Singapore for Bloomberg
https://twitter.com/julesaly

Sporadically inter-changing between their veteran cross in Wastpac with Bill Evans.

And Macquarie with Martin Lakos, as I saw this morning (who’s been in he’s role for 23 years apparently)?

And not every bulletin has one either, with sometimes just Ann Sanders or whoever doing a V/O.

I used to hear Juliette’s voice on ABC News on Radio on early weekday mornings.

Savanth Sebastian and Craig James from CommSec have both done finance crosses for years on television and radio.

CommSec’s main man Tom Piotrowski is the star of their YouTube channel.

Keep up to date with all the latest news from the Australian investment markets with daily updates from our industry experts. With over 20 years' experience ...

You don’t see Craig James as much, as he’s also an actual economist (like Savanth).

Whereas Tom & Juliana are market analysts for the media.

@JohnsonTV Same here! David Armstrong (3AW radio’s morning news presenter) often has audio of her talking to the station about something economic wise.

CommSec’s main man Tom Piotrowski is the star of their YouTube channel.

He also has a bunch of appreciation pages on Facebook.

Remember his banter with Sandra Sully?

He used to be so clean cut and had a lot more female followers back then.

he’s been on TV a lot more recently than that

Late 2016 / Early 2017 was the last time I saw him on TV doing the late night crosses during The Footy Show.

Didn’t he do crosses for Rove Live too?

Late 2016 / Early 2017 was the last time I saw him on TV doing the late night crosses during The Footy Show.

he’s still doing updates for CommSec on YouTube, as recently as today