I remember there used to be a topic on TV commercials in the old forum (maybe there was one on the Discourse forum but I can’t find it), so I’ve created one here to deal with the subject.

I’ve been browsing the Advertising Standards Bureau’s website and looking at their case reports. It’s amazing how incredibly stupid the public can be. Here’s an example of a complaint by a complete moron: 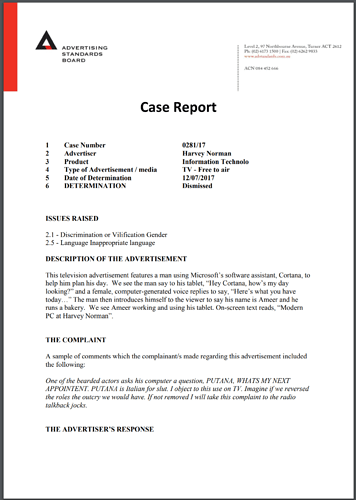 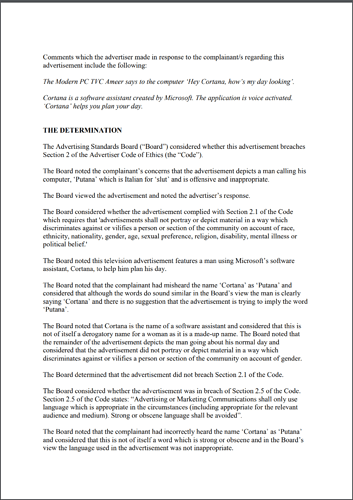 LOL! I loved this line from the complaint:

If not removed I will take this complaint to the radio talkback jocks.

Personally, I think that the “Skittles Pox” ad (which unfortunately, is a worldwide one) is probably the worst currently airing on TV right now.

I also misheard that line the first I saw that advert. I thought I heard the same thing.

It just made me listen carefully next time.

I thought I heard the same thing. 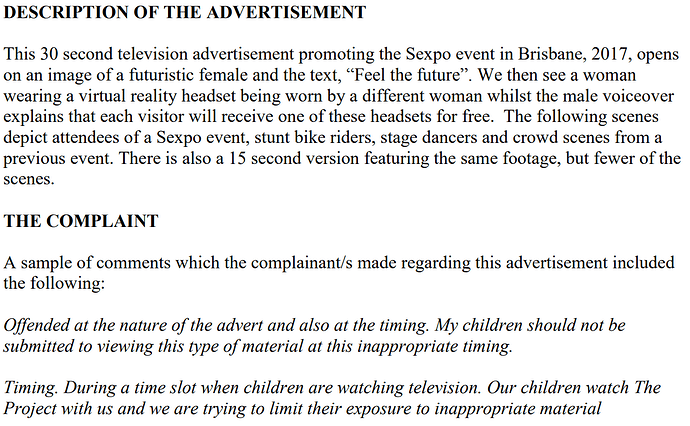 I keep forgetting that some people still treat sex as some sort of dangerous thing which should be kept from the precious minds of children. The same people who probably rail against sex ed in schools and then wonder how their darling precious daughter got knocked up at age 15…

But gruesome violence and murder on TV is A-OK…

Not a regular viewer of The Project, but I think they’ve done stuff that’s a bit more raunchier than what’s described in the Sexpo ad.

cant beat this one

Another addition to the list of ads on TV I absolutely can’t stand: Any Freeview ads ever and in particular, this one which seems to be played on a fairly high rotation on some stations:

Rather average acting as you’d probably expect, but what really annoys me is the “Hmm?” response from Jen after the “Who’s Dan?” question from her boyfriend. In real life, I would’ve thought such a response would be immediately followed by “Look, we need to talk” (or something among those lines) rather than an awkward but otherwise fairly polite nod away as Jen looks at her phone! 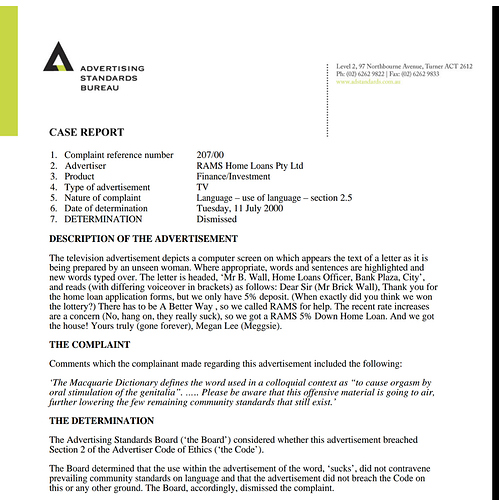 The whole thing comes across awkward, as if the old Harvey World franchises had blamed a reduction on business on the removal of the jingle and demanded that it return. Not to mention re-branding again barely 12 months after re-badging all of them to Helloworld…

I had no idea that Harvey World Travel had rebranded to Helloworld. I thought Helloworld was a mobile network operator or something. I reckon the majority of whatever business they lost was because of the name change.

Wasn’t just Harvey World that got the rebranding either - Jetset, Travelworld and approx 10 other active Travel Agency brands that came under the one banner. The process started about 3 years ago.

As someone that knows a little about the industry it was clearly done to represent a more united front against the behemoth of the industry that is FCTG (Flight Centre), neglecting to realise that Flight Centre runs agents under 6 different banners itself…

Does anyone else think that Lottoland are starting to push their luck with their latest commercials? Instead of being generic commercials they are now giving the appearance of lotto draws (sans drawing numbers). Are they just trying to see what they can get away with?

Also I believe that “betting on the outcome of a lottery” is the definition of a lottery hence Lottoland are illegally operating.

Find out if the lottery you’re playing is real or pretend: reallotteries.com.au

I find it ironic that these ads are attacking Lottoland for ruining small businesses and newsagents, when some of the lottery organisations behind the campaign also run their own officially sanctioned online services which also do the same thing, like Tatts’ The Lott and Lotterywest’s online lotteries. In NSW, Tatts is removing exclusivity of lotteries agencies away from Newsagents and allowing supermarkets to sell lotteries products, which is also going to ruin newsagents’ businesses.

However, I can get behind the argument that Lottoland is taking money away from the community. I believe in most states, a large portion of the revenue must be apportioned to charitable/good causes.

Just saw an ad for Chatubate while watching The Closer. Interesting.