I couldn’t really find an appropriate thread to post these in, so I thought I would create a separate topic. This can be a thread just to share any photos of billboard advertising for TV and/or radio stations you may have. 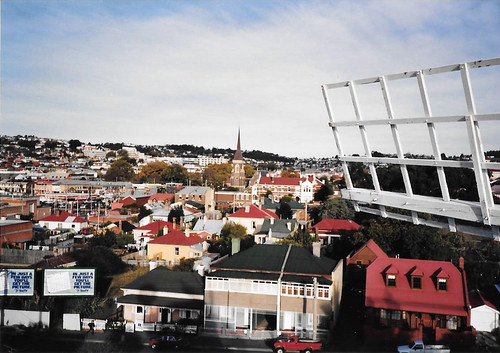 I’ve been scanning photos out of my family photo albums and I happened to come across this interesting photo that my Dad took in Launceston back in 1994; check out the billboard on the bottom left of the photo: 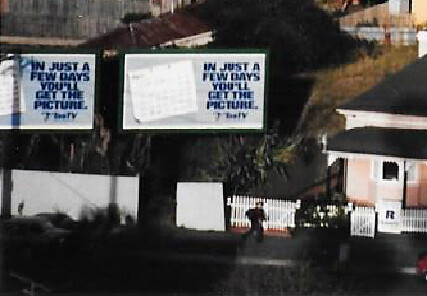 A billboard for Tas TV. This photo would probably date back to late April 1994, because Tas TV first went to air in Launceston on the 30th April of that year.

Here are some billboards for Prime in the Illawarra.

Here’s one taken on the M1 Princes Motorway between Berkeley & Dapto in September 2005. 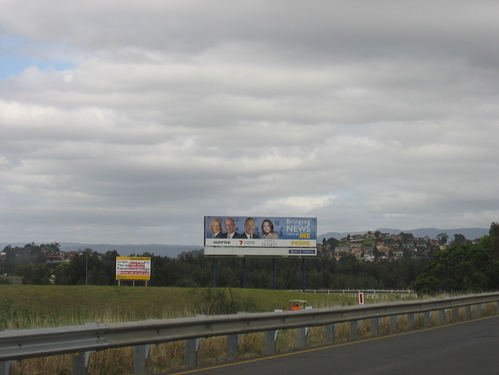 This one for Sunrise at West Wollongong in July 2006. 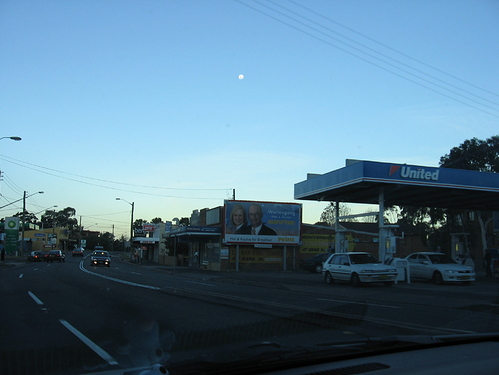 And one taken between Wollongong CBD & Wollongong Hospital in September 2011. That billboard would’ve dated back to 2010. 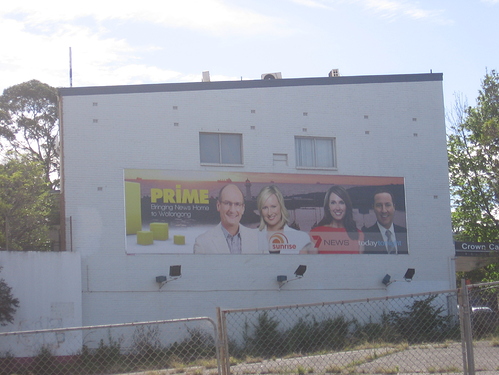 The more accurate line would be “Bringing News Home to Wollongong…except for local news”.

Not Australian, but one from the UK circa 2000 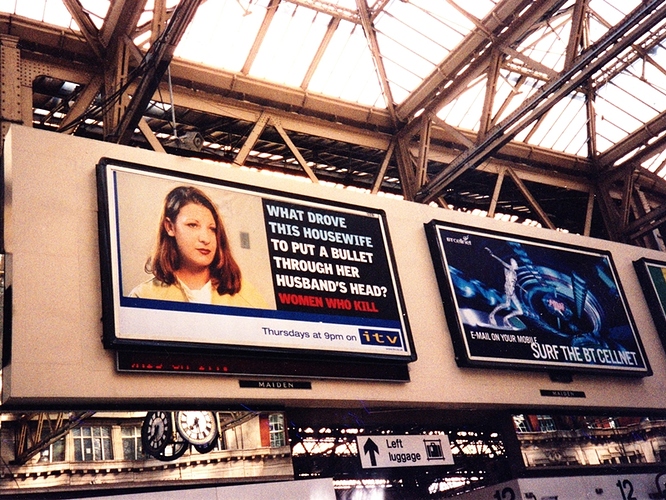 And just a few years earlier and closer to home, Jana Wendt outside a Channel 10 Eyewitness News billboard, 1980: 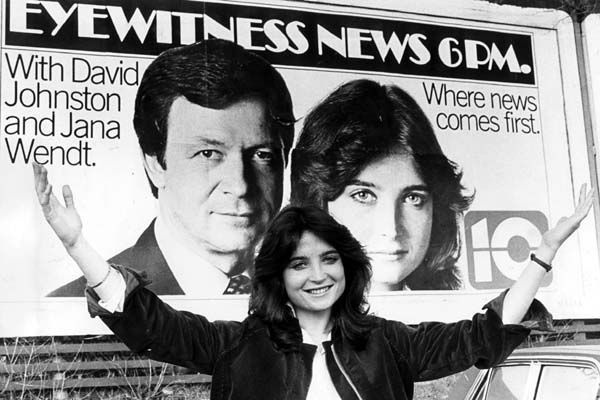 Channel Ten: “Give Me Ten” advertising at the Gold Coast in 1996. 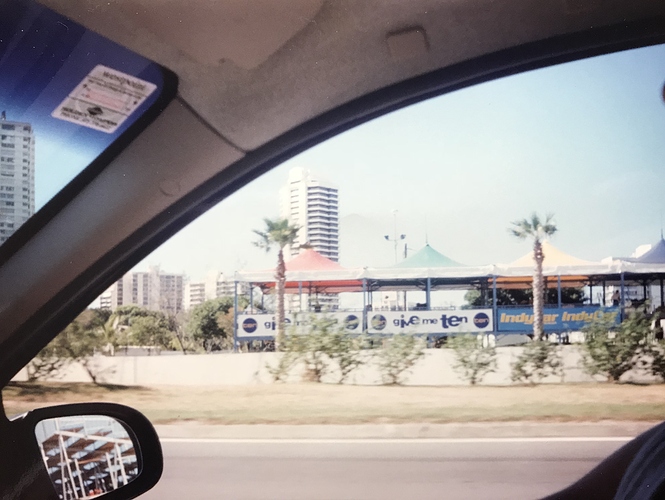 A Seven billboard outside HSV-7 following a redesign at the request of Steve Vizard: 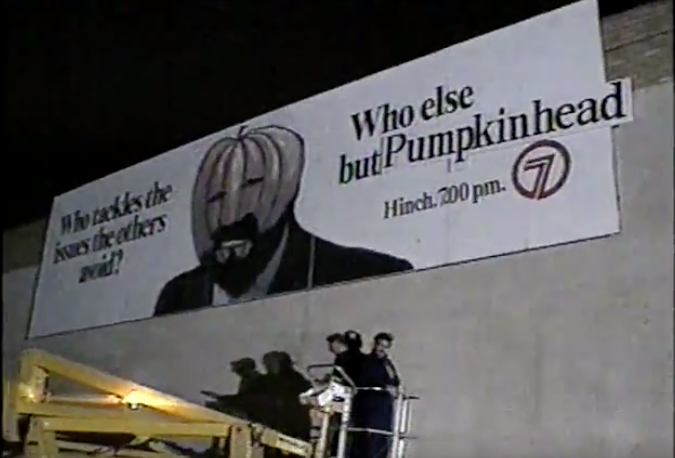 The Kiwis have come up with some fantastic TV billboard ads over the years. Here’s a selection: 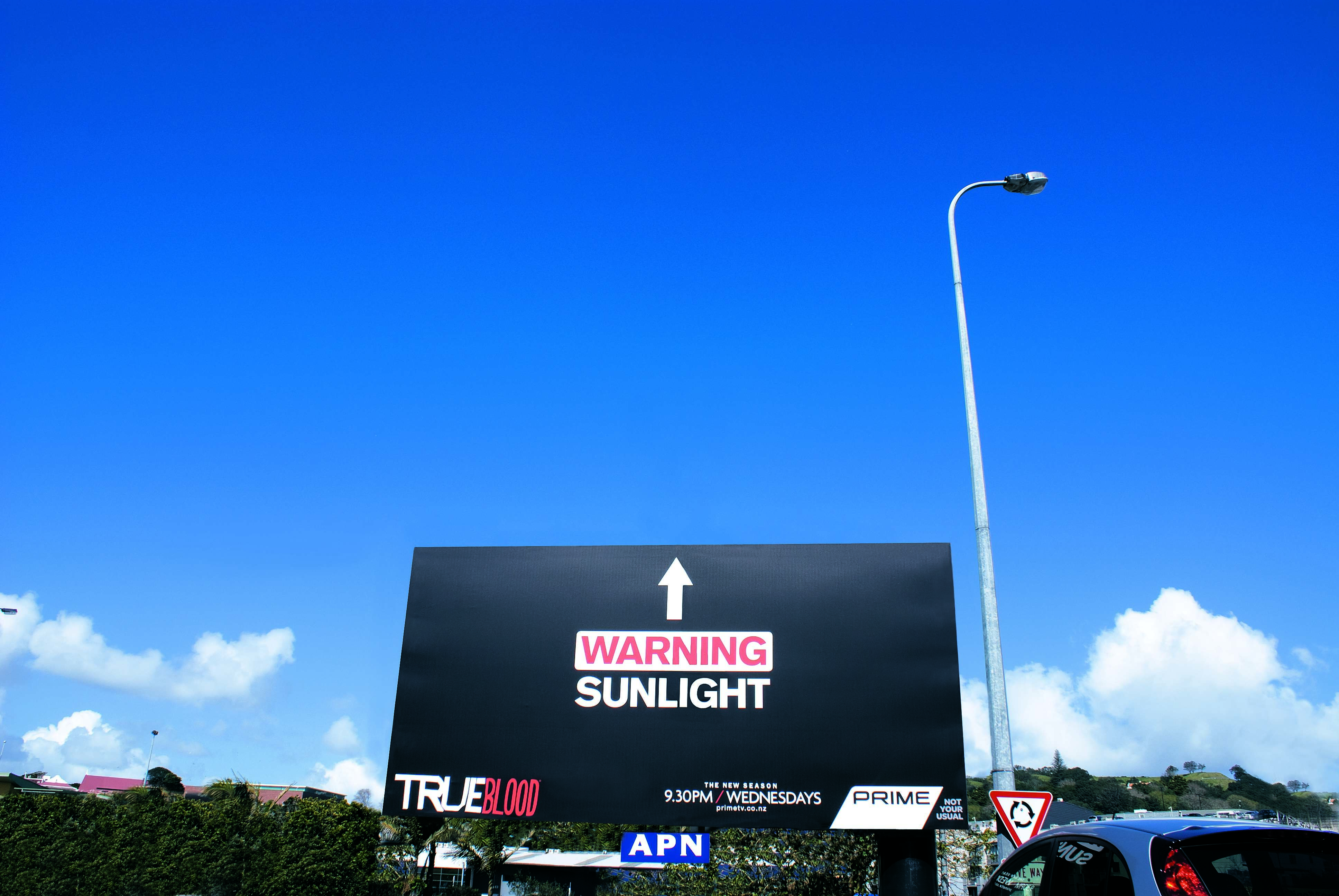 There’s a few more that I had trouble embedding, including ones for Law & Order, Legally Blonde 2, Lost, Once Upon A Time and Ugly Betty.

Channel 7 trying to get some awareness in Docklands back in 2003 (during a Channel 10 AFL game!) when they didn’t have the rights (and the fact that the one to watch sign seems to be illuminated compared to other signs) 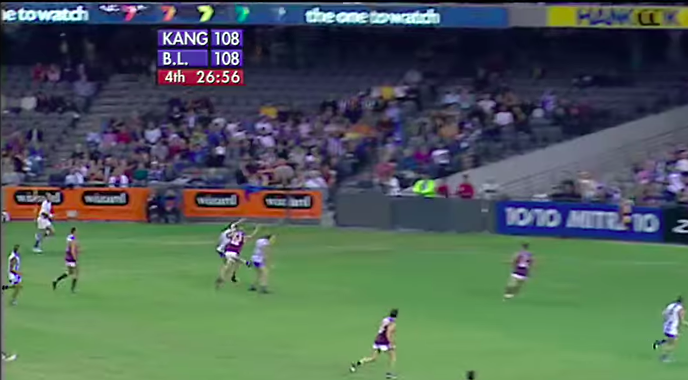 The Kiwis have come up with some fantastic TV billboard ads over the years. Here’s a selection:

Our advertising standards probably wouldnt allow most of those 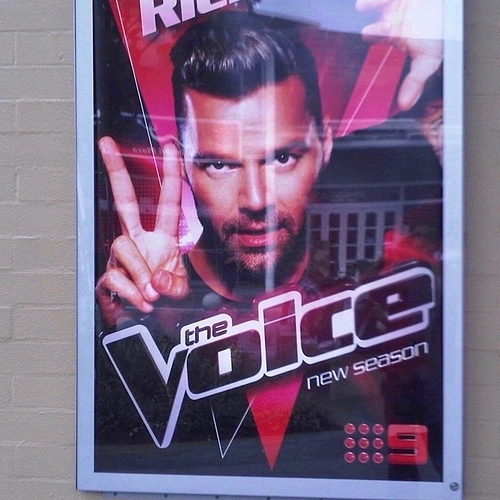 In response to the original post, I remember vividly as a little kid sitting in the back seat of my mother’s car as she drove me down that street in Launceston in 1996 I think it was, and seeing a WIN News billboard with Tom Payne and John Remess on it. As late as 2009, there was still an advertising board for WIN News from the mid 90’s just by the fence at the Deloraine football ground, the one shown in this match from 2001. 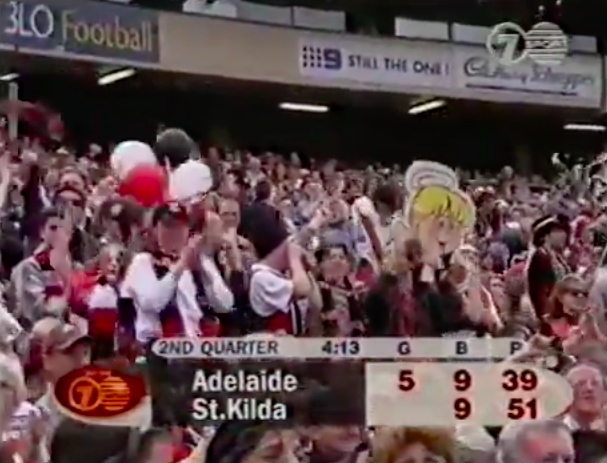 Isn’t that sign where Nine’s cricket commentary box was at the time?

What appears to be a very old ad for Seven National News with Ross Symonds on the back of a Sydney bus: 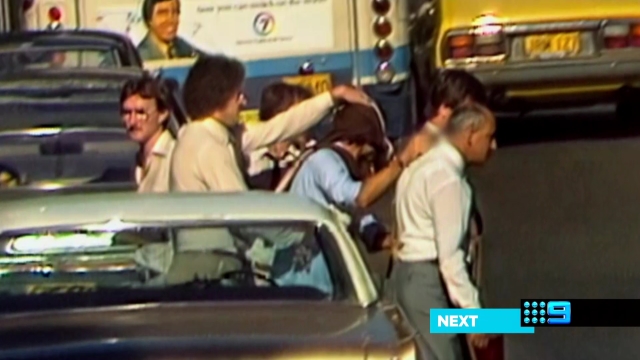 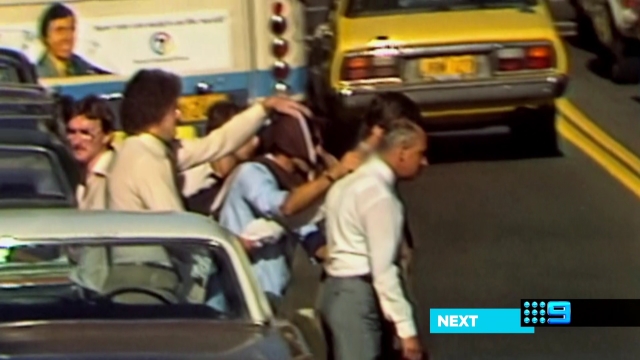 Ten News ‘First at 5:00pm’ advertising on the Western Distributor in 1996. 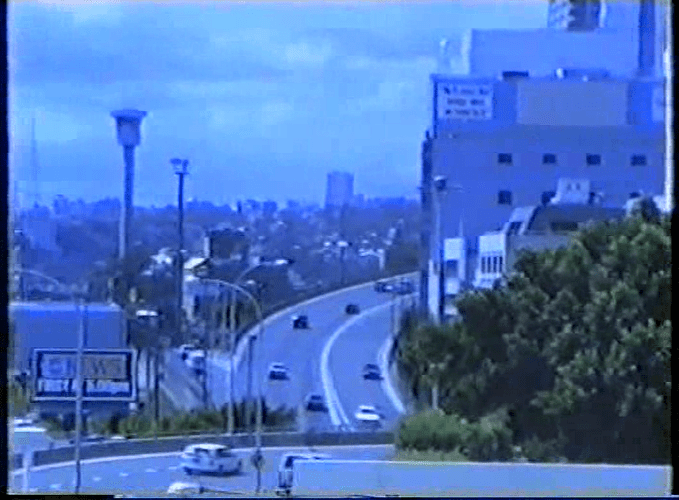 Its a pity there isn’t a photo in existence of billboards around Melbourne promoting Seven National News in 1987 with the slogan “All you need to know”. Apparently quite a few had “about Sydney” added onto them by disgruntled Melbourne viewers who were upset that the station was being controlled more and more from Sydney.

Not exactly a billboard but I was wondering if Sydneysiders know of the history of this sign as seen in Les Norton. 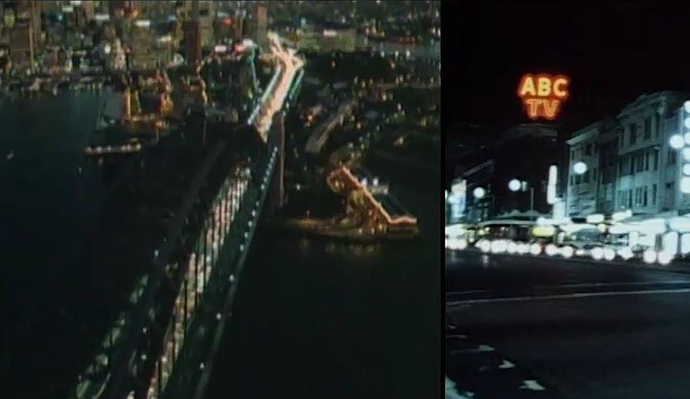 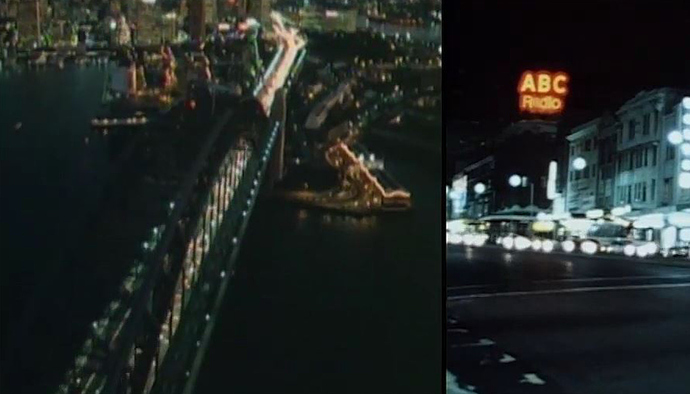 I believe that neon sign sat above the old ABC Radio studios. They were located above William Street at Darlinghurst, heading up towards Kings Cross. I assume it was taken down when these ABC Radio Studios and the ABC Television Studios at Gore Hill moved to Ultimo.

I visited those studios back in the late 80s when I was studying Electronic Engineering. Very cramped and ancient studios they were.