Rarriwuy Hick stars as a detective who investigates a suspicious car accident in the Indigenous community she left as a child.

True Colours stars Rarriwuy Hick as Detective Toni Alma, who is assigned to investigate a suspicious car accident in Perdar Theendar, the Indigenous community she left as a child and has had little to do with over the years. 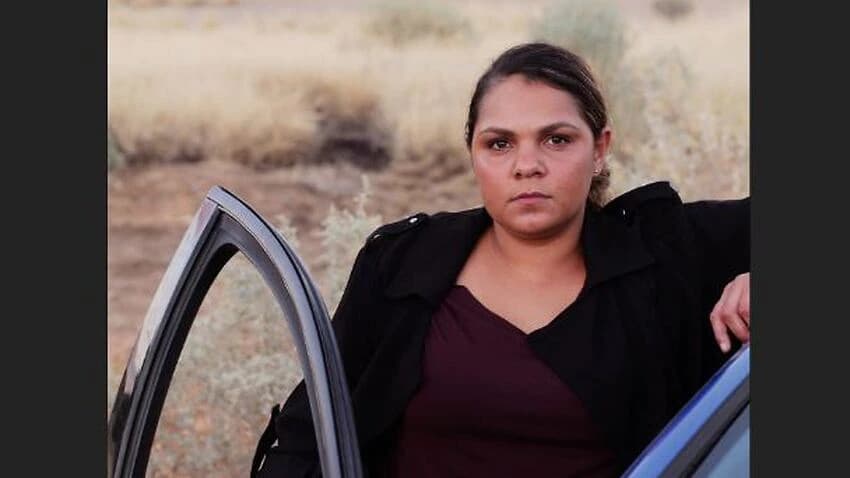 Rarriwuy Hick ( Redfern Now, Cleverman, Wentworth ) spearheads a talented ensemble playing Detective Toni Alma, who is assigned to investigate a suspicious car accident in Perdar Theendar, the Indigenous community she left as a child and has had little to do with over the years.

The beauty of Indigenous art and the sometimes-devious practices in the global art market take Detective Toni Alma on an epic hunt for a killer. Spanning her small Northern Territory community and art galleries across the globe, this is a murder mystery like no other, exploring culture, community and the very human pursuit of identity and belonging in this new four-part crime drama from Bunya Productions, with the support of Screen Australia’s First Nations Department, Screen NSW, Screen Territory and International partner About Premium Content.

Co-Creator, Writer and Director, Erica Glynn said “It’s an honour and a privilege to sit beside Warren H Williams, the Amoonguna Community, and the town of Mparntwe (Alice Springs) to mark a screen space for Arrernte people, language, culture and land.”

Director of Content at SBS, Marshall Heald, said: “SBS has a strong history of delivering exceptional drama with impactful storytelling. Our recent success with The Hunting, The Unusual Suspects and Hungry Ghosts demonstrates our continued commitment to telling diverse stories with a distinctive voice and purpose, to engage and entertain Australian audiences and True Colours continues that tradition. We are thrilled to bring this compelling story of family and the complexities of the Indigenous art world to life and look forward to working with an impressive cast and the talented creative team in Bunya Productions.”

Screen Australia CEO, Graeme Mason said , “Screen Australia’s First Nations Department is proud to support True Colours, the first scripted series the Department has worked on with SBS. This is a strong and distinctive story from a team of accomplished filmmakers, with high quality scripts from Steven McGregor, Erica Glynn and Danielle MacLean, and in the capable hands of Bunya Productions, we anticipate this being another must-see series on SBS.”

Director of Screen Territory, Jennie Hughes, said: “We’re delighted to be partnering with SBS, Screen Australia, Screen NSW and Bunya Productions in bringing yet another quintessential Territorian screen project to Australian and international screens. True Colours continues to see screen production activity in the Northern Territory flourish; with this edgy homegrown high-end drama series penned and directed by Indigenous Territorians, employing Territorian cast and crew, and providing economic opportunities for the wider central Australian region. The Territory is world renowned for the depth and richness of its Indigenous culture and so we could not be prouder to acknowledge the creative driving force of authentic Indigenous Territory voices behind this project with Steven McGregor, Erica Glynn and Danielle MacLean writing the series, and both Steven and Erica directing.”

True Colours is a Bunya production for SBS with development and major production investment from Screen Australia’s First Nations Department in association with SBS and NITV, Screen Territory and Screen NSW. APC (About Premium Content) is the global partner on the program. The series was co-developed with CAAMA (Central Australian Aboriginal Media Association). 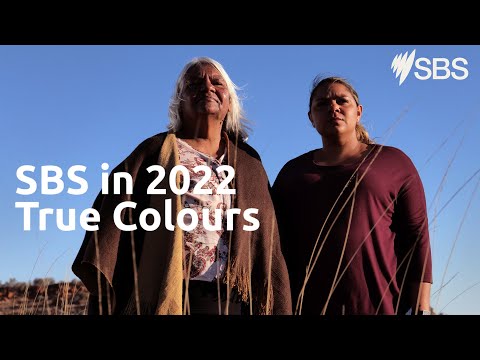 Things are not what they seem in SBS and National Indigenous Television’s (NITV) compelling four-part crime drama True Colours. What starts with the investigation of a car accident soon turns into an epic hunt for a killer. It’s a murder mystery like no other exploring culture, community, family and one woman’s pursuit to find her place within it.

Set in the fictional community of Perda Theendar against the backdrop of the Northern Territory’s Mparntwe (Alice Springs) and Yeperenye (East MacDonnell Ranges), the series in English and Arrernte, is a ground-breaking insight into the Arrernte peoples’ connection to art and cultural practices.

Detective Toni Alma (Hick) is assigned to investigate a suspicious car accident in Perda Theendar, the Aboriginal community she left as a child and has had little to do with over the years. The beauty of Aboriginal art and the sometimes-devious practices in the global art market lead Detective Alma on a hunt for a killer in her hometown.
The creative team behind this bold story are co-creators Erica Glynn (Redfern Now, Black Comedy, She Who Must Be Loved) and Warren H. Williams (who also stars in the series as Detective Alma’s uncle, Samuel), with writers Erica Glynn, Steven McGregor (Sweet Country, Mystery Road), and Danielle MacLean (Little J & Big Cuz, Mystery Road). The series was produced by Penny Smallacombe, and Bunya Productions’ David Jowsey and Greer Simpkin, the award-winning team behind Sweet Country, Mystery Road, and Goldstone. 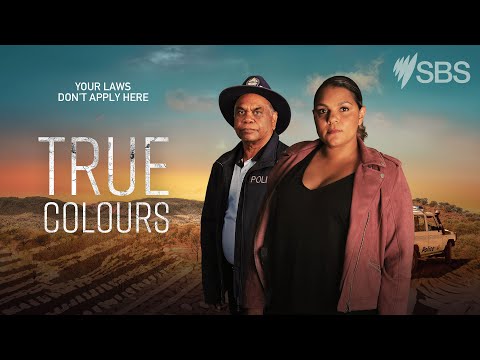 SBS Head of Scripted Julie Eckersley and NITV Head of Commissioning and Programming Kyas Hepworth said: “SBS and NITV are a great team. We believe in the unique power of fiction to transport audiences into fascinating and often underexplored worlds not otherwise seen on Australian TV. True Colours is NITV’s first foray into long-form drama and continues our commitment to telling diverse stories with a distinctive voice. This is not only a remarkable drama, but also a significant moment in television history.”

Producer Penny Smallacombe said: “The gift of True Colours is its stellar on-screen and behind the scenes talent. Erica Glynn and Warren H. Williams created characters and a storyline with complexity and meaning from which audiences can experience Arrernte people, language, and culture. It’s opened a door and I hope audiences realise what a privilege it is to be let into this world.”

Rarriwuy Hick said: “ I’m beyond proud to be involved in such a ground-breaking drama series that takes viewers deep into the world of a First Nations community as it has never been seen before, also showcasing Arrernte language which is extraordinary to hear and perform. It’s always a pleasure to bring a character to life on screen, but there’s something special about playing Toni Alma . As a woman who is trying to work out who she is and what she wants, she is as equally drawn to her family and culture as she is confronted by it. I can’t wait for everyone to see this amazing series.”

True Colours is a Bunya production for SBS with development and major production investment from Screen Australia’s First Nations Department in association with SBS and NITV, Screen Territory and Screen NSW. APC (About Premium Content) is the global partner on the program. The series was co-developed with CAAMA (Central Australian Aboriginal Media Association).

The series will be subtitled in Arabic, Traditional Chinese, Simplified Chinese, Vietnamese and Korean and will be added to the language collections on SBS On Demand.

SBS hasn’t had many dramas airing at the key timeslot of 8.30pm Monday.

Also, SBS is showing the drama on four consecutive nights rather than across four weeks. 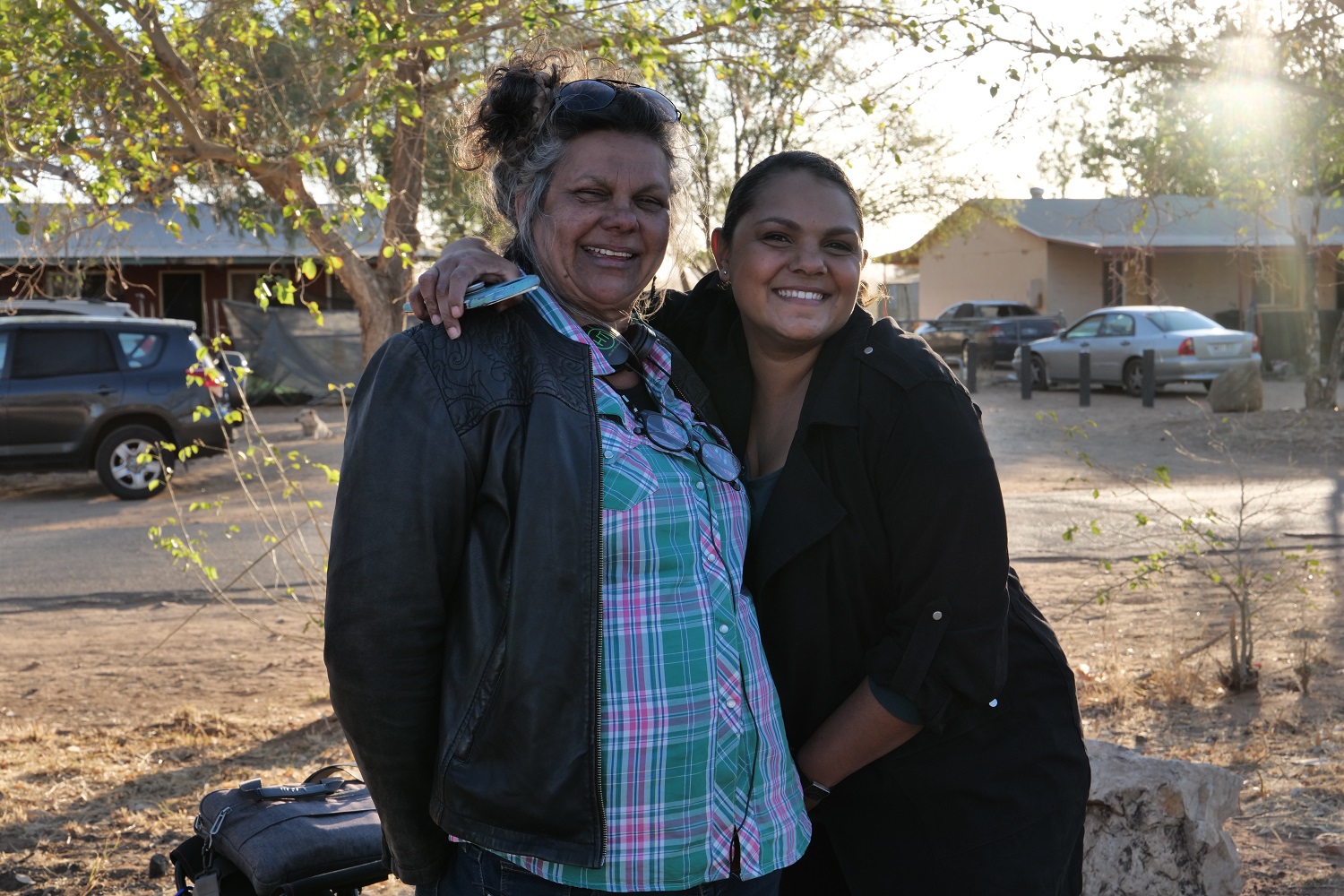 "There are so many Aboriginal languages across this country and we want them all on screen. Even the ones that are being revitalised, there's a place for it. It's rich; our country is rich with this stuff."