Please forgive me if there is a more specific thread for this topic, but I thought it would be an interesting topic to reflect on.

To kick off, I found this Youtube clip of UK show TVam presenting a Bicentenary edition from Australia. My question - is this the Today show set from 1988?

to compare with some glimpses here:

The Today show premiered on Nine on Monday 28 June 1982. It was scheduled to launch in February, but due to Channel Ten blocking Sue Kellaway joining the program because of a contract dispute it was delayed. Instead Nine launched an interim show National News Today with Steve Liebmann from Monday 15 February 1982, which was a 1 hour program 7:00-8.00am, until Kellaway was available. Nine was showing cartoons at breakfast before this. TCN’s long-running junk food ad filled children’s breakfast program The Super Flying Fun Show had finished on Friday 16 November 1979. 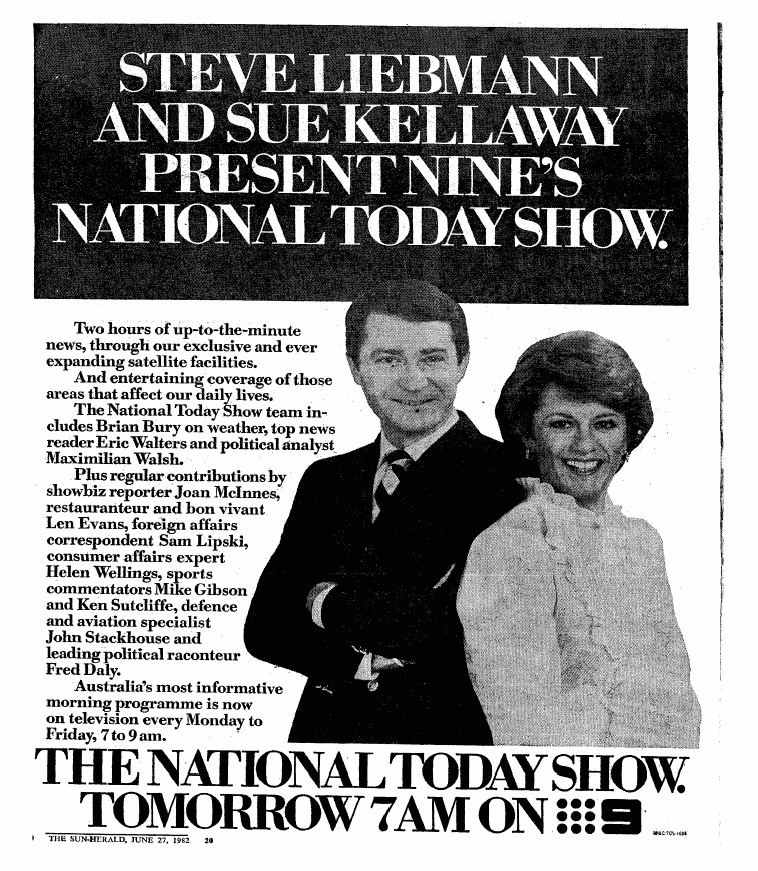 Does anyone have any videos or further information on the National News Today with Steve Liebmann?