The School That Tried to End Racism

The School That Tried to End Racism 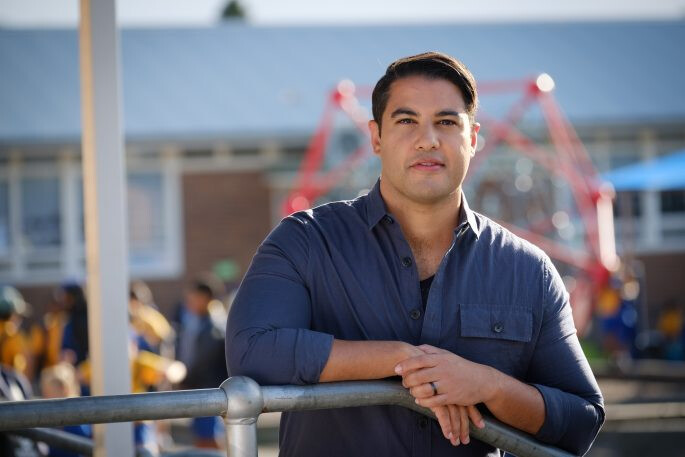 Popular media personality and Walkley award-winning journalist, Marc Fennell, hosts The School That Tried to End Racism , an audacious three-part series commissioned by the ABC with production investment from Screen Australia. Premiering later this year on ABC and ABC iview, the series explores a ground-breaking social experiment designed to educate school children in racial bias and provide them with the tools to make positive change.

Produced by Screentime Australia and filmed recently at a Western Sydney primary school, a team of inspirational educators and psychologists attempt to reverse the racial bias in an ordinary multicultural class of 10-11-year-old children. Using a bold new programme for the first time in Australia, the series follows the students and their families as they confront racism head on in an effort to unpack the status quo.

Marc Fennell says “This series is one of the most important things I have ever been a part of. It’s about solutions. Too often, conversations about race in Australia get derailed by accusations, offense, and defensiveness. This programme is about honesty and tangible, inclusive change. These big-hearted students, teachers, and families have taught me so much about what Australia could be. I can’t wait for you to meet them.”

ABC’s Managing Editor Factual, Richard Huddleston says “This is such a timely series, and my thanks go out to everyone from the school and its community who should be really proud of what they have achieved. Their collective experience will start conversations, create change and inspire audiences of all ages”.

Screen Australia’s Head of Content, Sally Caplan says “We are proud to support this documentary which is set to add to the critical conversation around racism and aims to inform the cultural debate on a confronting and complex issue. It’s a program that has the potential to inspire change and transform lives and I look forward to seeing it on ABC later this year.”

Deborah Spinocchia, Screentime Australia Executive Producer, says “It has been a truly humbling experience to work with students, teachers and parents who all courageously volunteered their time to tackle such an important issue. Watching the school programme unfold offered insights into the deep thinking of young students while allowing space for self-reflection and the unsettling discovery of the toll of racism on both young and old.”

Based on The School That Tried to End Racism : an original programme by Proper Content Limited licensed and distributed by Banijay Rights Limited.

The School That Tried To End Racism will air on ABC and ABC iview later this year. 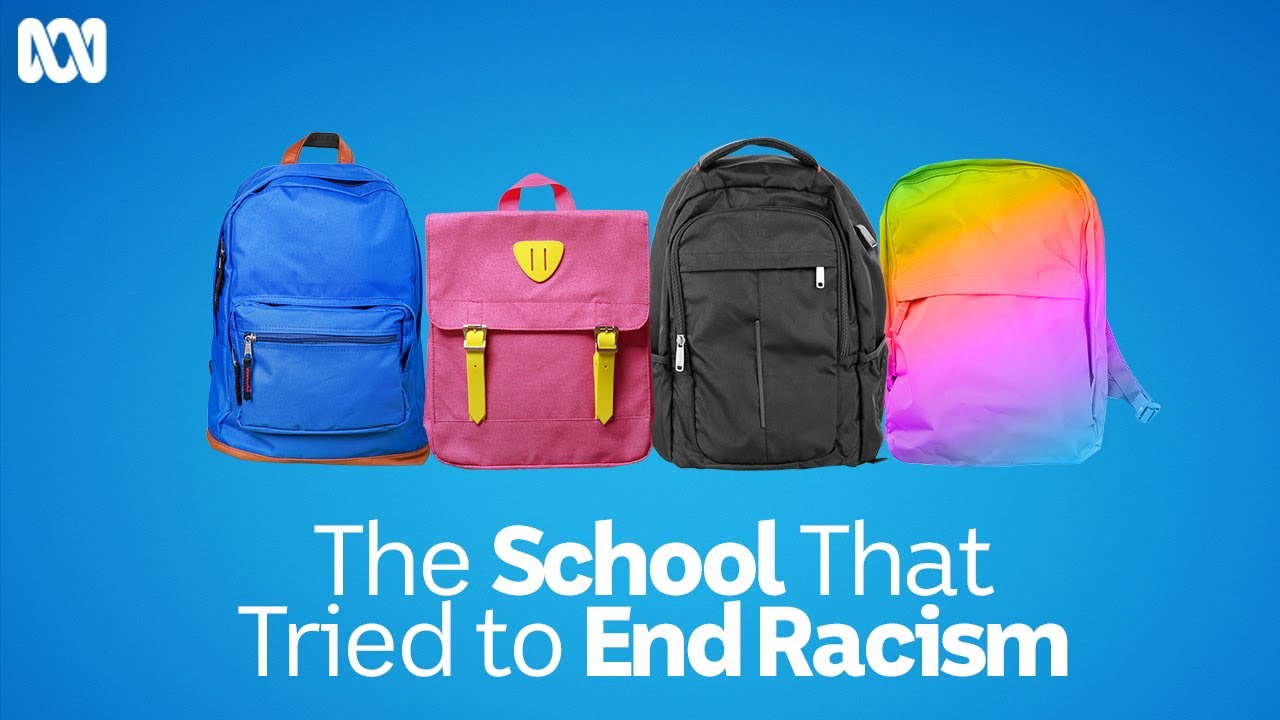 Based on the UK BAFTA award-winning series, The School That Tried to End Racism explores a ground-breaking pilot program designed to provide school children with the tools to identify racial bias and make positive change.

Filmed in a NSW primary school, a team of inspirational educators, and leading expert Professor Fiona White, attempt to reverse the racial bias in an ordinary multicultural class of 9 to 11-year-old students.

Over three weeks the students go through a series of entertaining and eye-opening activities in and out of class that challenges everything they thought they knew about race. Each activity is designed to get them thinking about stereotyping, prejudice and racism. During the program, the students learn the personal impact of racism and how it affects not only themselves but also their classmates.

Beyond the classroom the students meet Comedian Nazeem Hussain, Writer and ABC Sports Reporter Tony Armstrong, Olympian Bendere Oboya, Editor and Founder of Ascension Sasha Sarago, Associate Professor Anna Clark, and Uncle Michael Welsh and Uncle Richard Campbell, who share their experiences and knowledge to assist the students with their understanding of racism.

"If you're a mix ... you don't necessarily belong anywhere" | TV Tonight

Marc Fennell's new ABC series explores racism at an early age, in the hope of reducing it in later life.

One of the issues that is addressed in the series is casual racism on television. Examples that are shown to the children and discussed include Con the Fruiterer and Chris Lillie. When other shows were shown where the actors were of the same ethnicity of who they were mocking it was perceived as not as bad. I wonder where shows that are still on air like Fat Pizza fit into this spectrum.

The show appeared on MEdiaWatch this week.

A documentary that explores racism in a NSW primary school is branded ‘child abuse’ by critics from the IPA and News Corp.

As noted in MediaWatch the commentary surrounding the show was made before the first episode went to air and was based on the trailer.

Response to James Morrow and The Daily Telegraph

In two articles in today’s The Daily Telegraph (one by journalist James Morrow and an opinion piece by Dr Kevin Donnelly), various claims about new ABC documentary The School That Tried to End Racism are based on a short trailer for a 3 x 1 hour series that is yet to air. None of those claims were put to the ABC prior to publication. Unsurprisingly, those articles are ill-informed and misleading.

We encourage viewers to make up their own minds by watching the program when it premieres on ABC TV and ABC iview at 8.30pm tonight (not last night, as Mr Morrow mistakenly claimed).

For further context, we have published below the full statement the ABC provided to Mr Morrow:

Separately, Mr Morrow’s claim that students in the series were “forced” to participate in some activities is incorrect. The parents of the students opted into the project and the school carefully vetted the students participating. The executive producer met with all families prior to their inclusion in the production and talked through, scene-by-scene, the lesson plans and anticipated outcomes of the program, as well as the intended filming schedule and safety protocols.

The ABC TV series The School That Tried To End Racism is designed to give all children, regardless of skin colour, an opportunity to celebrate difference and a greater understanding of the incidence and impact of racism and racial bias, along with constructive ways they might tackle it.

The three-week evidence-based program undertaken in the program was initially developed by academics in the United Kingdom and United States and adapted to Australian experiences of race, multiculturalism, education and ethnicity. This process included consultation with ethnic groups, developmental psychologists, academics and educators.

Exercises and activities in the three-week lesson plan encouraged students to think about issues such as stereotyping, prejudice and discrimination. Those exercises included affinity groups, which have been used in US schools to tackle racial bias. For many students in the ABC TV series, such groups were the first time they were able to discuss their personal experiences and feelings about race in a safe environment, before being reunited as a class to share their learnings.

Such discussions clearly showed that the majority of children already knew what racism was and had either experienced it directly or observed acts of racism. For some, racism was already affecting their health and well-being.

The ABC TV program does not use the Implicit Association Test. Rather, students were asked to complete a Cultural Issues Scale questionnaire that measured their attitudes, emotions and behaviours towards race.

The questionnaire was developed by Professor Fiona White, from the University of Sydney, one of Australia’s leading experts in social psychology and racism, who has spent the past 25 years researching and developing programs to reduce racism and prejudice.

Results of the questionnaire showed significant reductions in racial bias among the students. The program also gave the students better understanding of others and increased the number and cultural diversity of their friendship groups.