THE RUNDOWN: A NEW ONLINE VIDEO SERIES FROM NINE NEWS

Nine News today announced the launch of The Rundown, an online video series revisiting and celebrating some of the most memorable news stories of recent times.

Hosted by Nine News sports presenter Tony Jones, The Rundown will draw upon the vast archive of Nine’s historical footage to provide a fresh look at the stories that have shaped the cultural identity of our nation.

Combining flashback footage with new interviews with the identities behind the stories, The Rundown will be appointment viewing for those who want to relive Australia’s most historic news moments, or anyone who just loves a good yarn.

The launch episode focuses on the unforgettable moment that Kerryn McCann won the Marathon gold medal at the 2006 Commonwealth Games in Melbourne.

On March 19 of that year, Greg McCann watched from the stands as his wife Kerryn, 38, and eldest son Benton, 9, ran a lap of honour at the MCG. Kerryn had just retained the crown she won at the Commonwealth Games in Manchester in 2002, in a thrilling finish to the women’s Marathon.

Just over 12 months later she was diagnosed with breast cancer after discovering a lump while pregnant with their third child. Youngest son Cooper was born in 2007, but sadly Kerryn passed away in December 2008.

Speaking to Tony Jones in the first episode of The Rundown, Greg McCann reveals that he still thinks about that memorable moment every day. We also learn of his new life in Hawaii and meet Benton, who pays tribute to his mother while recalling his memories of that amazing day.

The Rundown is available to stream now at 9news.com.au, with new episodes dropping weekly.

Interesting idea. Good on them for trying something new and smart trying to extract more value out of their news content. 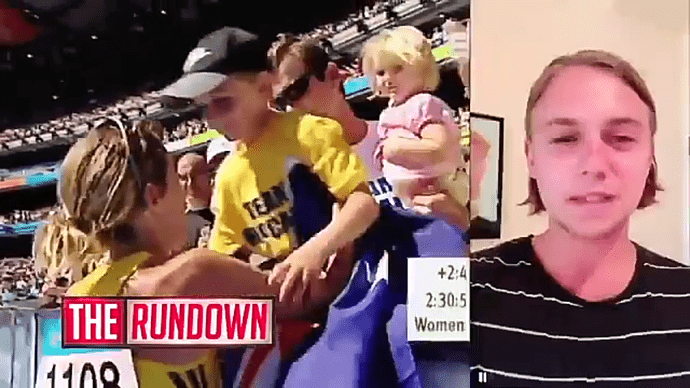 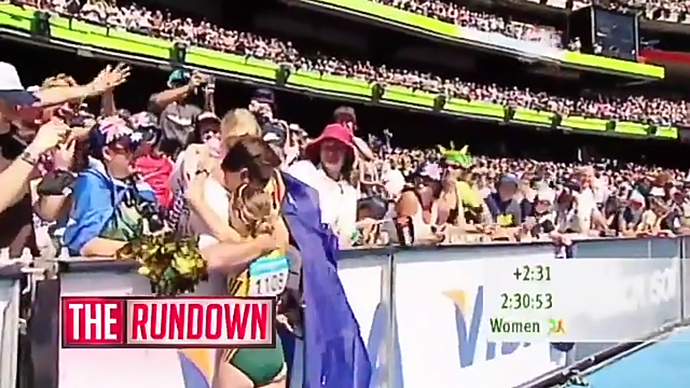 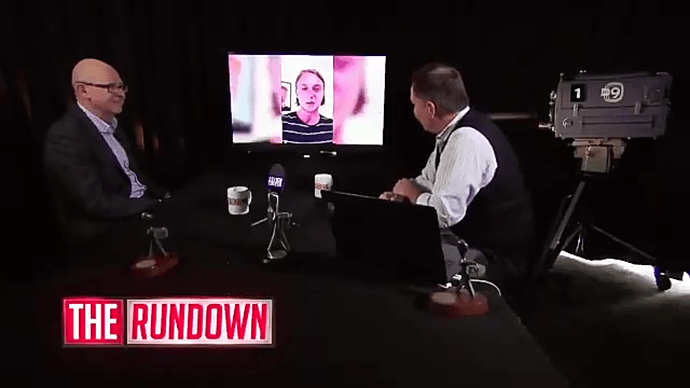 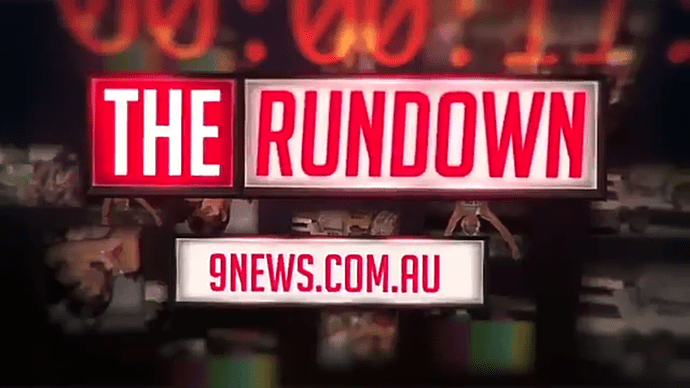 Episode two will be about the history of The Logie Awards.

Looks like something off a Community TV. Could of at least put a decent desk in there?

Seems like an attempt to build Tony’s news cred before he replaces Pete on Nine News.