The Rise of the Murdoch Dynasty

The Rise of the Murdoch Dynasty 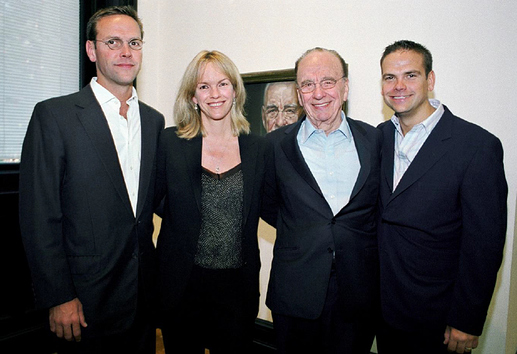 Over the last 50 years, one man has played an unparalleled part in transforming British society. That man is Australian born Rupert Murdoch.

Feared and fêted by politicians, Murdoch has built the biggest media operation on the planet. His empire has given him extraordinary power and influence. This is its story. It’s an electrifying study of the Murdoch dynasty, charting the ups and downs of an empire. From the ambition that fuelled its success, to the criminality that led to the closure of the News of the World, and the Leveson Inquiry. Ultimately, the empire is broken up. But there’s a powerful new ally in the White House. 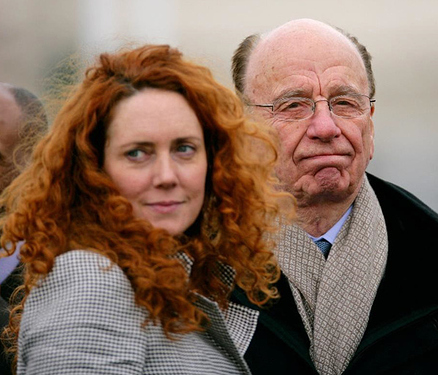 Kingmaker is the story of how Rupert Murdoch wields power. The episode begins with the young Labour Leader, Tony Blair, flying halfway around the world to Murdoch’s tropical Island in order to seek his support in the upcoming 1997 UK election. As trouble brews with the current PM John Major, Rupert must now choose which candidate is better for his business. When Murdoch decides, the full force of his newspaper empire is put into action, but for many Murdoch’s support comes at a high price.

Whilst Murdoch’s deciding who he wants as Britain’s next leader, he’s also trying to work out which of his children will take over his billion-dollar global empire. There’s the eldest Elisabeth, Lachlan, who’s known as ‘The Prince’, and the youngest James, the outsider who’s set up his own rap record label.

Meanwhile, an ambitious young editor is fast making her way within the Murdoch empire; Rebekah Wade. As Murdoch’s links with the UK government develop, politics, celebrity and family combine in a fascinating web, with Rebekah and Rupert right at its heart.

Rupert’s personal life is thrown into turmoil when he meets a young woman who’s been working in his Hong Kong office: Wendi Deng. Their marriage detonates ‘a bomb’ in the family, with Murdoch’s sons reportedly taking a dislike to their new stepmother. Then his daughter Elisabeth marries a man who has reservations about her father, further complicating Rupert’s plans for succession.

With Murdoch enjoying unprecedented access to the British government, he lobbies for war in Iraq, and repeatedly telephones the Prime Minister. Over 160 of Murdoch’s editors across the globe support the war. With Murdoch seemingly at the peak of his powers and influence, something sinister is beginning to emerge deep inside his empire. Rebekah Wade, now editor of The Sun, admits at a parliamentary select committee that News International newspapers had paid police officers for information. It appears that beneath the surface, Murdoch’s tabloids are out of control. 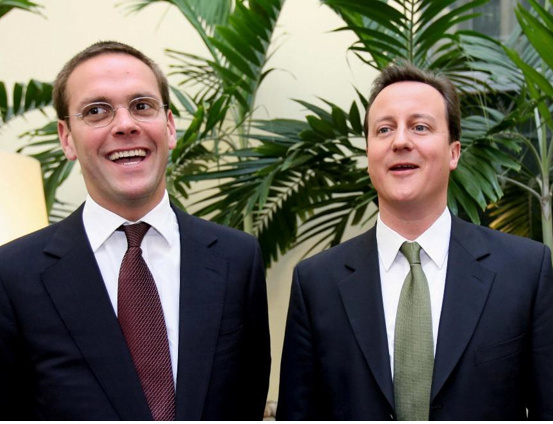 The Rebel Alliance tells the story of a disparate group of individuals whose mission is to expose criminality and wrongdoing within Murdoch’s Empire. This group includes movie star Hugh Grant, Formula 1 boss Max Mosley and investigative journalist Nick Davies. Together they try to expose the criminality that has been taking place within the Murdoch Empire.

The story begins amid calls of nepotism, with Rupert putting his son James in charge of BSkyB Television, a move that will test Murdoch’s youngest son’s suitability to succeed his father in running the family business.

A general election is on the horizon, and the political classes circle Murdoch in search of his support. At Rebekah Brooks’ opulent wedding in the Cotswolds, Gordon Brown and David Cameron vie for Rupert’s political affections. Cameron seems to be the favoured one, not least because he’s good friends with Rebekah’s new husband: Charlie Brooks. On the very same day of the wedding, investigative reporter Nick Davies begins work on a story that will blow a hole in the Murdoch Empire. A chance meeting between Nick Davies and millionaire Max Mosley leads to an anti-Murdoch alliance forming, a network that grows to include actor Hugh Grant and Labour politician Tom Watson.

Journalist Nick Davies uncovers further criminality within Murdoch’s organisation. He finds links to an ex- Murdoch editor who is now working closely with David Cameron, allegedly hired because of his access to the Murdoch Empire. It’s all become very cozy, and to some, very wrong.

Facing a backlash from the Murdoch Empire, the rebel alliance continues to uncover serious wrongdoing, but little is done about it, to the point where they begin to feel disillusioned and discredited. But then one moment changes everything. Evidence that the Murdoch press have hacked the phone of a murdered schoolgirl, Milly Dowler, sends shockwaves around the world and the scandal erupts.

Rupert flies in to deal with the situation and support his son James. Senior Murdoch staff are arrested and charged, and Rupert shuts down The News of The World newspaper. Along with son James, Rupert is forced to appear for parliamentary questioning in a tense public showdown with politician Tom Watson.

The scandal unravels and casts serious doubts over James’s ability to succeed his father in the running of the family business. For Rupert, it’s the most humble day of his life. 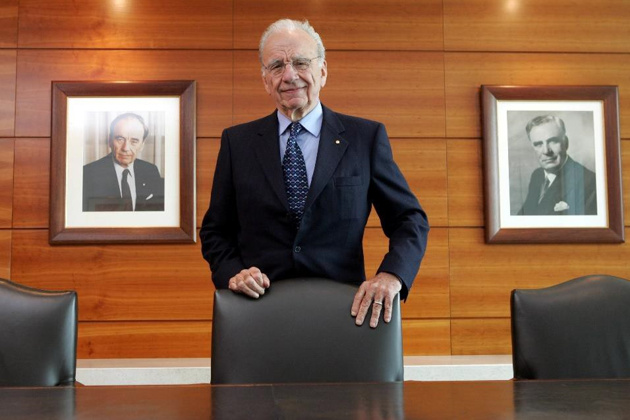 The Comeback tells the story of Rupert Murdoch’s remarkable journey from the most humble day of his life, to arguably his most powerful moment, and finally concludes the question of succession within his own family.

Following the fallout of the phone hacking scandal, Rupert cuts a lonely figure. Murdoch’s son James has failed to prove himself as a worthy successor, his political allies have deserted him, his reputation is in tatters, his beloved mother passes away, and to add insult to injury revelations come to light about his wife’s infatuation with one of his friends, ex-Prime Minister Tony Blair, which contributes to the break-up of his second marriage.

Examining Rupert’s past, it’s clear that he enjoys a battle, and boasts a unique inner strength to fuel a comeback. Some say he is at his best when his back is against the wall.

Rupert meets Nigel Farage, and together they begin plotting Brexit strategy. Then American billionaire, Donald Trump, meets Murdoch for dinner to discuss his plans to run for the US Presidency. Trump wants Rupert’s help and Murdoch senses opportunity. Slowly political relevance is returning.

On the personal front, Rupert begins dating model Jerry Hall. Their wedding is attended by all of their children and sees the political and cultural elite come out for Rupert once more.

Rupert promotes both of his sons as equals at the top of his Empire, setting them up in competition for who will be his ultimate successor. But before they can worry about who will take over, the two sons must deal with Roger Ailes; the notorious co-founder of Murdoch’s powerful and controversial Fox News channel.

Murdoch is intimately involved in the campaign for the Brexit vote, and the US Presidency, and on both momentous occasions he finds himself on the winning side. With his comeback complete, Murdoch suffers a catastrophic yachting accident that sees his family rush to his bedside. But Rupert recovers, and surprises everyone with one last huge business deal worth $71 Billion, and finally settles the burning question of
which of his children will run the family business when he’s gone.

ABC is pleased to announce the much anticipated 3-part documentary, The Rise of the Murdoch Dynasty will be available to binge, and premiere on the ABC later this month.

Over the past 50 years, one man has played an immeasurable role in transforming the media landscape and broader society, across multiple countries, for better or worse. That man is Rupert Murdoch.

Feared and fêted by politicians, Murdoch has built the biggest media operation on the planet. His empire has given him extraordinary power and influence. This is its story.

It’s an electrifying study of the Murdoch dynasty, charting the ups and downs of an empire. From the ambition that fuelled its success, to the news hacking scandal that led to the closure of News of the World.

Ultimately, the empire is broken up. But there’s a powerful new ally in the White House.

UK based Director Jamie Roberts ( The Fires That Foretold Grenfell, Manchester The Night of the Bomb ) is available for interviews.

The Rise of the Murdoch Dynasty - available to binge on ABC iview or watch on Sunday 20 September at 7:40pm on ABC.

Alan Kohler picked six books about Murdoch from his collection and put them on his home office table for all to see, during his finance report on ABC News tonight. Clever indirect way to promote the documentary. 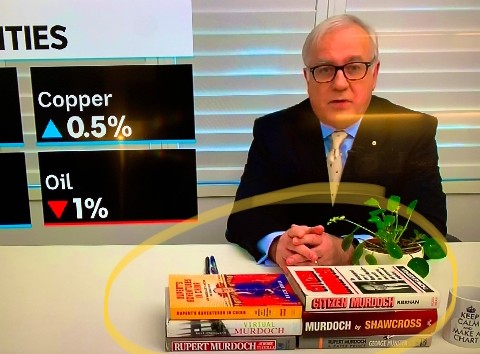 … and in breach of ABC Editorial Policies 11.7

Complaints unit backs makers of Rise of the Murdoch Dynasty, except over section on Tory ‘sleaze’ stories