What if every luxury you’d ever dreamt of was right at your fingertips? How hard would you fight to keep it? Welcome to THE RICH HOUSE – a fun, family-friendly competition series giving everyday Australians the chance to live the life of the super rich

Inside THE RICH HOUSE is an embarrassment of riches… a Lotto winner’s lifestyle, an unimaginable dream, and 12 lucky Aussies are about to be given the chance to move in, live it large and win big. But making it to THE RICH HOUSE takes hard work. These Aussies must face a series of spectacular challenges to get there.

Succeed and the rewards are out of this world. Fail and life will lose all luxury.

THE RICH HOUSE is an original format from Seven Studios. 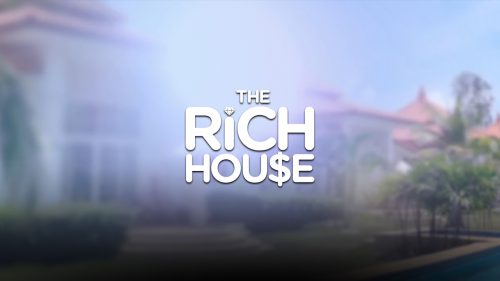 It’s like the Hunger Games. It’s becoming a reality!

So the prize at the end?
The house maybe?

Hey does anyone know what happened to this?

In July, TV Tonight noted about the " Seven ….still to come" press release:

But the list is also interesting for the titles that are absent: 800 Words, Wanted, The Blake Mysteries, Instant Hotel, Emergency Call ( Update: Seven confirms all coming this year ). Also absent are The Rich House and Australian Gangster , both of which Seven indicated were delayed and unclear if they are proceeding.

So we’ve had 800 Words, Wanted, Emergency Call but The Blake Mysteries, Instant Hotel are yet to screen.

I think I read somewhere that Australian Gangster has been definitely been abandoned now and I’d say The Rich House has too.

Unless they just thought it was easier to just buy Big Brother rights?

According to Screen Australia, Australian Gangster is in post production

Drug dealer, gangster, gym-junky, Lamborghini driver, husband, father, dickhead. AUSTRALIAN GANGSTER is a four hour TV series about the life and death of a new breed of Sydney criminal. The kind that doesn't care about playing it safe or keeping...

Looks like a miniseries instead of an actual series. They’ll probably reannounce it on Friday.

It was always going to be a short-run series. I wonder if they reduced it in length after the last few Underbelly series struggled.

Is The Rich House like Big Brother but with Contestants enjoying a Posh Lifestyle?

I think the description was a “Rich house V Poor side” style of program. Doing a series of challenges to compete for money

7 looks in trouble to me. News and Sunrise the only real performers. Their multichannels even seem to be underperforming

Agree. I think Ten also need to do something to prop up their schedule. Maybe they should look at getting Big Brother back.