The New Legends of Monkey

##The Legend of Monkey 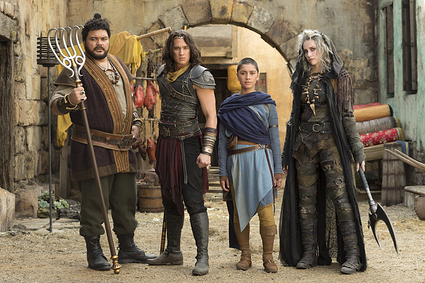 Production is underway in New Zealand on the major new live action television series The Legend of Monkey, which will premiere on ABC, TVNZ and on Netflix around the world in 2018.

Inspired by the 16th Century Chinese fable Journey to the West, the 10-part half hour series follows a teenage girl and a trio of fallen gods on a perilous journey as they attempt to bring an end to a demonic reign of chaos and restore balance to their world.

The series is being filmed at stunning locations in and around Auckland, New Zealand, as well as on spectacular purpose-built sets that bring to life the magical fantasy world our characters inhabit.

The Legend of Monkey is being produced for ABC, TVNZ and Netflix by the Oscar and Emmy-winning production company See-Saw Films together with Jump Film & TV. The series is an official New Zealand/Australian co-production with principal investment from Screen Australia in association with Screen NSW, Fulcrum Media Finance and the New Zealand Screen Production Grant.

Head writer is the acclaimed Jacquelin Perske (Seven Types of Ambiguity, Spirited, Will) with both Craig Irvin (Nowhere Boys) and Samantha Strauss (Dance Academy) providing additional writing services. Gerard Johnstone (Housebound, The Jaquie Brown Diaries) is the lead director and has worked closely with Jacquelin to realise this unique story. Additional episodes are being directed by Craig Irvin.

“The mythical tale of the Monkey King is a story that continues to captivate global audiences,” said Michael Carrington, Head of Children’s at ABC Television. “Our production partner See-Saw Films is bringing The Legend of Monkey to life through incredible locations and sets, an acclaimed production team and an exciting diverse young cast. We can’t wait for fans to see this new series that features the heroes they love and we are just as excited to introduce this reimagined magical and exciting world to a whole new generation of viewers.”

Rachel Gardner, for See-Saw Films said: “Jacquelin has adapted this classic literary work in such a way as to create an original fantasy world that is occupied by charismatic and interesting characters that will entertain all ages. Brought to life by the vision of Gerard, the story and setting will not be like anything we’ve seen before.”

Robin Scholes, for Jump Film & TV, said: “Gerard has the best people working at every level beside him so the production values on screen for cinematography, design, costume, and make up, are breathtaking as are the performances of a largely New Zealand cast. We’re also thrilled that Australian and New Zealand audiences will see it first on ABC and TVNZ.”

Andrew Shaw, TVNZ’s GM of Acquisitions, Commissioning and Production, said: “This is an extraordinary project to be involved with and we can’t wait to be the first to bring it to New Zealand audiences. Shot in New Zealand, with a team of Kiwis taking key roles in front and behind the cameras, The Legend of Monkey is big budget fantasy drama series that will surprise and delight family viewers globally and locally. We’re a business built on highly original content and this ticks all the boxes: it’s a tremendous tale, visually imaginative and made by talented people. Kids are going to love it.”

Andy Yeatman, director of global kids content at Netflix said: “We’re thrilled to distribute this world-class local production to young audiences around the world. The legendary Monkey King and his epic journey have mesmerised fans for ages. We’re delighted the creative team at See-Saw Films and Jump Film & TV are bringing this reimagining to life for ABC and Netflix.”

Jamie Laurenson and Hakan Kousetta of See-Saw Films said “A wonderful team of creatives and a crew of master craftsman are bringing an astonishing fantasy world to life. With ABC, Netflix and TVNZ we hope to bring an international audience of all ages to Jacquelin and Gerard’s reimagining of an amazing story."

The Legend of Monkey will air on ABC, TVNZ and on Netflix around the world in 2018.

So there are two modern adaptations of Journey to the West at the moment. The other is Into the Badlands starring HK actor Daniel Wu which currently airs here on Foxtel.

According to the ABC, the series will premiere on ABC ME with a 80 minute telemovie on Sunday 28th January 28 2018 at 6pm. Immediately following the broadcast, the complete series will be available on ABC iview and the ABC ME app. The remaining 7 episodes will broadcast daily at 6:00pm with the final on Sunday 4th February.

Title change to include “new” 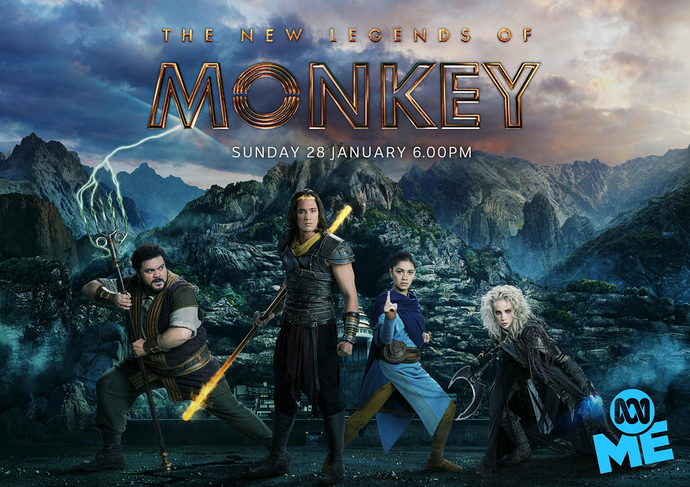 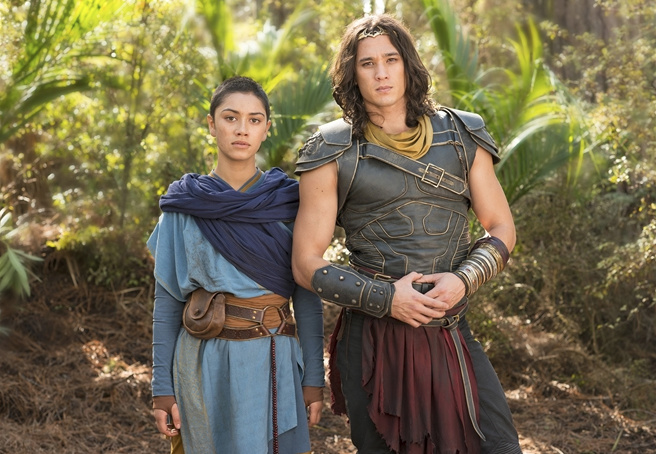 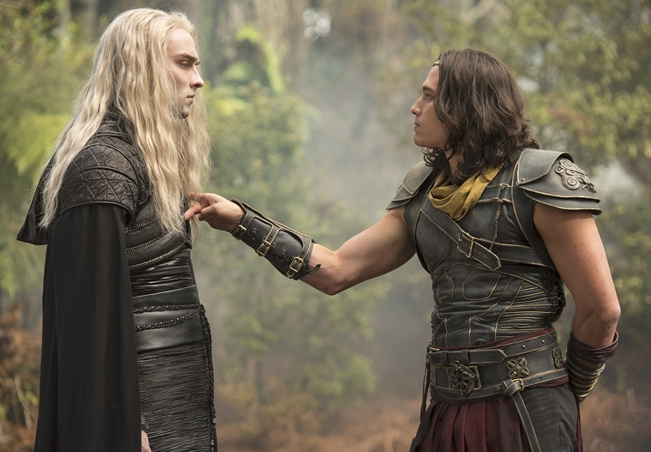 Another Aussie actor who has changed his name after a leading role in another series. I recognised his face now but didn’t recognise the name because he was previously known as Chai Romruen in Mako:Island of Secrets.

Why did they make the characters American accents?

Usually when they do historical or fantasy movies/series, they give them English accents.

It seems that all the Australian actors in the show have this fake American accent while the NZers have to put on an exaggerated Kiwi accent. There are also a few other exaggerated accents as well. Perhaps to make the settings seem exotic.

Bizarre. Seems strange that the Kiwis can have their own accents but the Aussies have to have the obviously fake accents.

Odd scheduling for this show. It starts Sunday 28 January at 6pm on ABC ME and then screens every night until Sunday 6 February.

10 episodes over 8 nights. I see that the first night runs 6pm to 7.10pm but I’m not sure if that’s supposed to be two episodes or three.

10 episodes over 8 nights. I see that the first night runs 6pm to 7.10pm but I’m not sure if that’s supposed to be two episodes or three.

It seems that all the Australian actors in the show have this fake American accent while the NZers have to put on an exaggerated Kiwi accent. There are also a few other exaggerated accents as well. Perhaps to make the settings seem exotic.

It’s a quality production but the accents really are all over the place.

It starts if with a lot characters with fake American accents. Then the townsfolk sound Aussie, Kiwi and English.

What’s really bad though is that the fakers are struggling to keep their fake accents in every scene. It’s really putting me off.

They stuffed this up.

I noticed Chai Hansen pop up in another Netflix series today Shadowhunters playing an Australian from Brisbane. Looks like an ongoing part.

Season 2 premiered on Netflix on August 7. Will it come to the ABC down the track?