##The Link with Stan Grant

Coming soon to Fridays at 7.30pm 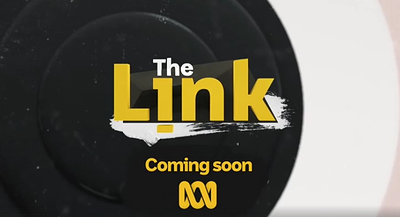 As previously advised Stan Grant has joined the ABC and will host a new 7.30pm show to air nationally on Fridays. ABC has reveled the show will be named The Link (with Stan Grant). 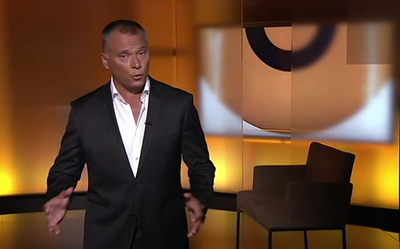 Good luck with that on a Friday at 7.30pm

It stretches in television from The Project, The Drum to the The Bridge, The Tunnel, The Middle, The Mick.

In movies we have such unimaginable titles as The Circle, The Boss, The Mechanic, The Accountant. This list is endless.

I still don’t get why Nine calls their TV Guide website The Fix.

Interesting approach with the name and branding style, though it’s hard to get a good impression of the set with the shot we can see there. Another thing to mention is the black and white colours in tandem with the new corporate colour and the use of the ‘oneABC’ font, and the use of yellow as an accent in the set itself. Perhaps my predictions are coming true?

In movies we have such unimaginable titles as The Circle,

Not so long ago, we had a morning/afternoon show on Ten with that exact name, so not such an unimaginable title by Ten’s standards!

What’s the show about? Title doesn’t give much away.

It’s a voice of the people type set up. Longer promo here:

The Link with Stan Grant coming soon to Fridays at 7.30pm.

Caps of the set from the video. 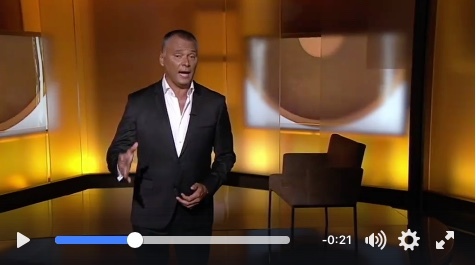 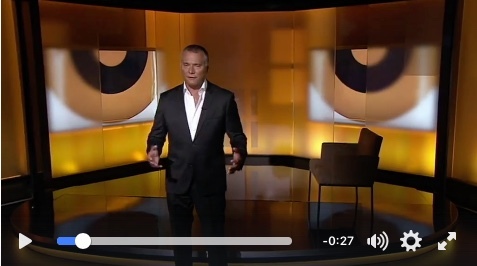 I would have called it ‘Stan Grant’

I’d go for “Stan” but we know that couldn’t happen.

I’d go for “Stan” but we know that couldn’t happen.

The Link also asks viewers what news matters to them, and why. It finds out what people want to know, and what knowledge and insights they have to share with the rest of us.

Hosted by one of Australia’s most highly-regarded journalists, Stan Grant, The Link airs weekly at 7.30pm Fridays on ABC and ABC iview.

“Our goal is to turn the news from background noise into something that matters to us,” Stan says.

“The Link is engaging and people-centric. Its guiding principles are curiosity and conversation. It tackles serious issues and tells interesting stories in a relaxed format suited to the end of the working week.”

What a snorefest this is. Good idea, but incredibly slow and boring.

50 years ago, Australians voted in numbers never seen before or since to fully embrace Indigenous people as part of our country.

Stan Grant remembers this momentous time in a half hour special Counted at 7.30pm on ABC and ABC iview on Friday, 26 May.

When Australia became a nation, Aboriginal people were thought to be a doomed race. The founding fathers believed there was no place for the country’s first people in this new Australia.

Section 127 of the new constitution prohibited Aboriginal people from being counted among the population of the Commonwealth. But Aboriginal people did not die out, their voices did not fall silent, and in 1967 they were finally heard when Australians voted ‘yes’. It remains the most resounding referendum victory in our nation’s history - Aboriginal people counted.

On the eve of the anniversary of the referendum, Stan takes us back to when Australians defied a dark past and voted to right the wrong. He speaks to the heroes of the referendum and their grandchildren who inherited the ongoing fight for justice for the first Australians. He also takes us on his own very personal journey – examining what it was like for his family in country NSW before the referendum.

Counted will air on ABC on Friday, 26 May in The Link’s regular timeslot.

Ellen Fanning fills in for Stan on tonight’s episode.

She also filled in last week.

I’ve watched this show the last few weeks. How is the production value so bad? No tripod used, everything overexposed, can’t hear anyone. Are they using the original iPhone to film it?

How about instead of using three cameras on a story, try one good one.

The Link has been axed along with Lateline, according to The Age and The Australian. Its host Stan Grant will be the ABC’s new chief Asia correspondent but is also set to host a new current affairs discussion show at 9pm in 2018.

The final episode of The Link is on this Friday. Repeats will fill the Friday 7.30pm timeslot from next week. The Link ends this week

ABC has no plans for news & current affairs in its Friday 7:30 slot after this week.

Why not air highlights from 7.30? Or something like repeating Foreign Correspondent.