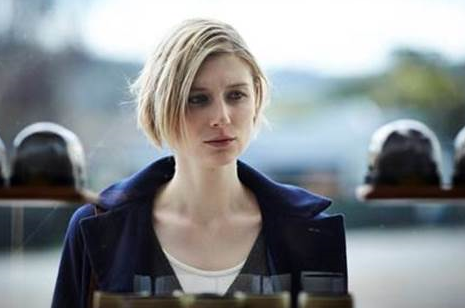 Foxtel’s showcase channel will launch the highly anticipated world premiere of The Kettering Incident, a gripping mystery with otherworldly overtones, on Monday, July 4.

Australian and international expectations for the series continue to build with The Kettering Incident awarded the Special Jury Prize at the prestigious Series Mania Festival in Paris last week.

The Kettering Incident was shot entirely in Tasmania with the stunning gothic land and seascapes fundamental to the storytelling.

Foxtel Executive Director of Television Brian Walsh said “The Kettering Incident is a fascinating drama which is rich with mysteries evoked by the wild and remote Tasmanian locations and bursting with an amazing cast led by Elizabeth Debicki.

“Elizabeth has well and truly emerged as one of Australia’s hottest talents internationally and audiences will be further intrigued as her remarkable performance in The Kettering Incident premieres on Foxtel’s showcase channel this winter,” he said.

Anna Macy (Debicki) left Kettering when she was just 14, shortly after her best friend disappeared when they were playing in the forest. When Anna returns 15 years later the town is struggling to survive. The community is being torn apart by clashes between environmentalists and loggers. Anna’s reappearance causes a stir. Theories and rumours persist about what really happened to the girls that night – from Anna killing her best friend to alien abduction. Then another girl disappears. Anna is drawn to discover what really happened, uncovering secrets buried deep in her mind and the heart of Kettering and its people.

BBC Worldwide North America and Amazon (NASDAQ: AMZN) have come together to bring season one of the Australian drama The Kettering Incident exclusively to Amazon Prime Video in the U.S.—Prime members in the U.S. can stream or download every episode at no additional cost to their membership starting on September 30. Winner of the Special Jury Prize at the Series Mania Festival in Paris, The Kettering Incident stars Elizabeth Debicki (The Night Manager) and Matthew Le Nevez (Offspring).