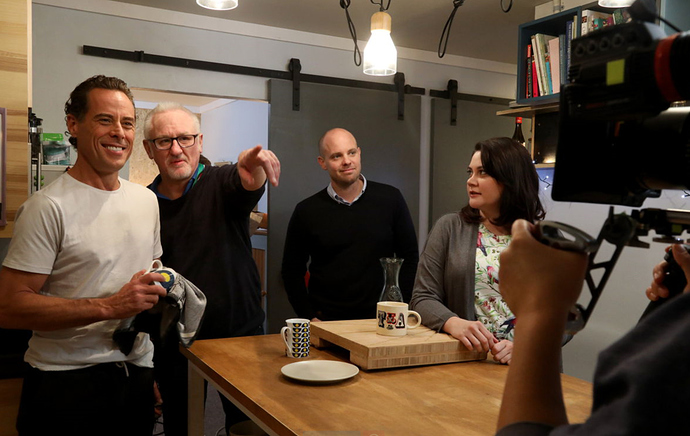 The 30 x 30” serial drama centres on the inner-city neighbourhood of Arcadia Heights, exploring the relationships between the residents of the Arcadia social housing tower and the people who live in the rapidly gentrifying community that surrounds it. The Heights mines the frictions and commonalities between the upper and working classes in the melting pot of urban Australia.

The Heights is produced by Matchbox Pictures and For Pete’s Sake Productions for ABC and developed and produced with the assistance of ABC in association with Screenwest, Lotterywest and NBCUniversal.

Head of Drama, Comedy and Indigenous for the ABC, Sally Riley said, “The Heights will broach complex social issues faced in the reality of our lives today.

“We’re thrilled to support a 30 episode program that is built on a model of bringing together new talent with experienced creatives for a timely new Australian series that is a microcosm for a diverse nation that is continually redefining itself. The Heights will make audiences laugh, think and be emotionally engaged,” she said.

The series presents a medley of characters, cultures, classes and backgrounds from the ‘tower’ community, exploring their relationships, work lives and everyday challenges faced by its characters in an entertaining relationship drama series.

The new series has been created in-house at Matchbox Pictures by Warren Clarke (Mustangs FC) and co-creator Que Minh Luu. Clarke will take on the Showrunner position for the series, which is produced by Peta Astbury-Bulsara (The Marriage of Figaro, Almost Midnight) and Executive Produced by Debbie Lee for Matchbox Pictures and Sally Riley and Que Minh Luu for the ABC. The first season is directed by James Bogle (Whiteley, Closed For Winter, Lockie Leonard), Andrew Prowse (Farscape, Home and Away, Underbelly, Rush), Renee Webster (Marx and Venus) and Darlene Johnson (Stolen Generations).

From the creative team to the cast and crew, The Heights combines established talent with those emerging in the industry. In addition to casting and training many first-time actors, the production will engage a first-time drama director receiving mentorship from director Andrew Prowse, as well as several first-time screen writers contributing to scripts.

As well as providing opportunities for industry newcomers, The Heights will provide a huge boost to the WA television industry, with the production engaging nearly 100 local crew and casting 93 speaking and extras roles locally, exemplifying the ABC’s unrivalled commitment to making significant investment in homegrown content that fosters Australian talent.

Screenwest CEO Seph McKenna said the entire Screenwest family will be delighted to see The Heights make its way into loungerooms across Australia, noting the production is a first for Perth.

“Having a quality, scripted drama coming out of our State is a real game changer for our local screen industry,” Mr McKenna said.

“There’s a real buzz around the ABC studios in East Perth and it’s exciting to see crew and creatives busy collaborating to deliver this local project.”

Co-creator of the series Warren Clarke says the joy of The Heights lies in its characters, and the way they deal with whatever slings and arrows life throws at them. “It’s a diverse community, but this series doesn’t seek to exploit the things that make us different but rather explore and celebrate the things that ultimately make us all the same. This isn’t story about good versus evil or rich versus poor; it’s about the very unifying experience of trying to make one’s way in the world, and the family you surround yourself with, whether by bloodline or by circumstance,” he said.

International sales will be handled by NBCUniversal Distribution.

Is it going to screen several times a week like other soapies? Or one episode per week over 30 weeks?

Anybody remember the short-lived 1990s soapie “The Heights”? I think the hit theme song “How Do You Talk To An Angel?” was probably the most memorable thing about it.

Anymore word on this? It’s been at the back of my mind. Quite looking forward to a new soap.

I don’t think this show will be seen until early next year.

Filming has finished and the show is in post-production. Upcoming ABC drama has been one of the busiest ever put together in the West.

Changes announced to ABC’s 6pm - 7pm in 2019 would seem to rule out The Heights for an early evening timeslot on weeknights.

Very curious isn’t it. I wonder where they are planning on putting it.

The ABC have previously stated that they’ve struggled to fill that time slot in the past.

Anyways, good to hear a production being based outside SYD/MELB for once.

‘Slice of life’ drama series The Heights starts on ABC on 22 February, 830pm AEDT or binge the entire series on ABC iview

ABC’s The Heights will transport viewers into the inner-city neighbourhood of Arcadia Heights next month when it launches on ABC on Friday, 22 February at 8.30pm (AEDT). Because just one episode will leave audiences wanting for more, viewers can enjoy double episodes every Friday or binge as many episodes as they like, with all 30 episodes available on ABC iview following the launch broadcast.

From the producers of The Slap and Barracuda , The Heights is a charming and entertaining serial drama exploring the relationships between the residents of the Arcadia social housing tower and the people who live in the rapidly gentrifying community that surrounds it. It’s a program that the whole family can enjoy together and one that will make audiences laugh, think and emotionally engage with.

The Heights is a series driven by inclusivity both on and off screen and tackles a wide range of social issues faced by everyday Australians of all ages, from all walks of life, reflecting the melting pot of modern urban Australia.

The Heights is produced by Matchbox Pictures and For Pete’s Sake Productions for ABC and developed and produced with the assistance of ABC in association with Screenwest, Lotterywest and NBCUniversal. International sales will be handled by NBCUniversal Distribution.

Why make a 30 minute show but then screen it as double episodes every week?

I’m kind of not bothered as much as I should be by the scheduling. It’s a seriel drama but that doesn’t necessarily mean it has to air 5 nights a week. I’m still excited for this. And we’ve seen ABC can make Australian Drama work Friday’s at 8:30pm. It’s good content for slot for over 3 months.

Agree with the comments about scheduling. Doubt it will do well in that timeslot.

I hope they promote the hell out of it. A better timeslot might have been nice.

But who’s actually choosing the time slot? How do you talk to an angel?

How do you talk to an angel?

Save it for a rainy day 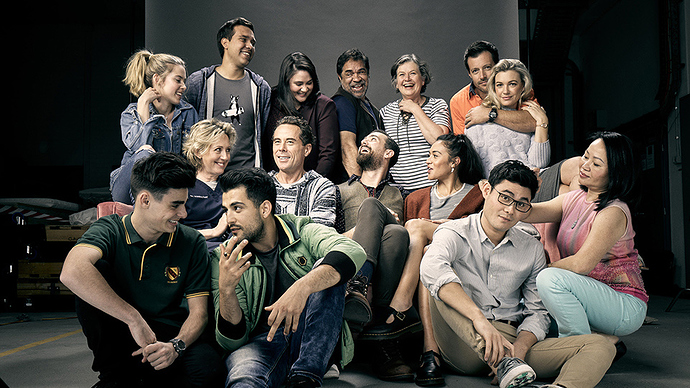 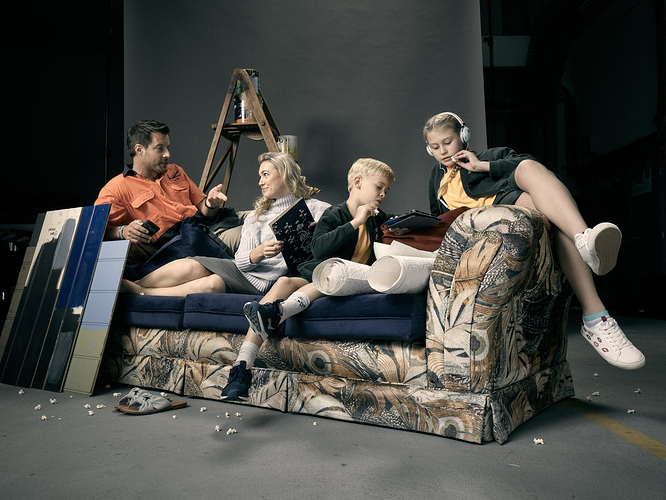 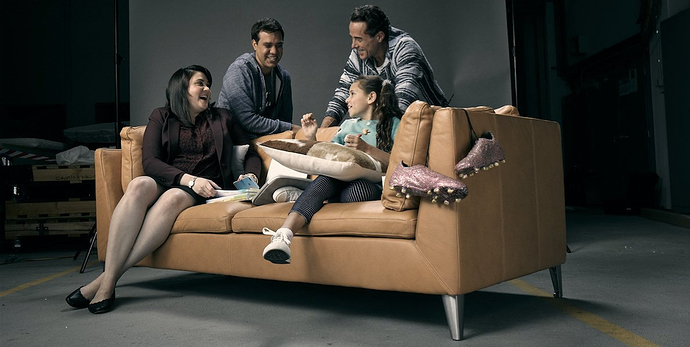 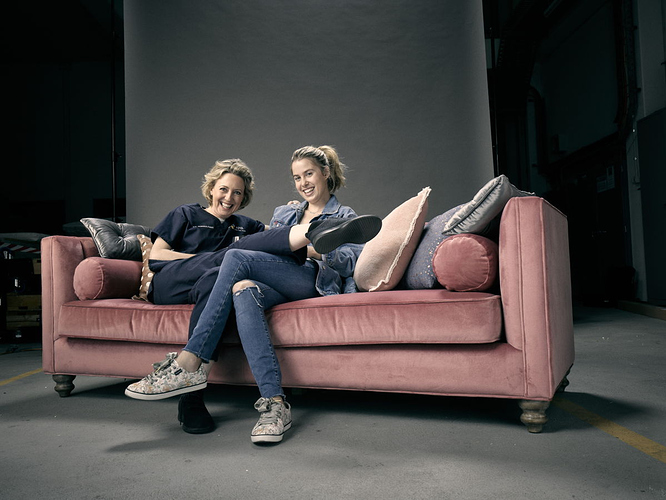 Roz Hammond as Claudia and Bridie McKim as Sabine.