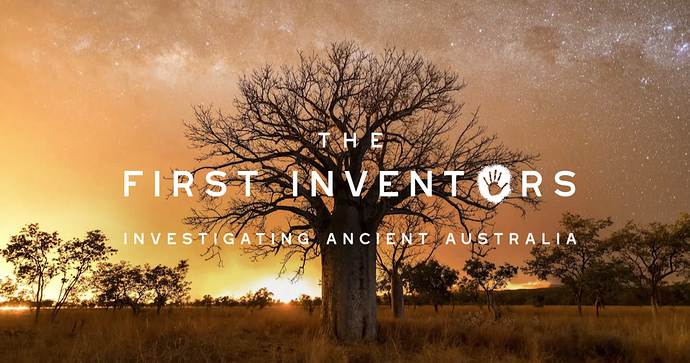 Announced at today’s 2021 Up fronts

And in an exciting new Australian show called The First Inventors , a co-commission currently in development with National Indigenous Television (NITV), we’ll take you on a journey back through time – somewhere between 70,000 and 120,000 years ago – to a community in the midst of developing sophisticated stone tools, art, agriculture, irrigation and much more.

In this incredible story of knowledge, resilience and invention, presenter Rob Collins will meet and collaborate with First Nations authorities whose frontline fieldwork is giving us an exciting new insight into ancient Indigenous innovations and discoveries.

According to TV Blackbox, filming of the show has been affected by COVID-19. It will now be shown in 2022.

The First Inventors
TX: Late 2022 on NITV
Number of Episodes: 4 x 1hr
In this flagship series, The First Inventors uncovers the vast, innovative knowledge of Indigenous Australia. Rob Collins takes a journey through continental time and Country as he meets and collaborates with First Nations experts whose front-line Australian field work is illuminating ancient innovations and discoveries. The First Inventors is a Ronde Pty Ltd production for NITV. A production for NITV and Network 10. Major production investment from Screen Australia in association with NITV. Financed with support from the National Indigenous Australians Agency, with Tourism Australia, Screen NSW and Screen Territory. 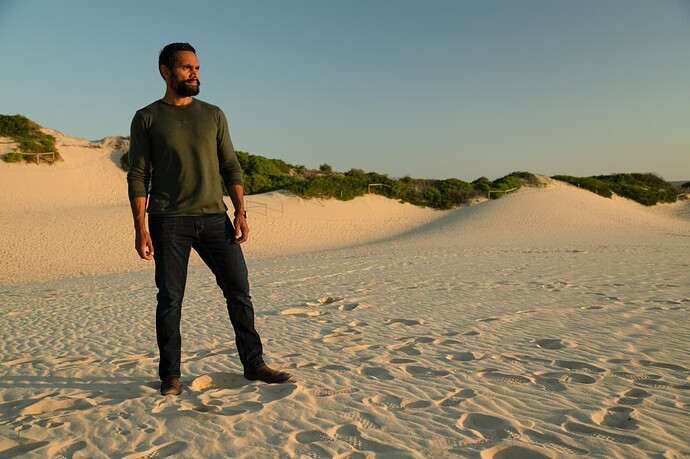 A four-part series for NITV and Network 10 hosted by actor Rob Collins who investigates the innovations, complex knowledge systems and scientific discoveries of Australia’s First People, to reveal how the world’s oldest living culture has thrived in Australia for at least 50,000 years. Together with First Nations’ experts and scientists, Collins examines ancient ingenuity and archaeological discoveries to bring scientific inventions of Australia’s First Nations people to the foreground.

This documentary series is directed by award-winning filmmaker Larissa Behrendt (Maralinga Tjarutka) alongside co-producer Cian McCue, with Ben Davies (Outback Ringer) and Ben Commens (Further Back in Time for Dinner) executive producing. This project is produced by Ronde Media with Moogie Down Productions co-producing, and is financed with support from the National Indigenous Australians Agency, with Tourism Australia and Screen Territory.

The show will now air on NITV next year, as announced at SBS’s 2023 upfronts today.