Foxtel, Sky UK and See-Saw Films today announced production of a major new drama series, The End, starring internationally acclaimed actresses Frances O’Connor ( The Missing, Mr Selfridge ) and Dame Harriet Walter ( The Crown, Succession) . The series will be filmed on location with assistance from the Queensland Government through Screen Queensland.

Created and written by Samantha Strauss, The End is a 10-part series produced by See-Saw Films, the Oscar® winning and Emmy® nominated producers of the films Lion and The King’s Speech and the drama series Top of the Lake .

Set-up director is Jessica M Thompson, whose feature directing debut, The Light of the Moon, had its world premiere at the South by Southwest (SXSW) film festival in the US in 2017, where it won the audience award for best narrative feature. Jonathan Brough ( Rosehaven ) will also direct.

The End is about three generations of a family with separate but intersecting obsessions – trying to figure out how to die with dignity, live with none and make it count.

English born, Australian actress, Frances O’Connor plays Dr Kate Brennan , a senior registrar specialising in Palliative Care medicine. Euthanasia is a hot-button topic in Kate’s field of work and Kate is passionate in her opposition. On the other side of the world, Kate’s mother Edie Henley (Walter) is just as passionate about her right to die. Kate has little choice but to ship Edie out from England and deposit her in a nearby retirement village - Edie’s worst nightmare. While Kate struggles with her own problems, her children are trying to work out who they are, and who they want to be. The End is about Kate and Edie’s stumbling, fractious journey as they find their way back to a relationship. It’s a story about parents and children, ethics and emotion, and mostly how it’s never too late to start again.

Foxtel’s Head of Drama Penny Win said: “Commissioning The End was a wonderful opportunity for Foxtel and we’re excited to be collaborating with our colleagues at Sky on this, our joint first co-commission. The End will present a universal story that affects us all, with Sam Strauss’s beautiful storytelling being brought to life by an exceptionally talented cast and crew.”

“It’s thrilling to be returning home to Australia to be part of such an original series and to be playing a character as complex, interesting and conflicted as Dr Kate Brennan,” Frances O’Connor said.

“This is a really original project and I can’t wait to get stuck in to the character of Edie who is not quite like any other part I’ve played. Exciting,” Harriet Walter said.

Liz Lewin, Executive Producer for Sky, said: “Thought-provoking, darkly comic and full of heart, the show dives into provocative topics with unflinching honesty. The End’s wonderfully complex characters will make you laugh, cry and question how you want to live… and die.”

“It’s rare to see the complexities of life for middle aged and older women depicted on screen but Sam Strauss has created just that with a group of characters with trials and tribulations that will resonate for all ages - we couldn’t wish for a more wonderful cast to bring these characters and Sam’s startlingly original scripts to life,” said Executive Producer, See-Saw’s Rachel Gardner.

Samantha Strauss said: “So often we shy away from death and try to sanitise it, pretend it’s never going to happen. This series aims to do the opposite. As our characters figure out how to die, they’re really grappling with how they’ve lived and what they’re going to do with the time they have left. No one’s perfect in this family but they love each other for their flaws and hopefully audiences will too.”

Production begins in October. The series will air on Fox Showcase on Foxtel in Australia, on Sky Atlantic and streaming service NOW TV in the UK and Ireland during 2019. Endeavor are selling the series internationally.

Could be great but why give another series such a lacklustre title?

What makes anyone want to watch a series called The Cry, The Hunt or The End?

Another example of Foxtel leading the way on local, premium quality drama. 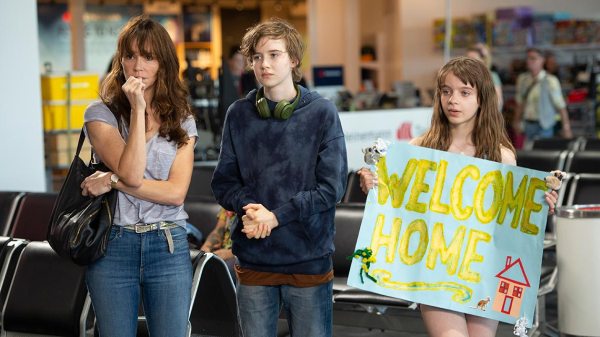