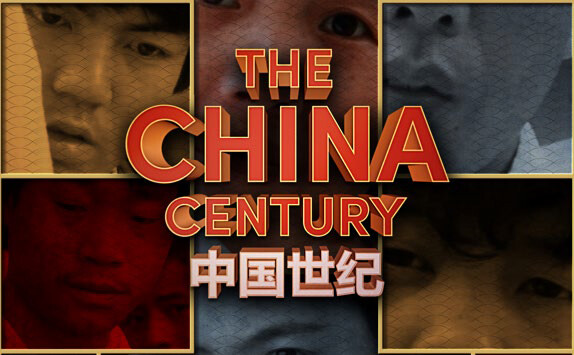 China is everywhere. It seems like more and more it’s all we talk about - from its ongoing faceoff with America to its juggernaut economy; from its ruthless clampdown in Hong Kong to concrete islands in the South China Sea; from hacking and surveillance to re-education camps in Xinjiang.

The first episode of this five part series looks at CHINESE DREAMS.

In his first address as president, Xi Jinping declares the new vision of the people: The China Dream. Never before in the history of Communist Party rhetoric has the word ‘dream’ been uttered by a leader. Why now? What is The China Dream? And do the Chinese people share it?

Xi Jinping understands the greatest threat to the authoritarian state is not an invading army but the free minds of its people. How do you control the beliefs and desires of a population as vast and diverse as China’s?

For over 2,000 years since China was first unified, its rulers have sought to master this challenge. And yet the Chinese people have always found space to dream. This episode explores the opposing forces of openness and control in modern China, as the dreams of the State and the people collide.

China’s rise and scale is so momentous it physically moves the Earth.

When the Three Gorges Dam is flooded, the reservoir is so vast it literally slows the rotation of the globe.

The Industrial Revolution that took Britain over a century, China manages in a decade, lifting more people out of poverty than at any other time in history.

In just two years, China pours more concrete than America did in the entire 20ᵗʰ century. In 2005, it builds a city the size of Rome every two weeks.

In 2019, there are four new Chinese billionaires made each week. How did China reinvent itself from a socialist backwater to the new centre of the world’s economic gravity? And as the Chinese economy records its first contraction since 1976, could we be heading for a crash as earth- shattering as its boom?

China’s return to imperial power after a century of humiliation.

On the edge of the Taklamakan desert lies the gateway to the Silk Road - the ancient Islamic city of Kashgar. It’s 4,000 kilometres from Beijing and over 2,000 kilometres beyond the Great Wall, but the city’s faithful worship in the shadow of a Chinese flag and a colossal statue of Mao. Kashgar is the old capital of Xinjiang, one of China’s vast autonomous regions that together make up half the country’s landmass. These culturally and ethnically diverse border zones were lost to China along with Hong Kong, Macau, and Taiwan during a period of decline and disorder in the Chinese leadership – what the Chinese call the Century of Humiliation. Since coming to power in 1949, Communist rulers have made it their mission to recover and maintain control of these territories. What does China want from these places and people? And to what lengths is the Chinese State prepared to go to Unify the Motherland?

The battle for Hong Kong

On July 1, 1997, Prince Charles stands in the pouring rain saluting as the Union Jack is lowered over Hong Kong. After more than 150 years of British occupation the territory is returned to China on the basis of ‘One Country, Two Systems’.

While Hong Kong is now part of China, its Western-style administration will remain independent for 50 years. The stage is set for tensions that will bring Hong Kong to its present crisis. But if we look deeper into the past, we see that Hong Kong has always been defined by this contest of influence between China and the West.