Looks like Nine has commissioned a new season of The Celebrity Apprentice.

No host has been confirmed yet.

One of TV’s original reality formats, The Apprentice looks set to return to Australian screens.

It was mentioned here the other night.

Nine is dusting off The Celebrity Apprentice, with Warner Bros. to make a new series for next year. Solomon Lew and Andrew Forrest have been mentioned as possible candidates as the boss in the series. Source: The Australian

My bad. Looks like I’m a little behind in my thread reading

I am glad it has been commissioned for a new season in 2021. I didnt mind watching the show previously.

All good, will need a thread soon enough for it anyway.

Not sure why Nine decided to reboot the show when they’ve been going good commissioning new content that has done wonders for them. This show didn’t even rate that well when it was on air AFAIK.

Having said that, the slot they aired it in did it no justice. If they air this in a 7.30 slot then there’s a possibility of success. Anything after 8.30 and it’s doomed (again).

Are we expecting Seven to reboot The Mole anytime soon?

This show didn’t even rate that well when it was on air AFAIK.

It was given a shocking timeslot.

I think they should just do a normal version rather than a celebrity version. I do wonder where they plan to air this. Is it for 2021 definitely? Or is there a chance they will get this to air this year?

Are we expecting Seven to reboot The Mole anytime soon?

I mean, I wouldn’t say no??? The Mole is a great Reality format (I’m watching The US Mole on YouTube - it’s great).

“One of TV’s original reality formats”

Could they get Janine Allis to be the ‘boss’?

Could they get Janine Allis to be the ‘boss’?

She would be really good. I’d love to see a female in the role too.

Ahh, yes, when regional and metro network were together in harmony.

Gina Rinehart is a billionaire. If they asked her, would she agree? I think she would a no nonsense boss.

Why would she bother? Just because she is a billionaire doesn’t mean she has a personality for television.

The article says Janine Allis is of interest and 10 would be open to the idea. Is Janine still contracted by 10? 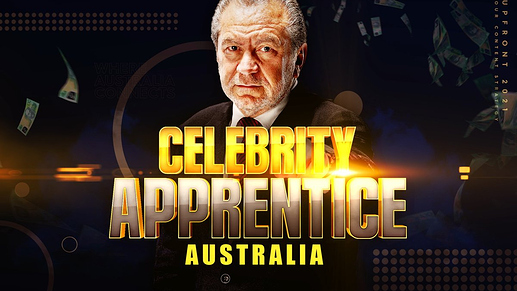 After a six-year wait, Celebrity Apprentice Australia is back on Nine in 2021 with the biggest shake-up the series has ever seen.

The highly respected British billionaire and business magnate, Lord Alan Sugar , synonymous with The Apprentice after appearing in 15 seasons of the smash-hit UK series, will be coming Down Under to serve as CEO for the candidates vying to become the next Celebrity Apprentice. Known for his no-nonsense approach to business, sparks will fly and egos are sure to be bruised as Lord Sugar clashes with the celebrities in the boardroom.

In each episode two teams of celebrities will take on an epic task, using their business savvy, creativity and charm – while reaching into their little black book of contacts – to win cash for their chosen charities.

The first three celebrities to throw their hat in the ring are personal trainer, author and TV personality Michelle Bridges , one half of Nova FM’s Fitzy & Wippa radio show; host Michael “Wippa” Wipfli ; plus Olympic gymnast Olivia Vivian , who is also the most successful woman in Australian Ninja Warrior history.

Lord Sugar, along with his two advisers, incredibly successful business people in their own right, will eliminate the celebrities one by one with those dreaded words – “You’re fired!” – until one is ultimately crowned the Celebrity Apprentice, following in the footsteps of past winners Julia Morris, Ian “Dicko” Dickson, Stephanie Rice and Sophie Monk.

This season promises plenty of never-before-seen twists and tasks to keep viewers on the edge of their seats.

Celebrity Apprentice Australia is produced by Warner Bros. International Television Production Australia for the Nine Network, based on the format created by Mark Burnett and distributed by MGM.

Lord Alan Sugar, synonymous with The Apprentice after appearing in 15 seasons of the smash-hit UK series, will be coming Down Under to serve as CEO

But why? There are CEOs in Australia who are higher profile than him.

You’d think during this time, it would be easier and better for the industry and benefit of all Australians to get someone locally.

Very risky to count on someone from overseas to head up your show at this time.