The Best Morning Show Hosts of All Time. 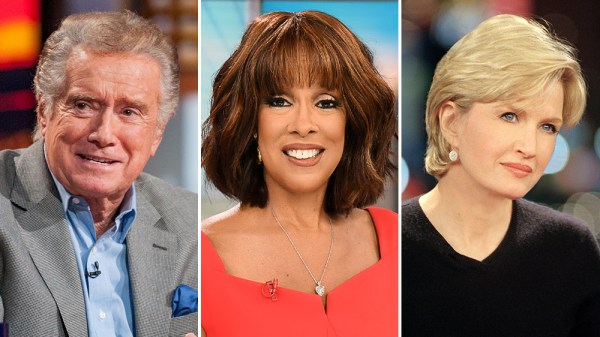 The Best Morning Show Hosts of All Time, Ranked

Since the dawn of TV’s modern morning show in 1952 with the launch of NBC’s “Today,” thousands upon thousands of early-a.m. network hours have been filled with an ever-changing assortment of engagi…

This got me thinking about rankings for Australian morning television hosts. Who had the most engaging on air persona and who could juggle light with the shade?

20. Mike Walsh. Pioneered early breakfast television on Australian television in the late 1960s with Today on GTV9. Although his tenure was short lived he’d go on to become the king of daytime variety television as host of The Mike Walsh Show.

19. Clive “Robbo” Robertson. Robbo’s unconventional, droll approach to the news and issues of the day was already well known to 2BL ABC radio breakfast listeners when he became host of 11AM in the early 1980s. Seven executives quickly realised he was being wasted on daytime television and appointed him to their troubled late night news service where he became a late night icon, turning the timeslot into an unlikely ratings battleground.

18. Gordon Elliot. A six year stint as founding presenter of Good Morning Australia propelled him to a successful career in the US where he continued in breakfast television as a whacky feature reporter on Good Day New York.

17. Grant Denyer. Grant’s upbeat personality and ability to engage with people from all walks of life across Australia saw him become a popular presence on breakfast television. He pioneered the permanent roving weatherman role that was emulated by the competition and continues to be a mainstay of the format. Two grueling stints as Sunrise weatherman led to an enduring career on Australian television.

16. Bert Newton. Managed to turn a mid morning advertorial show into a vehicle for his humour on Good Morning Australia (AKA The Morning Show). In the process he revived his career and endeared himself to a new generation of viewers with his cheeky personality, rapport with guests and antics with the Ten crew.

15. Karl Stefanovic. Probably the most controversial figure in the history of Australian morning television. Known as much for his misdemeanors as his ability to cover news in a personable manner, Karl proves the viewers love to wake up to the freewheeling, cheeky antics of a naughty boy.

14. Sarah Harris. Once the linchpin of Studio 10 as the main host and moderator, Sarah now finds herself at the helm of a sinking ship most viewers have now abandoned. She would clearly shine as the main host of a breakfast television news show. She should take the opportunity if it ever presents itself because she’s wasted as the Irishman’s dance partner on Studio 10.

13. Sue Kellaway. The former model and PR queen proved she was more than just a pretty face by pivoting into a reporter/presenter role on NZ television. Her smarts and easy style were noticed by Australian television executives who brought her to Australia in 1981 when breakfast television was being revived. She was so good on Good Morning Australia, Kerry Packer poached her to host The National Today Show in 1982.

12. Ann Sanders. Didn’t let the disappointment of losing the co-anchor chair on Seven Nightly News Sydney affect her and embraced a new role as presenter of 11AM winning plaudits for her series of stories on the “children of Chernobyl”. A mainstay of Seven News for decades, she is now considered to be the Queen of morning television news.

11. Allison Langdon. What took the execs at Nine so long to realise Allie’s combination of sass and serious news sense was the missing piece of the puzzle that fit perfectly next to Karl?

10. Roger Climpson. Pioneered late morning news as the founding host of 11AM in 1975. Roger was on air barely a month into the shows run providing rolling coverage of one of the biggest political stories in Australian history- the dismissal of the Whitlam government.

9. Kerri-Anne Kennerley. A decades long fixture on Australian daytime television and a TV Week Logies Hall of Famer. A career as a cabaret singer and a brief stint as an actress changed course when she replaced Sue Kellaway as co-host on Good Morning Australia in 1982. She outlasted many male co-hosts during over a decade with the show and went on to present morning shows on Nine and Ten.

8. .Steve Liebmann. A cool, calm and authoritative presence in the morning for decades as host of Today and Seven’s 11AM.

7. David “Kochie” Koch. The stuffy finance journalist whose nerdy, daggy dad persona endeared him to audiences and turned him into an unlikely breakfast television star.

6. Jim Waley. Setting the news agenda for the week ahead and bringing some culture to Sunday morning television during a two decade stint at the helm of Kerry Packer’s “baby”, Sunday. Waley’s gravitas and experience came to the fore during the hours he spent at the newsdesk on the morning of September 12, 2001.

5. Lisa Wilkinson. The perfect foil to class clown Karl Stefanovic. Lisa’s experience as editor of magazines and years at Seven as host of morning shows were perfect for Today as they struggled to adapt to the expectations of modern breakfast television viewers who demanded more light and lifestyle and less heavy reporting of the news.

4. Melissa Doyle. Mel’s relatability to modern women was her greatest asset. She embraced Boland’s direction for the show and truly connected with the audience by sharing her life as a young mother and delivering coverage of serious news with sincerity and professionalism.

3. Tracy Grimshaw. A former presenter of National Nine Morning News, Tracy had huge shoes to fill when she replaced Liz Hayes on Today in 1996. She proved herself anchoring rolling coverage of some of the biggest stories of the 1990s, presenting marathon live coverage of the rescue of Stuart Diver at Thredbo and delivering news of the death of Princess Diana to Australian viewers on that Sunday morning in 1996. A steadying presence on breakfast television during some bumpy times for Today.

2. Ian “Roscoe” Ross. Toiled away at his craft for decades at Nine in the shadow of industry greats before emerging as a legend in his own right late in his career when he took Seven News to number one for the first time in decades. Known to a national audience as the respected newsman who brought them up to date with what was happening in the world while they slept, his charm, wit and personality were often on display during exchanges with the hosts and banter with weatherman Monte Dwyer.

1. Liz Hayes. Brought her country girl charm and a sense of fun to Today at a time when the show was known to be very formal and “starchy”. She countered the hard newsman edge of her co-hosts perfectly and had great chemistry with the entire team. She effortlessly balanced serious interviews and the formal news aspects of the show with the lighter, less serious fare, most notably when the show was “on the road”.

that’s a very comprehensive list and I don’t think I could dispute any of that!

Although, absolutely devo that Fredd Bear and Judy Banks didn’t make the cut, or Miss Marilyn 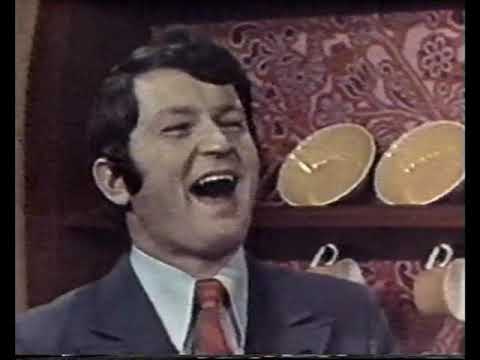 I thought about Marilyn Mayo, Emu, Aggro and Ann-Marie but decided to limit to the breakfast news and advertorial morning show genre.

KAK was queen of breakfast TV and Liz Hayes will always be my Aussie Jane Pauley.

If we’re mentioning Grant Denyer I think Monte Dwyer and Brian Bury are honourable mentions, bringing their own charms, as did their chemistry with Eric Walters and Rosco. Winning combinations.

Ernie Sigley and Denise Drysdale were as winning as ever on In Melbourne Today. Was also my first introduction to Peter Ford as a Showbiz reporter.

And in the kids TV realm, my era of appointment TV was The Early Bird Show with Darryl Cotton, Marie Van Maaren and Marty Monster. I can’t count how many competitions I entered on that show.

And finally, I always had a soft spot for Joan McInnes on Til Ten. Good little show and a great set. A precursor to longer running The Morning Show with Bert.

Quite good. I’d push Tracy down a bit though. I think Lisa was better.

No listing for Paul Henry?

And finally, I always had a soft spot for Joan McInnes on Til Ten.

Also notable for being Today’s first entertainment reporter. I only ever saw dollar signs when she appeared on screen. I preferred Maureen Duval but that probably had a lot to do with happy childhood memories in the David Jones cafeteria.

No listing for Paul Henry?

He’s on another list battling it out with Andrew O’Keefe and Richard Wilkins for top spot.

I probably would’ve placed Kylie Gillies & Larry Emdur (come on - they’ve been together on The Morning Show for 14 years now, that’s gotta count for something) somewhere in my Top 20 list. Having said that, all inclusions on your list were worthy of recognition nonetheless.

Wonder if we’ll eventually see a Best Newsreaders/reporters of all time thread? Now THAT is a topic likely to generate passionate debate amongst Media Spy…

Safe to say Hendo will probably be one of the highest on that list.

Safe to say Hendo will probably be one of the highest on that list.

I guess he would if he was a morning show host

Re-read SCTV’s post. He was talking about newsreaders and ScrewFitzgibbon replied saying Hendo would top that particular list.

I rate Barry Cassidy from Insiders above some of those breakfast hosts.

Id rate Bert Newton slightly higher from 16th to maybe 11th. His time on Good Morning Australia dominated the “morning shows genre” in the late 1990s to early 2000s. Larry Emdur and Kylie Gillies dominated soon after and would have them together on the list.

LOL, wasn’t 9am an extremely awkward show back in the day? Pretty sure they trailed behind KAK and later Kylie & Larry in the ratings anyway…

Yes it wasn’t very good at all.

It wasn’t very good at all. Better than current Studio 10.

It was clear with D&K that they were the best that Ten could muster up for a certain pay grade to do the job 5 days a week out of Melbourne after Bert wrapped up… The lack of chemistry and at times outright hostility was always quite cringeworthy.

Of course Ten Melbourne managed to produce The Circle not long after (which IMO would still be on the air today if they hadn’t swung the axe across the board at the time), so swings and roundabouts.

Bert was the best in the mornings.