Hosted by Tony Squires, with a roster of rotating panelists including regulars Kelli Underwood and Robert ‘Crash’ Craddock. Broadcast Tuesdays at 7.30pm on Fox Sports.

Discuss the show and weekly guests.

A special “Be Our Guest” episode aired this evening with clips from guest interviews this year.

Tony Squires said at the top of the episode that over the summer months, the show is moving to Saturday nights. At the end of the show he also put the call out for audience members to attend future episode recordings, something that the show has never done before.

We’ve since found out that the show will be premiering on Channel ONE on Saturday nights at 7pm starting Oct 7, with subsequent repeats airing on Fox Sports over the weekend (the first of which airing 10.30pm the same night). The show also seems to be cut down from a 1 hour air time to 45 minutes on ONE, and 30mins on Fox Sports (presumably due to more ads on FTA).

Judging by what Tony said, it seems that the show won’t be taking the summer break this year as it usually does, and taking up this new time slot for the coming months. I’d tip that it will return to its traditional Tuesday night hour-long slot when the NRL/AFL seasons resume next year, but will have to wait and see I guess… FOX on ONE block includes Back Page Live, A-League.

A 3 hour block of FOX Sports-produced content will air on ONE.

Article confirms a new programming block and the debut of Back Page on FTA. 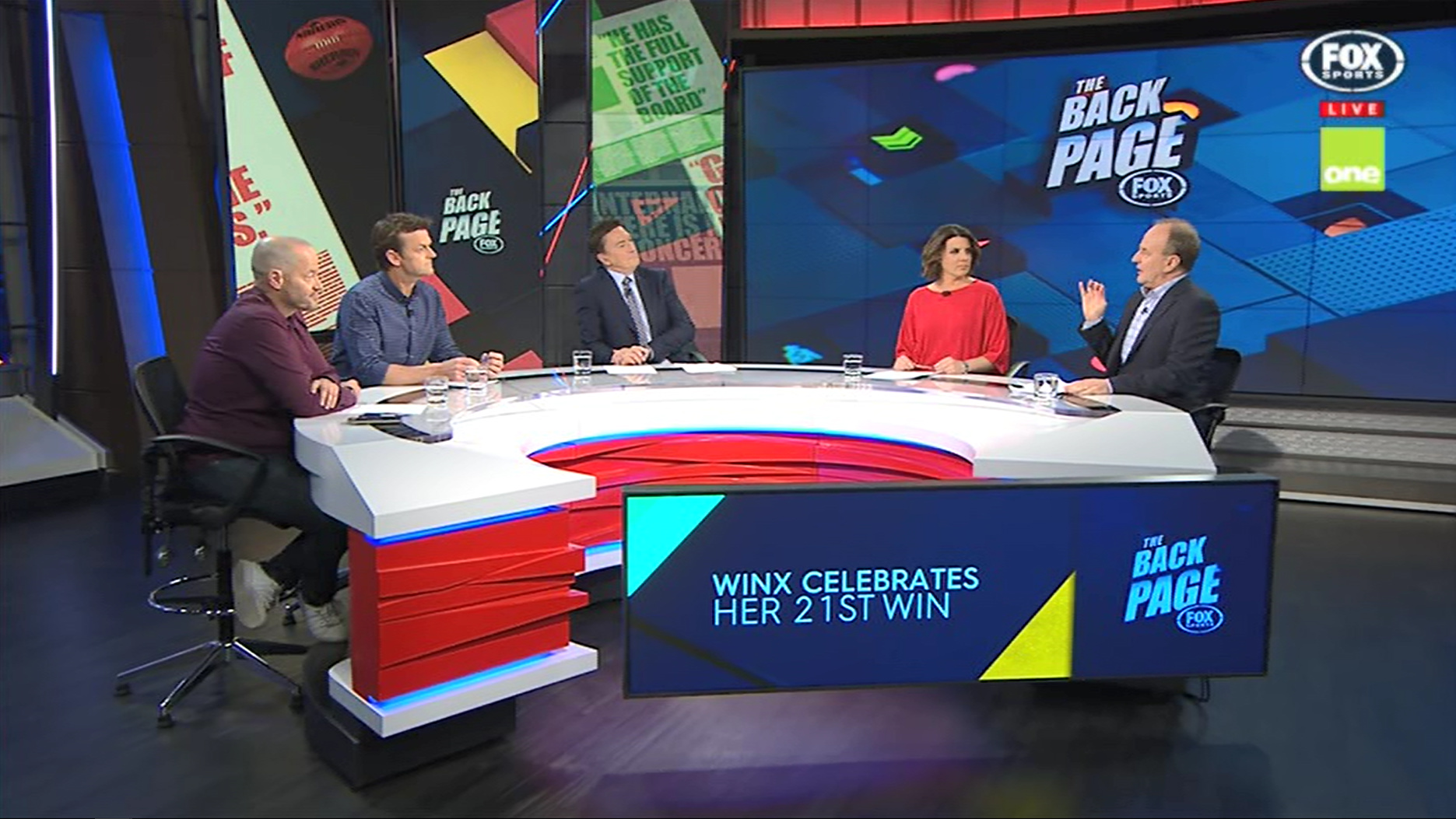 The “revamped” Back Page aired its first episode tonight with new graphics, a new desk and shorter run time. Good to see much of the content hasn’t changed, just that they can’t spend as much time discussing topics due to the shorter airtime. I really think it’s better suited as an hour-long show, but here’s hoping they’re only doing the shorter version just over the summer months.

There was a call-out for audience members but none were there…I don’t think it needs a studio audience.

Mark Howard joined the show last night as a panelist and was referred to as Channel Ten broadcaster on the lower-third.

Goddammit what a way to ruin a great show. Hopefully he plays ZERO part in the Big Bash this year although I think I’m going to be dissapointed yet again. 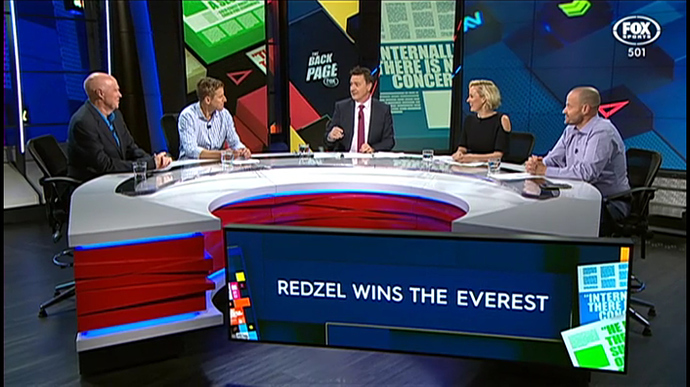 It was this first time this year that Kelli nor Crash appeared on the panel. I’d expect this to happen on occasions throughout the summer. Potentially Tony could dip out for an episode or two too I’d say.

Forgive my ingnorence, is this just a general sporting panel show or particularly about Football / A-Leauge?

Australian cricket captain Steve Smith is special guest on the show this week.

Kelli and Crash were back on the panel this week, along with Adam Spencer and first time panellist Steve Smith. Aussie Women’s cricket all rounder Ellyse Perry was the special guest live via satellite from Brisbane.

Interestingly, Fox Sports have started to take out ads in News Corp newspapers and websites to promote them airing Back Page Live and the A-League on One. For reference, the web banner links to the Fox Sports website and a page explaining the ‘Fox on One’ programming block 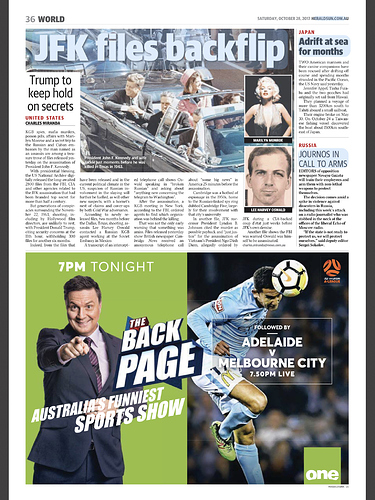 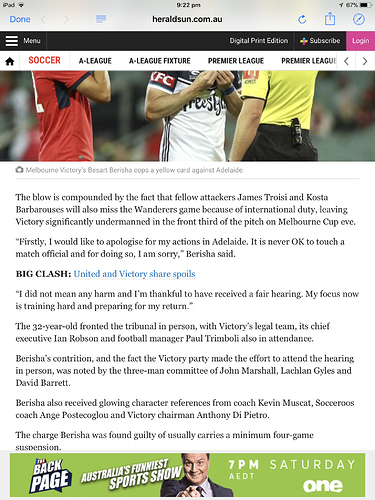 Kelli, Crash, Jamie Soward and Kerry O’Keeffe were on the panel this week. Freestyle skier Danielle Scott was the special guest.

I actually find this show not quite bad at all. There is plenty of humour by the crew.

Kelli Underwood, James Hooper, Brendan Julian and Merrick Watts were on the panel with host Tony Squires. Jelena Dokic is the special guest.

Tony said at the end of this weeks episode that it was the last of the year, and the show would be back on Fox Sprts in 2018. I’d read that the show was due to run all summer. And another episode is still showing in the guide for next week…

Guessing that may be a best of special that they’ve run in the past.

A special Back Page episode titled Fails and Funnies airs Sunday 24 December at 7.00pm on Fox Sports 501, and is repeated over the Christmas period.

Join Tony Squires as he takes a unique look back at the year in sport with all the epic fails, bloopers and moments that made us laugh.

Back Page Live makes its 2018 return tonight, back to the traditional 7.30pm Tuesday night time slot on Fox Sports 501.