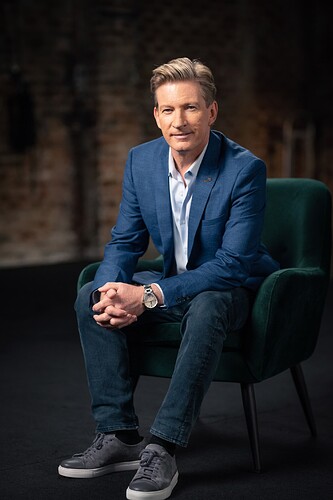 From Tuesday 28 June at 8pm

A six-part interview series, hosted by actor David Wenham, in which a range of prominent Australians, icons of one field or more, revisit their pasts through moments drawn from the vast ABC Archives. 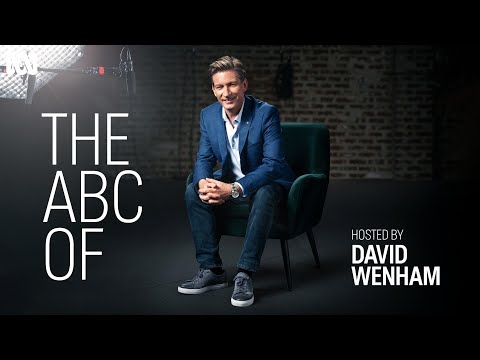 Commissioned to celebrate the 90th year of the Australian Broadcasting Corporation, The ABC Of is a six-part interview series hosted by David Wenham. It revisits the pasts of prominent Australians through moments drawn from the vast ABC archives and premieres on Tuesday 28 June at 8pm on ABC TV and ABC iview.

Each half hour episode focuses on a single guest and conversation. The depth of the ABC archive provides the jumping off points for discussion, taking each guest down delightful and surprising paths. At its core, The ABC Of is about how we change and how the world changes around us. It’s a series in which the viewer gets to watch someone meet their earlier self and reflect on how they’ve changed.

Steering each interview is David Wenham, a globally successful film and TV actor whose own ABC career dates back to early 1990s programs such as Simone De Beauvoir’s Babies , Come In Spinner , Police Rescue and G.P. as well as more recent series The Code and Les Norton . And no, we are not forgetting his turn as the inimitable Diver Dan in SeaChange .

For David, The ABC Of has been an opportunity to try something new and challenging, to bring the skills of acting into a new environment.

“One of the joys of being an actor,” David says, “is the opportunity it provides to research history: personal history, history of fashion, architecture, medicine, politics, societal customs. The history of anything and everything. Archival film footage brings history alive, fires my imagination and often throws up more questions than answers.

“With The ABC Of , for the first time, I have had a chance to put the questions to the subject at hand. Sitting in the interviewer’s chair has been a privilege. It has also allowed me to put into practice the best advice I have ever received regarding acting. Listen. Listen real. Think. Think real.”

Head of Factual and Culture, Jennifer Collins says “Created by Jon Casimir ( Enough Rope, Gruen, You Can’t Ask That ) The ABC Of is the perfect format to celebrate ABC’s 90th. Featuring an outstanding line up of guests, a much-loved host in David Wenham, and clever use of ABC archive, audiences will delight in this very special series.”

Episode 1 – The ABC Of Ita Buttrose

David Wenham tracks back through the ABC Archival life of Ita Buttrose, much admired publisher, businesswoman and, since the 1970s, Australia’s unofficial, unelected Minister For Women. Now 80, the indefatigable Ita - we’re all on first-name basis - is also currently chair of the ABC.

To kick off the conversation, The ABC Of researchers uncovered 1959 vision of Ita at 17, on her very first job as a journalist. Ita reminisces about her early days at Cleo and The Australian Women’s Weekly. She also tackles the difficult but rewarding years as chairperson of the National Advisory Committee on AIDS (NACAIDS) in the 1980s and being fired from her radio job at the time. She details the journey of her namesake magazine, Ita, and the lean times that followed before the highly successful Paper Giants television series brought her back into the public eye. 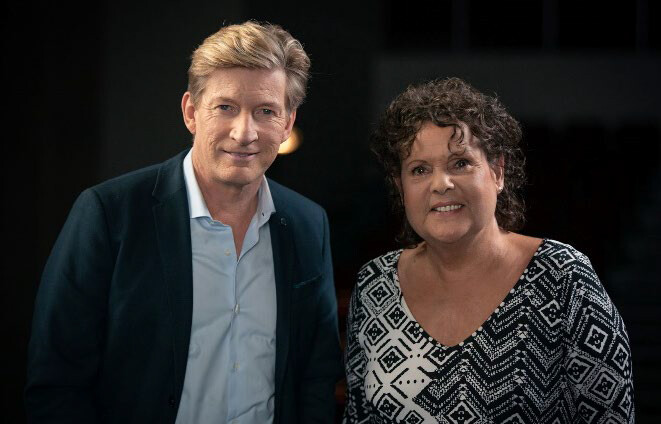 David Wenham goes fishing in the ABC Archival life of Evonne Goolagong Cawley, the Indigenous kid from Barellan in NSW who went on to conquer the world, winning both Wimbledon and the French Open before she even turned 20. And they were just the first two of her 14 Grand Slam titles (seven singles, six double and one mixed doubles).

Some amazing footage has been unearthed by The ABC Of researchers, from news vision of Evonne at 11 and 12 playing at White City in Sydney to footage of the joyous hometown parade staged after her first Wimbledon triumph.

And then there’s a jawdropping 1973 meeting with a male interviewer whose questions will make you pause and rewind to see if you really heard them correctly.

Episode 3 - The ABC Of Wil Anderson 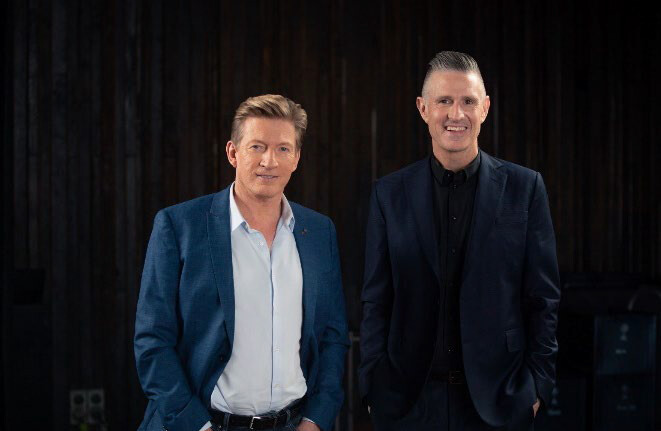 David Wenham takes the photo album down from the ABC shelf to look at the baby photos of Wil Anderson, host of Gruen and Question Everything.

Host David Wenham takes the photo album down from the ABC shelf to look at the baby photos of Wil Anderson, host of Gruen and Question Everything.

Wil’s been on our screens for two and a half decades but by his own admission, he hides in plain sight, thinking very carefully about how much of himself he shows the world. This frank, revealing interview will surprise anyone who thinks they know him just from his TV work.

Apart from his love of stand-up comedy, Wil talks about his early appearances on Good News Week and The Fat, and what The Big Gig and The Money Or The Gun meant to him growing up. He also discusses how long it took him to feel like he belonged in the big leagues, his battle with osteoarthritis and why he still has doubts about what he does. 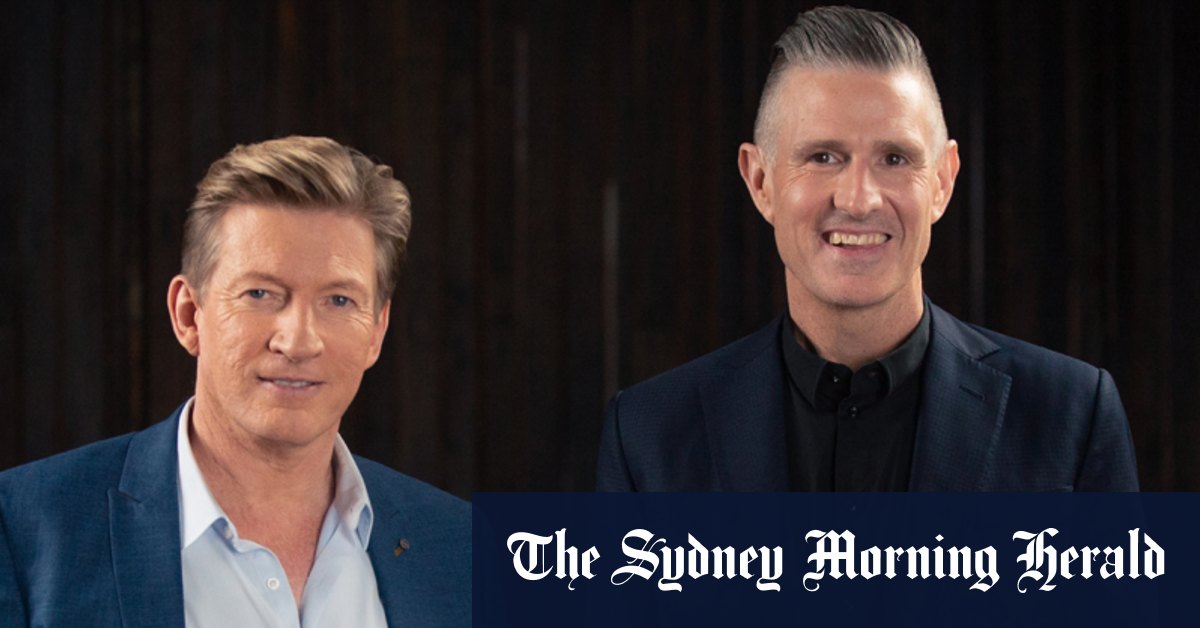 ‘None of us knew’: How Wil Anderson surprised David Wenham on his ABC special

The much-loved actor interviews an array of prominent Australians and looks back at archival footage from the past 90 years in the six-part series The ABC of.

Episode 4 - The ABC Of Garry McDonald 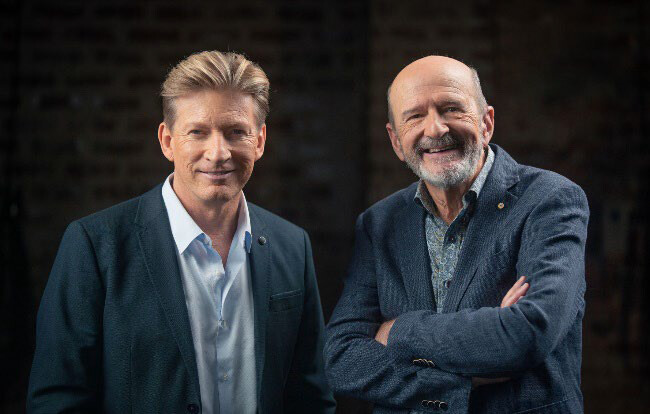 Garry, our best-known comic actor, was hit by television lightning three times in his career, starring in The Aunty Jack Show, The Norman Gunston Show and Mother And Son, but he also played a host of other roles.

Among many other clips, The ABC Of researchers unearthed a 1967 recording of a play by Garry’s NIDA graduation class. Garry talks about his early successes, the origins of the Norman Gunston character and how much he loved playing a straight role in 1982’s Jimmy Dancer, a one-off drama that was part of the Spring And Fall anthology series.

He shares his love for Mother And Son partner Ruth Cracknell and offers insights into his unplanned second TV career, when he became a mental health advocate after his own, much publicised breakdown.

revisiting The Aunty Jack Show, The Norman Gunston Show and Mother And Son

I won’t be missing this one! 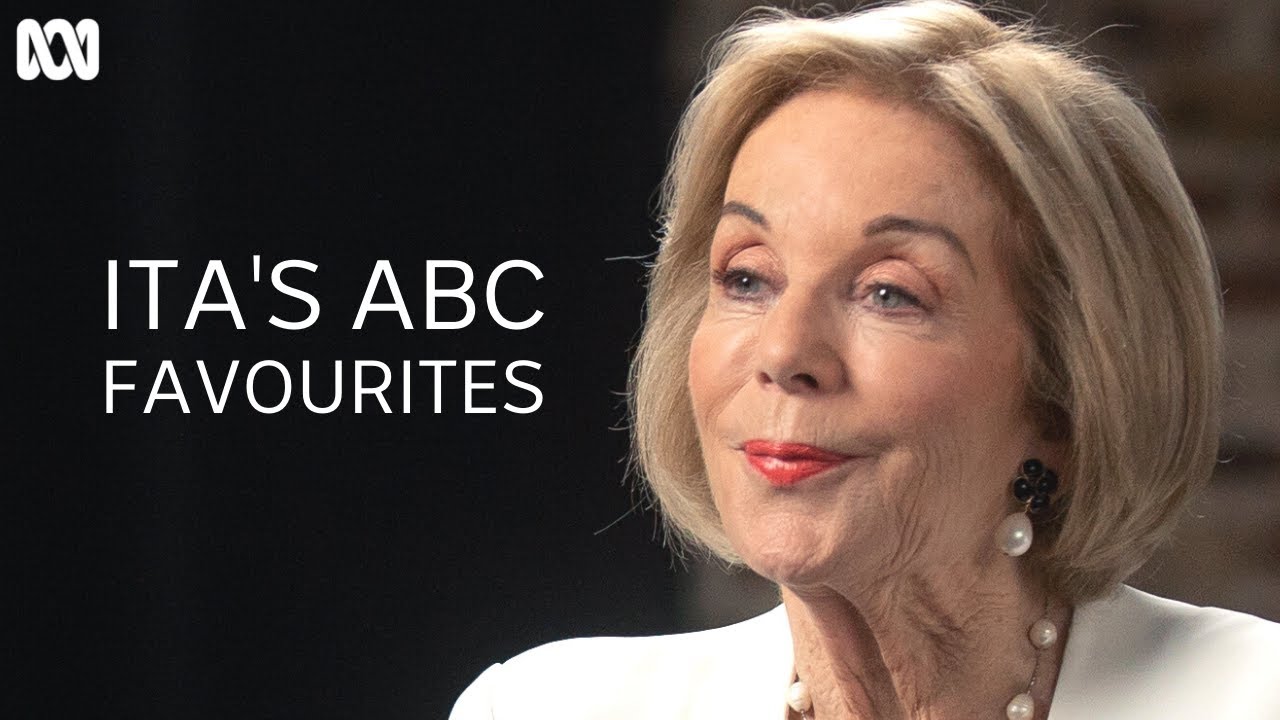 The ABC Of – Sarah Ferguson

David Wenham travels backwards in time with the new host of 7.30, Sarah Ferguson.I n this rare and open interview, she shows sides of herself viewers will not have seen before.

Famous for asking the tough questions, Sarah Ferguson has kept herself out of the spotlight for most of her career, preferring, as old-school journalists do, to avoid being the story. In this rare and open interview, she shows sides of herself viewers will not have seen before.

Sarah explains the adrenaline rush of big journalistic moments, why she’s attracted to war zones and what it’s like to interview a notorious paedophile.

She recalls her time in a domestic violence refuge and discusses the madness of the Rudd-Gillard years. But she also talks about the heartbreaking loss of her mother, why poetry is a touchstone of her life, and the moment when she fell in love with her husband Tony Jones.

The ABC Of - John Howard 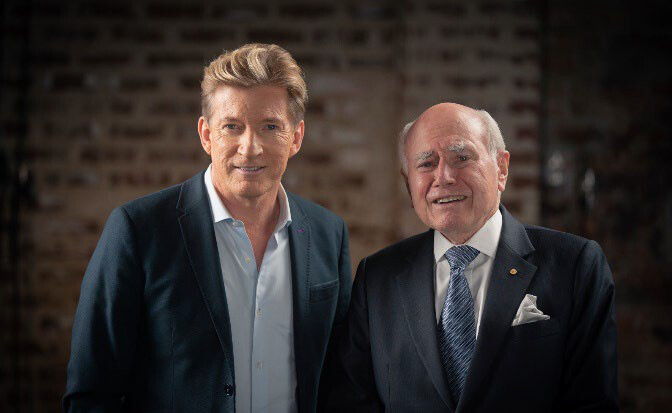 Host David Wenham meets John Howard, the former Prime Minister and most successful Australian politician of the last 50 years. Now 82, Mr Howard is still a force to be reckoned with.

For this episode, The ABC Of research team uncovered footage of him campaigning for MP Tom Hughes in Sydney’s Campsie during the 1966 Federal Election, and of his first day in parliament in 1974, as well as a colourful This Day Tonight profile from 1978.

In this relaxed and candid conversation, Mr Howard looks back on the joys and sorrows of his political career. He talks about the long road to PM, Port Arthur, Bali, East Timor, tax reform and his trademark morning walk, as well as what it’s like to be an Ex-PM and what he spends his time on in retirement - you will be surprised by what he watches on YouTube.

Gruen host only agreed to being a guest on ABC interview show as a favour to friend & producer.

The final episode of The ABC Of… aired tonight. I hope there is more seasons to come with the show.

I know its a similar structure to One Plus One (with Jane Hutchinson, Courtney Act and Barry Cassidy). But using only ABC footage and David Wenham as interviewer gives that.upper edge.

Good news, The ABC of… will return in 2023, with David Wenham again as interviewer.

The ABC Of is an interview series that brings prominent Australians face to face with their earlier selves. Each episode is built around a one-on-one conversation with host Davd Wenham, with questions inspired by the content of the video clips, all of which are drawn from the vast ABC archives. Before they sit down, the guests are unaware of the clips that have been chosen. And these video memories often travel past the choices you’d expect, the obvious markers of the guest’s CV, wending their way down delightful and surprising paths to footage that has not seen the light of day for decades. Steering each interview is David Wenham, a globally successful film and TV actor whose own ABC career dates back to early 1990s programs such as Simone De Beauvoir’s Babies, Come In Spinner, Police Rescue and G.P. as well as more recent series The Code and Les Norton. And no, we are not forgetting his turn as Diver Dan in SeaChange. At its core, The ABC Of is about how we change and how the world changes around us. It’s who we were and who we’ve become. It’s time travel without the cost and without the jet lag. A Guesswork Television Production in association with the Australian Broadcasting Corporation.

So glad that this show was not just a once-off season for ABC’s 90th birthday, and am glad its returning for a second season. David Wenham is a pretty good interviewer in this.