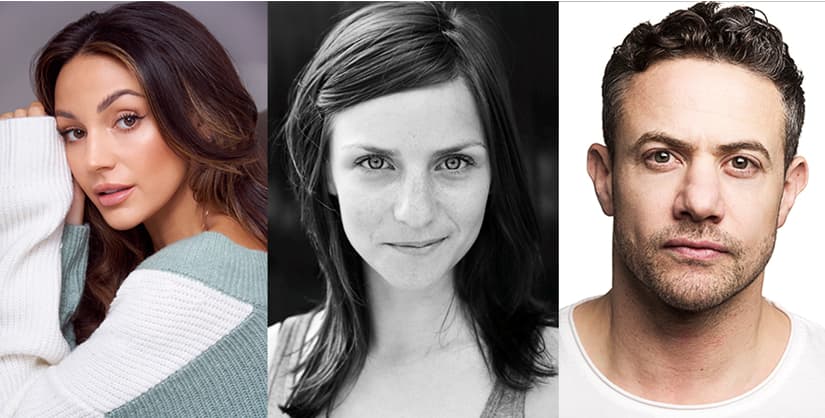 From Eleven, the team behind the award-winning Sex Education , and created by Danny Brocklehurst, Ten Pound Poms is a co-production between BBC and Stan.

Ten Pound Poms is the new original drama series produced by Eleven, the team behind the award-winning Sex Education . A co-production between BBC and Stan, the series will premiere as a Stan Original Series in Australia and on BBC One and BBC iPlayer in the UK. Joining Danny Brocklehurst on the writing team is Australia’s Ryan Griffen ( Cleverman ), alongside Smita Bhide ( The Indian Detective ) and Ava Pickett ( Brassic ).

The six-part series follows a group of Brits as they leave dreary post-war Britain in 1956 to embark on a life-altering adventure on the other side of the world. For only a tenner, they have been promised a better house, better job prospects and a better quality of life by the sea in sun-soaked Australia. But life down under isn’t exactly the idyllic dream the new arrivals have been promised. Struggling with their new identity as immigrants, we follow their triumphs and pitfalls as they adapt to a new life in a new country far from Britain and familiarity.

At the heart of the drama are Annie ( Faye Marsay ) and Terry Roberts ( Warren Brown ). They try to make the best of the situation for their family, but the poor living conditions at the migrant hostel and local attitudes towards immigrants test them in ways they couldn’t have imagined. They aren’t the only people at the hostel avoiding the truth. Kate ( Michelle Keegan ) is a young nurse who arrives without her fiancé and will do whatever it takes to try and rewrite her devastating past. Bill ( Leon Ford ) has lost his family business back home and is so desperate to prove he’s living the Australian dream that he’ll stop at nothing in order to get a lifestyle he can’t sustain. Teenager Stevie ( Declan Coyle ) comes from a troubled background and hopes to use this new adventure to escape his oppressive father. Meanwhile, Ron ( Rob Collins ), an Indigenous Australian war veteran, struggles with feeling like an outsider in his own country.

Danny Brocklehurst says: “Ten Pounds Poms demands an ensemble cast that we are always rooting for, actors we love and want to succeed. I am thrilled to have found those actors. It is a delight to welcome so much exciting Australian talent as well as working with the brilliant Faye and Warren for the first time. This is my third outing with the wonderful Michelle Keegan and I’m positive we will make another winner together.”

Ten Pound Poms is produced by Eleven for BBC One and BBC iPlayer in the UK and Stan in Australia. Tommy Bulfin executive produces for the BBC and Amanda Duthie and Cailah Scobie for Stan. Joel Wilson and Jamie Campbell executive produce for Eleven, and Olivia Trench will co-executive produce the series. Sony Pictures Television (SPT) will distribute the series worldwide.

BBC and Stan collaborating again, after the ratings success of The Tourist in Britain earlier this year.