Seven is to double down on the TV industry's love affair with dating shows with a reboot of its short-lived reality series Temptation Island.

Yes it is. So Seven is rebooting the show following the US.

Now all we need is Ten to revive Big Brother.

No thanks. We’ve already had that revival.

If I remember correctly, it didn’t rate well back in the early 2000s.

Is Seven making a heap of shows like this because Married at First Sight was popular?

If I remember correctly, it didn’t rate well back in the early 2000s.

I think it did alright in the first season but the novelty quickly wore off and there were a few revelations about the couples not being real couples so the show was labelled fake.

7 Studios are increasing their content output. I would put this in the same category as Yummy Mummies.

It could be exclusive to 7Play, then televised in a 9.30pm timeslot. Also, streaming services (etc Netflix) seem to buying this content making it a strong commercial investment for the network. 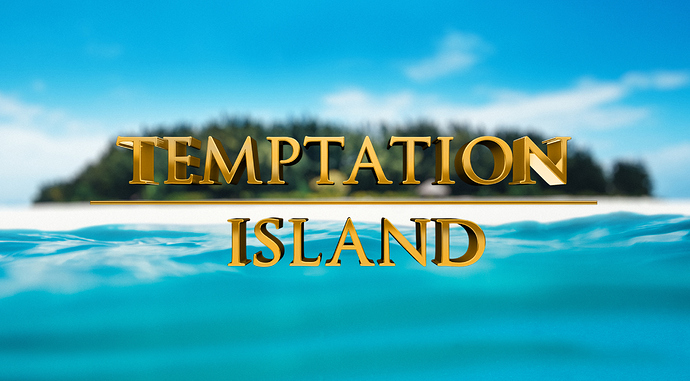 Channel Seven today announced it will reboot one of the most sizzling reality shows in television history: TEMPTATION ISLAND .

TEMPTATION ISLAND follows four dating couples at a pivotal time in their relationships, where they must mutually decide if they are ready to commit to one another for the rest of their lives - or go their separate ways.

Together, the couples travel to an island paradise where they live the “single life”, housed separately with a bunch of sexy singles who try to tempt them away from their relationships. In the end, will the couples leave together? Will they leave with one of the island’s “tempters”? Or will they break up and go home alone?

“It’s a fascinating exploration of the familiar vs the fantasy relationship. Most of us have an ideal mate in mind and Temptation Island actually allows participants to meet that person and compare it with their present relationship. It then asks the question, will they stay or stray?”

The recent return of TEMPTATION ISLAND in the US after 15 years saw a 92% above slot average for the 18-49 female demo on the USA Network. The series was recommissioned after just three episodes. The record-breaking season finale attracting 1.7m viewers, 68% above slot average.

TEMPTATION ISLAND is a Banijay Group / Screentime format. The original Australian series aired on Seven in 2002. The reboot will be produced by Seven Studios. Matt Apps is Executive Producer.

Casting is now open to couples at a crossroads in their relationship, willing to put their love to the ultimate test. Tempted? Go to www.temptationisland.com.au now!

Angus Ross told a Mediaweek podcast that the reboot would air next year.

These networks needs to realise that some of these reality shows that had popularity in the early 2000s are just not relevant anymore or don’t have the novelty that they once had. We’ve had so many reality shows come and go that this sort of format is not unique or does not stand out anymore. We have newer carnations like Bachelor in Paradise and Love Island now… we don’t need the dated versions like Temptation Island added to the fold.

For example… Fox in the US just started airing a new season of Paradise Hotel, which was popular in 2003. However the new version was a complete flop and Fox are now ending it after just 7 episodes. It shouldn’t be a surprise to anyone as shows like Bachelor in Paradise are around these days so Paradise Hotel just doesn’t have the same ring to it that it had all those years ago.

The only way I can see Temptation Island maybe doing OK is that if Seven strip it back as a late night multi night show post 9.30pm. That might work and make it a point of difference but I am still surprised they are even attempting this.

The ads for this look like something out of the early 90’s with the crappy gold Times New Roman title and the 80’s coloured water background.

Good. No more of this reality shit.

Seven need to get back to the days they were on top with decent first run dramas and not reboots, revivals or spinoffs.

Apart from news, I have only watched one show this week on free to air (Harrow).

There is nothing on the commercial channels that interest me since Five Bedrooms finished last week.

Can’t the networks launch a reality channel or something for all the shit to air on?

I really miss the days of drama, comedy, factual and entertainment (Rove) being front and centre.

Isn’t the lack of decent Logie nominees a sign there just isn’t enough programs on air to have a “favourite personality”.

Just look at all the past Gold Logie winners.

I only watch the news these days then stream.

So is it axed or postponed? Seven decides against another love-fest for now, thanks.