Telstra and FFA have done a deal for football rights 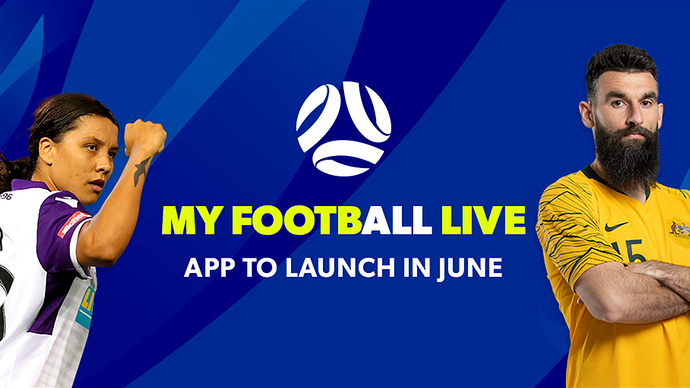 Telstra and FFA have signed a five-year deal to live-stream A-League matches via their ‘My Football Live’ app.
Telstra customers - which currently have the ability to access live streams of AFL and NRL matches - will be able to stream the A-League live from the beginning of next season.

Telstra sub-licensed the digital rights from Foxsports and will broadcast every A-League match, in addition to “key” FFA Cup matches, select W-League games, as well as Matildas and Socceroos clashes as part of the deal.

The ‘My Football Live’ app is set to launch in June, where it will provide selected Socceroos content from the 2018 World Cup. As part of the deal, Telstra will become the Official Technology Partner of all FFA competitions.

FFA CEO David Gallop said the deal was one aspect of the governing body’s plans to drive greater engagement in Australian football.

“Our media rights strategy was to deliver content to as many Australians as possible anywhere, anytime and this new partnership with Telstra delivers on that commitment, helping us offer many more people the chance to watch the Hyundai A-League, Westfield W-League, the FFA Cup and our national teams live,” Gallop said.

“As we saw with Riley McGree’s scorpion kick, the Hyundai A-League can produce moments that generate millions of views globally.

“And with women’s football the fastest growing part of the game, fans will now have the new option of watching the Westfield Matildas and Westfield W-League on the move through Telstra.

“This is the first of a range of innovations FFA is working on for next season.”

Probably under the same deal as the NRL and AFL apps, such as restricted in screen size, but bugger it, as a Telstra customer, I’m loving it.

The ‘My Football Live’ app is set to launch in June, where it will provide selected Socceroos content from the 2018 World Cup.

I assume the Socceroos content are just behind the scenes clips and post-match interviews with players and coach Bert van Marwijk? Because Optus and SBS have digital rights to the World Cup.

Yeah, it’s a shame about the restricted screen size.

Even watching on a 10 inch tablet, it’s still reduced to 7 inch, with black bars on all sides.

I know it’s to appease FOX, but it’s still stupid.

I know it’s to appease FOX, but it’s still stupid.

The minute we can tell Fox and Murdoch to f**k off, the better off this country will be. In so many ways…

The Hyundai A-League 2018/19 Season is here and there’s never been more ways to watch every match and keep up to date with all the news, thanks to the ‘My Football Live’ app. Earlier this year the FFA announced a five-year digital rights and...

Watching Sydney Deeeeeeeeeeeerby and last night’s Jets vs Adelaide game on my iPad, great to see that the screen size has not been restricted. It is proper widescreen, formatted appropriately.