TCN was the first television station in Australia to start test transmissions on Friday 13 July 1956, sixty-five years ago. It was front page news the next day in The Daily Telegraph, which was owned by Frank Packer who was the major shareholder in TCN. 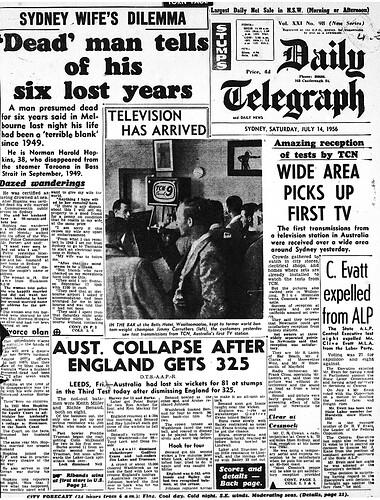 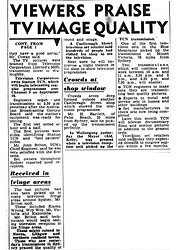 There was a full page ad in The Sunday Telegraph on 15 July 1956 celebrating the start of transmissions. 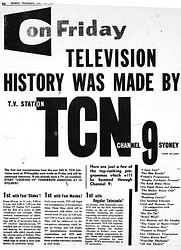 There was a double page advertisement in the Telegraph the previous week previewing what was ahead for TCN. 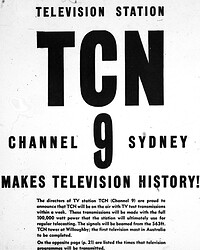 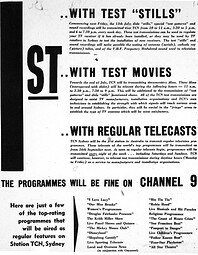 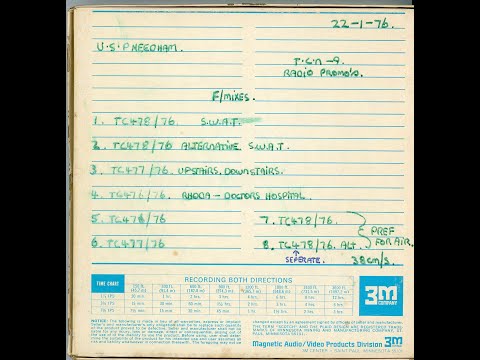