Stop Laughing This is Serious

###Stop Laughing This is Serious - Season 2

From Wednesday 1 February at 9:10pm 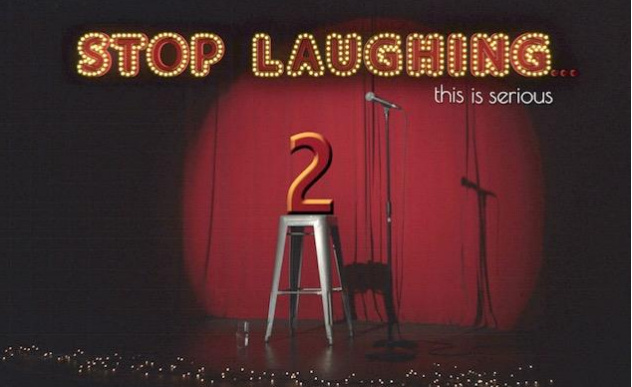 The second season of Stop Laughing… This Is Serious documents the captivating story of Australian comedy.

Through a blend of social history, extensive archive material and intimate interviews with some of the country’s finest comedians, we travel through stand-up, radio, television, and theatre, revealing how humour, laughter and comedy are integral to our national identity.

In Season 2, we delve deeper into the defining moments of Australian comedy and how they shaped our comedic voice. Weaving contemporary comedy with the best of our past, we drill down into the craft itself to reveal the inner workings of the creative process, the influences and the inspiration, the risks and the rewards. 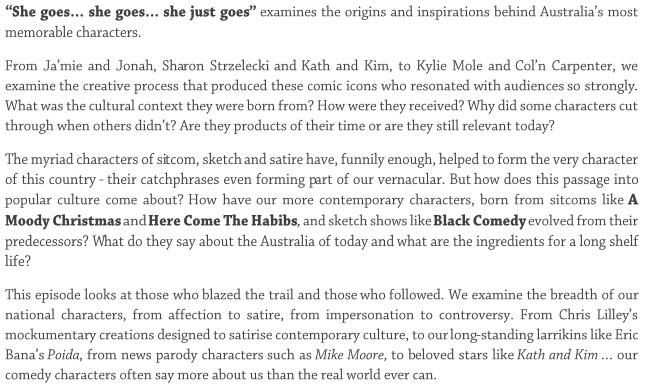 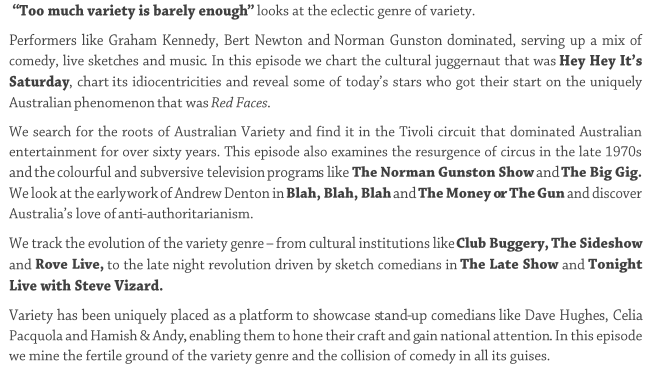 Some horrible editing with the interviews. They’ve filmed them from two different angles then Keppel switching between then every few seconds. It’s really jarring and looks really awful.