@JoFroggatt
I am very excited to let you all know that LAST LIGHT airs in the US and Australia on September the 8th. I can’t wait for you guys to see this! https://t.co/UD55Ivlwhp 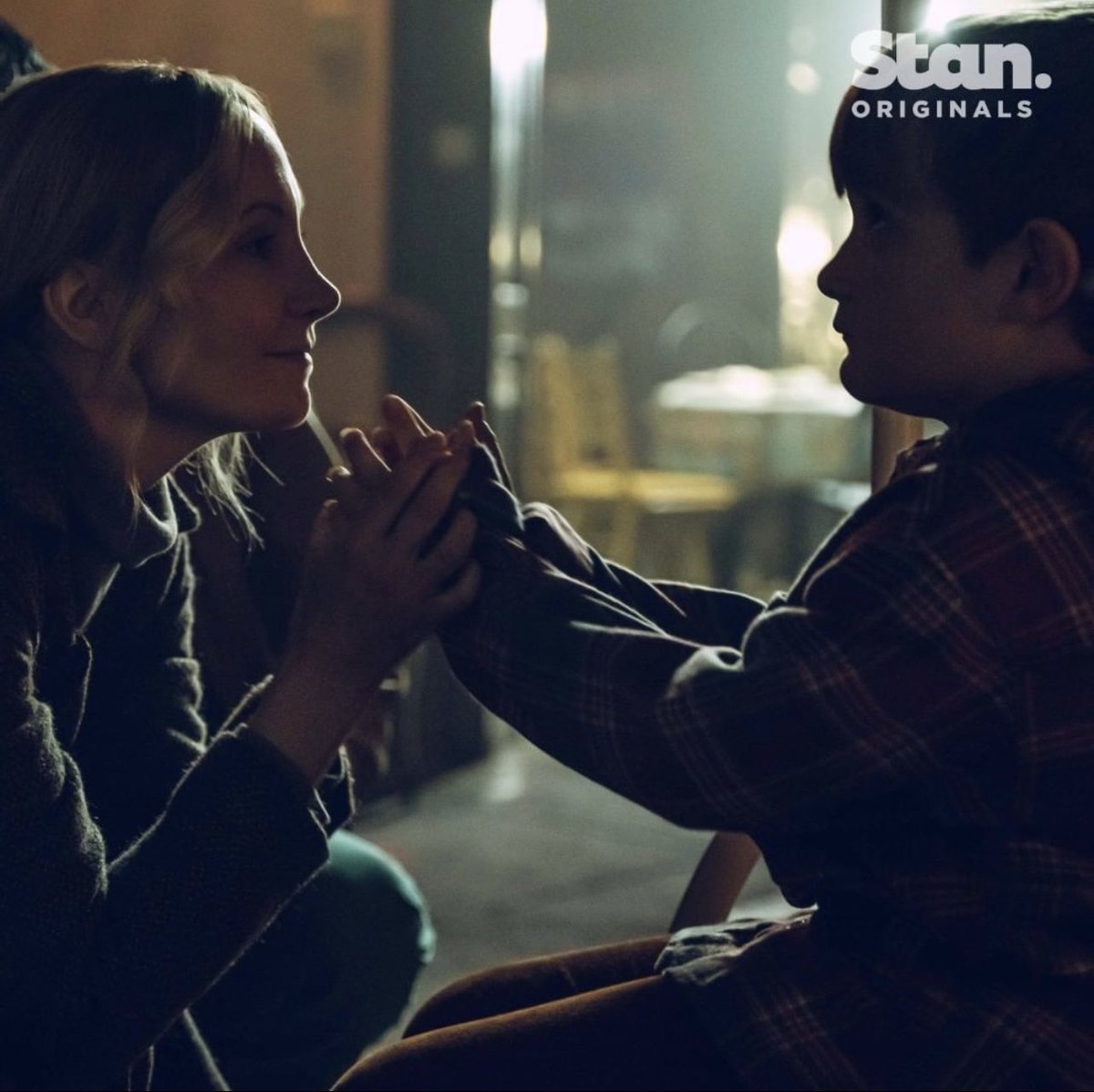 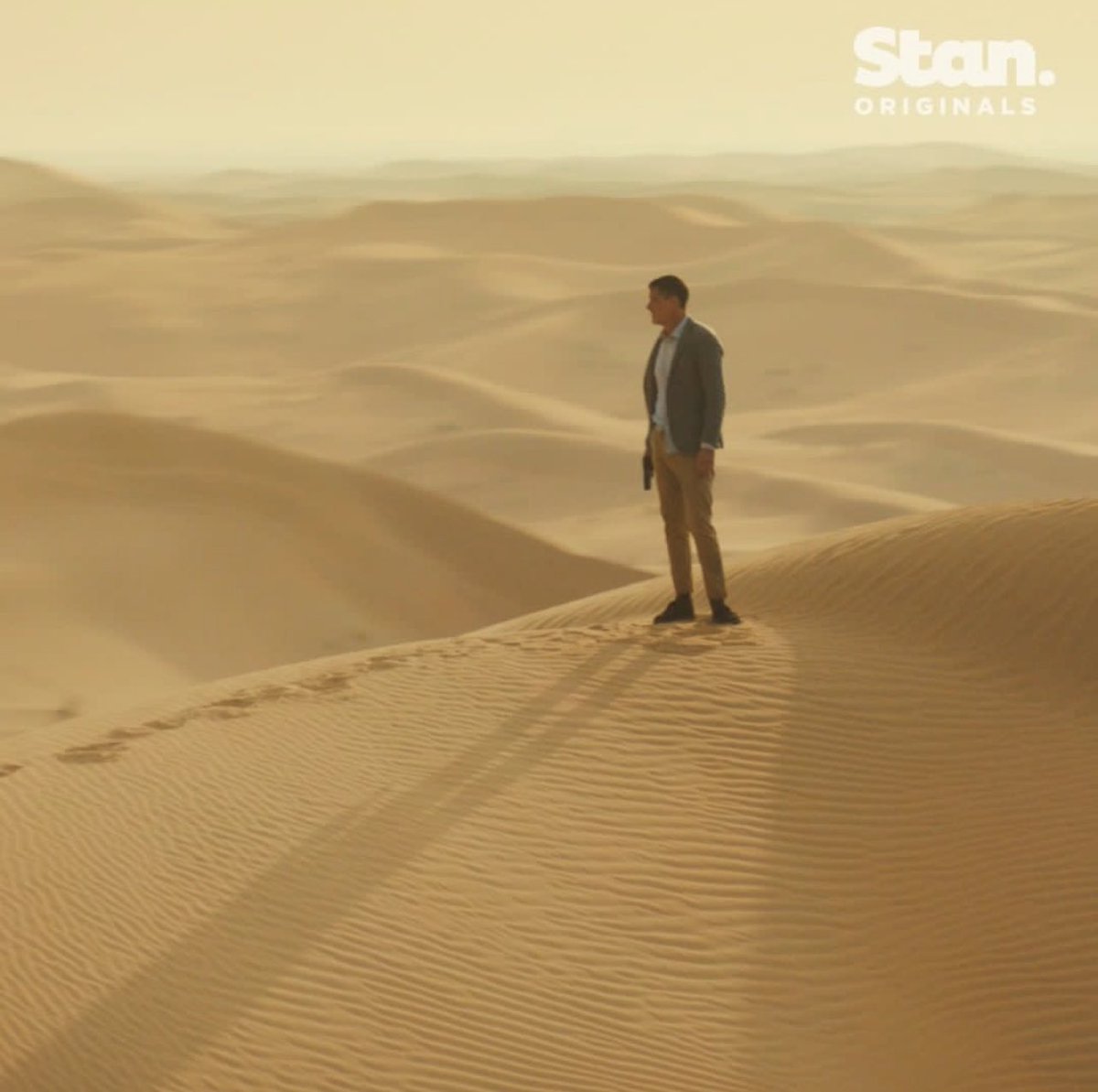 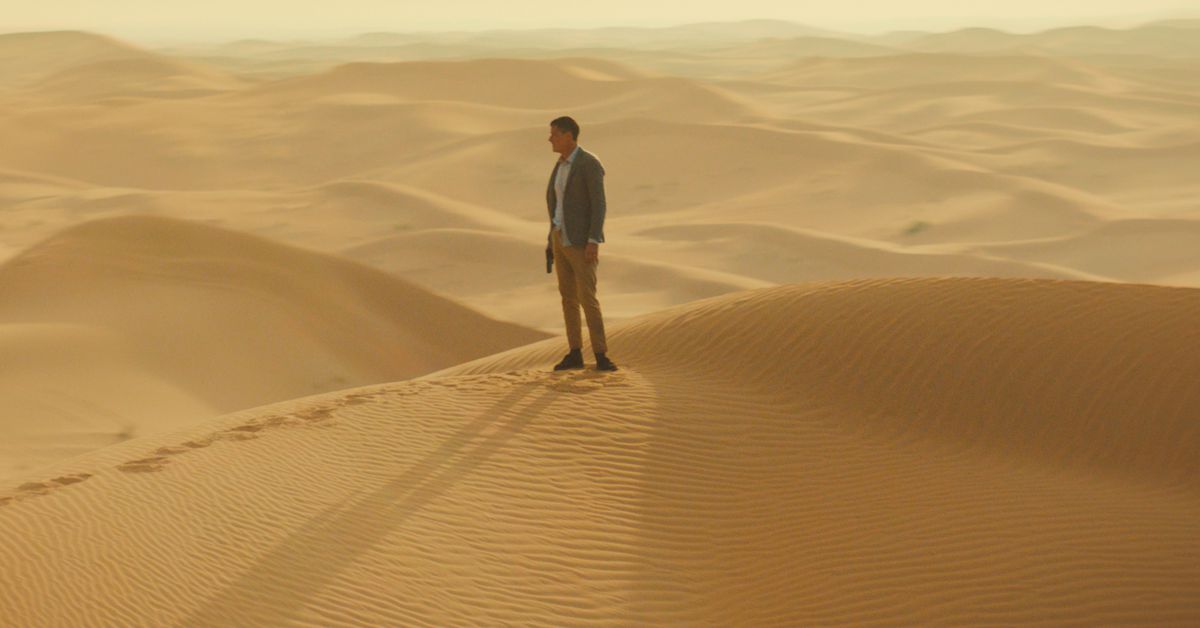 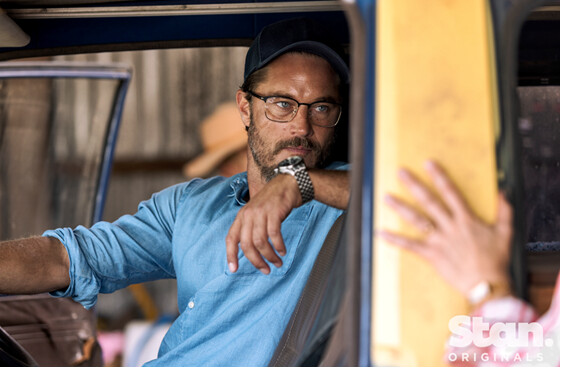 The series, produced by Goalpost Television, is created by Lucas Taylor (Harrow), writing alongside Boyd Quakawoot (Black Comedy) and Beatrix Christian (Jindabyne). Directed by Sian Davies (Stan Original Series The Gloaming) and Matthew Saville (Please Like Me) and shot by Murray Lui (Top End Wedding), the series is produced by Goalpost’s Rosemary Blight (The Invisible Man), alongside Lois Randall and Kaylene Butler.

The Stan Original Series Black Snow combines the character-driven storytelling of a coming-of-age drama with the gripping mystery of a classic whodunit to create a unique series that is deeply rooted in its North Queensland setting. In 1995, seventeen-year-old Isabel Baker was murdered. The crime shocked the small town of Ashford and devastated Isabel’s Australian South Sea Islander community. The case was never solved, the killer never found. But in 2020, the opening of a time capsule unearths a secret that puts cold-case Detective James Cormack (Travis Fimmel) on the trail of the killer.

Black Snow acknowledges the traditional custodians of the lands on which the series is being produced, including the Ngaro Gia and Juru people of the Birra Gubba Nation, and the Australian South Sea Islander community and their significant place in Queensland’s history. 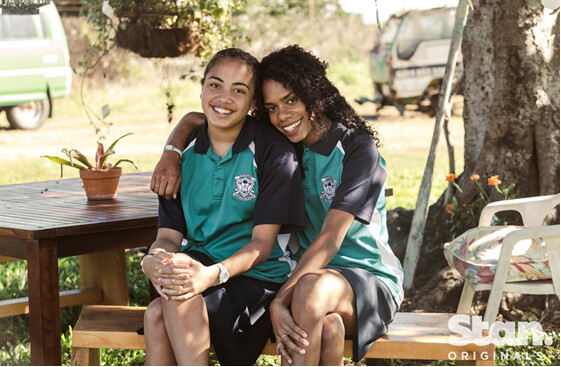 Stan Chief Content Officer Cailah Scobie said: “Featuring a phenomenal cast led by Vikings star Travis Fimmel, Black Snow promises to be a landmark addition to our growing slate of homegrown Stan Originals. Our thanks to the extraordinary team at Goalpost Television and our partners at Screen Australia, Screen Queensland and Screen NSW, alongside the Australian South Sea Islander community of North Queensland, without whom this outstanding series would not be possible.”

Goalpost Television’s Rosemary Blight said: “It’s a privilege to be making this exceptionally crafted drama alongside the Australian South Sea Islander community of North Queensland. We have an incredibly talented creative team lead by creator Lucas Taylor and directors Sian Davies and Matthew Saville and a wonderful cast that combines the experience and stature of actors such as Travis Fimmel with exciting new discoveries such as Talijah Blackman-Corowa and Jemmason Power.”

Sundance Now VP of Programming Shannon Cooper said : “Travis was meant to play Detective Cormack and lead this exceptionally strong cast as they help tell this gripping story. We’re excited to work alongside our long-time partners at Stan as well as Goalpost Television and All3Media International as filming gets underway, and we’re thankful for everyone’s diligence in cultivating a trusting and fruitful relationship with the local communities as their support is invaluable.”

Screen Queensland CEO Kylie Munnich said: “We’re proud to support Black Snow through Screen Queensland’s Screen Finance Program, and previously during its development through our Ideas Program in 2020. Screen Queensland is deeply committed to empowering and uplifting diverse voices, and we look forward to seeing this powerful series come to life, currently filming in North Queensland.”

The Stan Original Series Black Snow is currently in production. 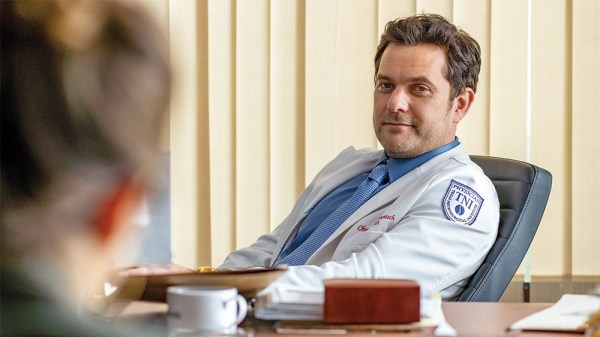 ‘Dr. Death’ Renewed for Season 2 at Peacock, Will Focus on New Medical True...

“Dr. Death” has been renewed for Season 2 at Peacock, Variety has learned. But while the first season focused on the case of Dr. Christopher Duntsch, the show will now take on an anthol… 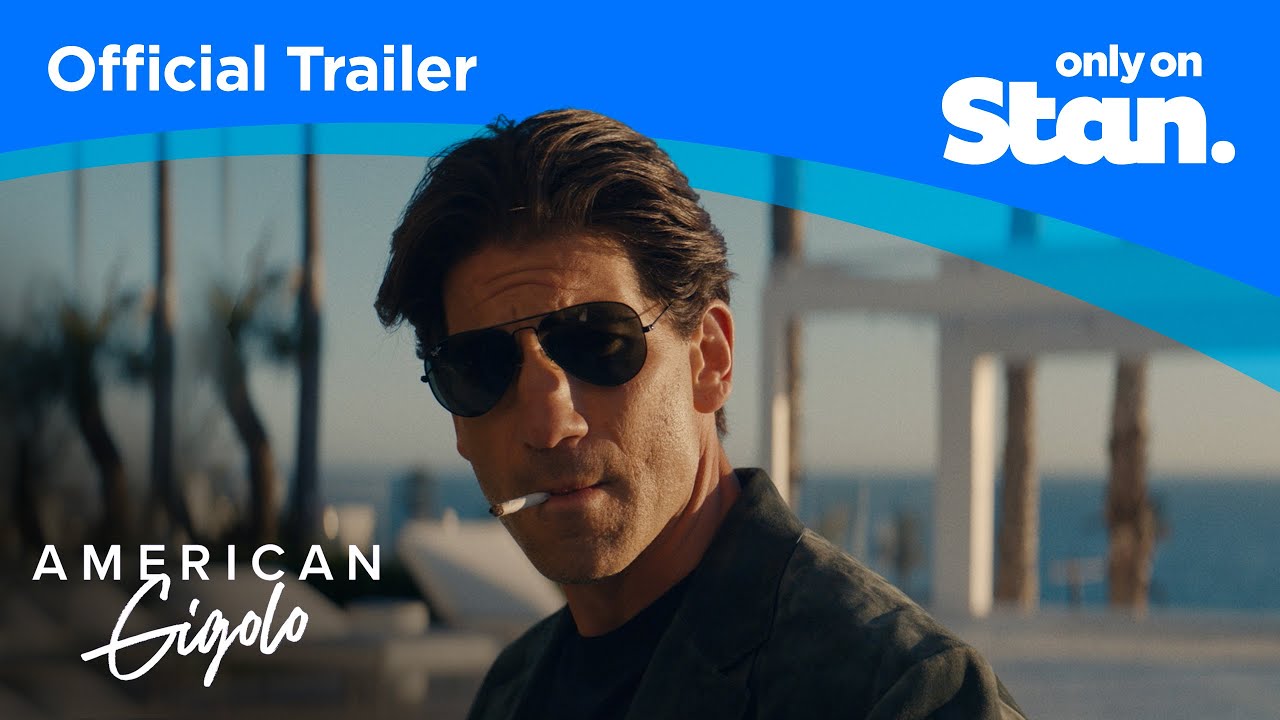 Starring John Bernthal comes the reimagining of the 1980 film American Gigolo of the same name written and directed by Paul Schrader. His character seeks the truth about how he got sent to prison as he struggles to find his footing in modern day Los Angeles after getting out of Prison. The series is coming September 10, only on Stan.

@StanAustralia
The Ho empire is coming back! Here's your first look at the brand new season of House Of Ho, the docuseries inspired by Crazy Rich Asians. Premiering August 25, only on Stan. #HouseOfHo https://t.co/rs5hdEOSCn 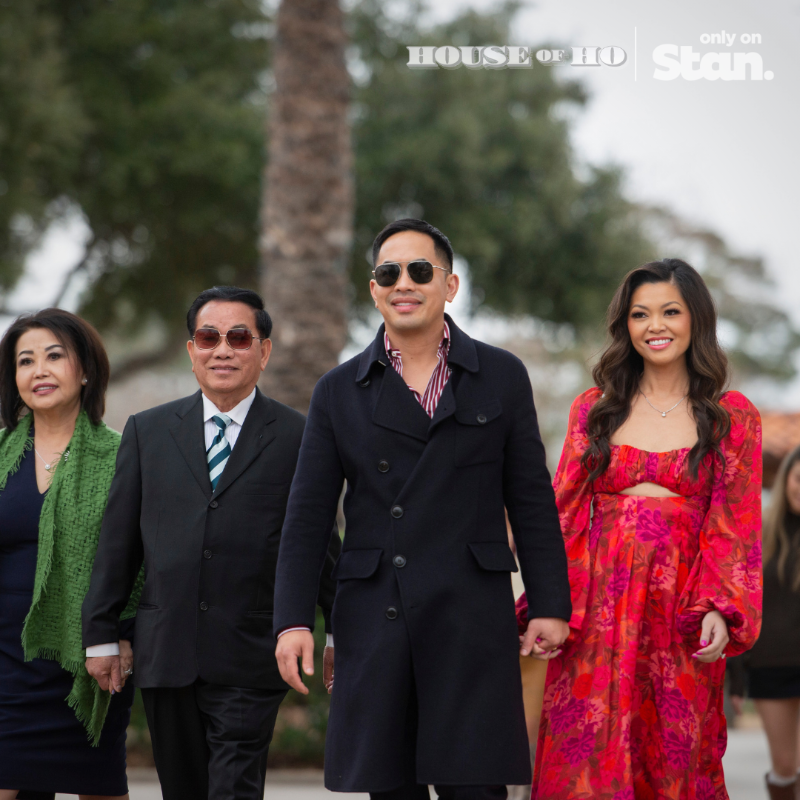 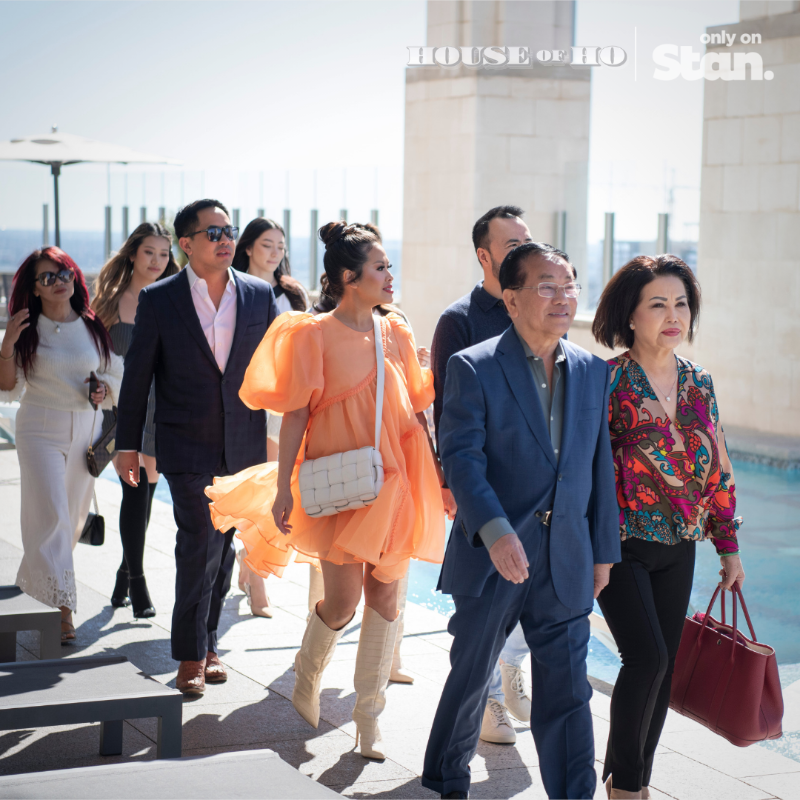 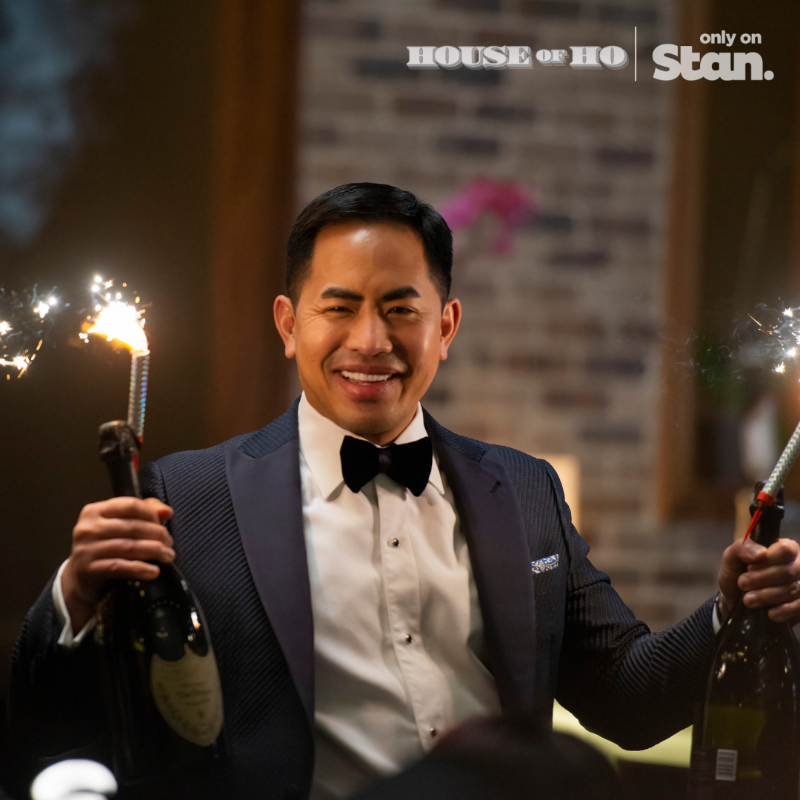 The Resort is an eight-part multi-generational, coming-of-age love story disguised as a fast-paced mystery about the disappointment of time.

@StanAustralia
JUST ANNOUNCED: Time-bending thriller The Lazarus Project will be back for a second season. 🙌 Watch Season 1 now, only on Stan. #TheLazarusProject https://t.co/F4XB5a0QEr
TV.Cynic August 8, 2022, 10:03pm #949 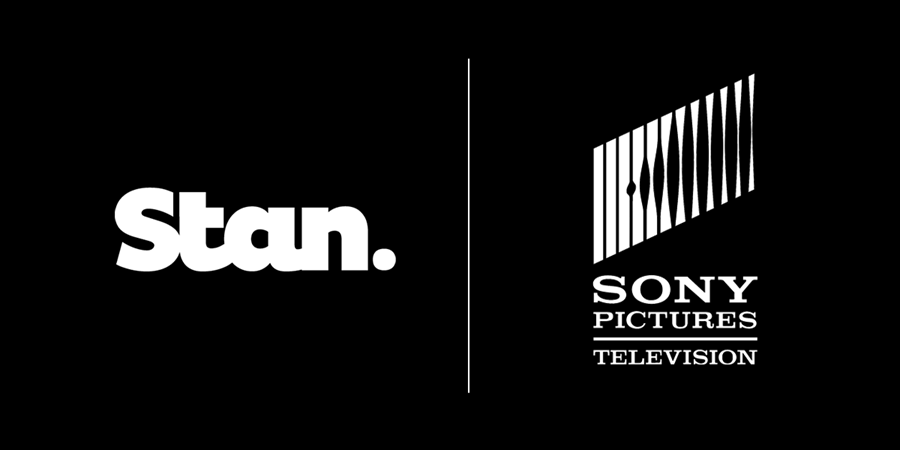 Premium catalogue of global blockbusters to stream on Stan, including Spider-Man , Jumanji and Men in Black film franchises

The deal also builds on Stan’s long-standing relationship with Sony Pictures Television, which has seen smash-hit series Better Call Saul and Breaking Bad stream exclusively on Stan in Australia – with the new agreement extending Stan’s rights to both iconic series.

Stan’s new agreement with Sony Pictures Television will see the exclusive premiere of a number of first-run premium dramas coming soon, including Twisted Metal, a half-hour action-comedy series about a motor-mouthed outsider offered a chance at a better life, but only if he can successfully deliver a mysterious package across a post-apocalyptic wasteland. Based on the PlayStation® video game franchise and written by Michael Jonathan Smith (Cobra Kai), Twisted Metal stars Anthony Mackie (The Falcon and the Winter Soldier), Stephanie Beatriz (Brooklyn Nine-Nine), Thomas Haden Church (Spider-Man: No Way Home) and Neve Campbell (The Lincoln Lawyer).

Other premium dramas coming soon to Stan include Straight Man, a mid-life crisis tale starring Bob Odenkirk (Better Call Saul) as William Henry Devereaux Jr, the unlikely chairman of a Pennsylvania college English department; Panhandle, starring Luke Kirby (The Marvelous Mrs. Maisel) and Tiana Okoye (The Good Place) and set in the Florida panhandle, with the series following arm-chair detective Bell Prescott (Kirby) and reluctant traffic cop Cammie Lorde (Okoye) as they wrestle with personal demons, shocking twists, and a few Florida gators on their journey to heal themselves and their town; and Passport to Freedom, which tells the story of Aracy de Carvalho (Sophie Charlotte), an employee in the Brazilian consulate in Hamburg, Germany in the lead up to World War II, who managed to save many Jews by issuing passports to allow them to travel to Brazil.

The new agreement also includes iconic Sony Pictures Television series including The Nanny , Dawson’s Creek , For Life and more, alongside an extensive catalogue of global blockbuster film franchises, including Spider-Man, Jumanji, Men in Black and many more.

Stan Chief Executive Officer Martin Kugeler said: “Stan’s major new strategic content agreement with Sony Pictures Television will bring a large suite of world-class, premium drama to our subscribers exclusively. This deal is the latest addition to our existing partnerships with major Hollywood studios and will give Stan an even stronger long-term lineup of exclusive first-run premium content.

Sony Pictures’ EVP for International Distribution & Networks Mike Wald said: “With their wide array of premium international and local content, Stan has been a great partner for us to reach Australian audiences. We are thrilled to extend our strong relationship with them and to have Stan as the future home for so many of our most exciting TV series and global franchises.

Thought this might mean we would see The Goldbergs on streaming but it seems not.

Wondering if that was actually filmed in Bali… I’m not usually a watcher of Stan originals but that looks really good.

The Foxtel one only mentions S.W.A.T. , beloved sitcom The Nanny and the ever popular, multi–Emmy Award-winning series Seinfeld 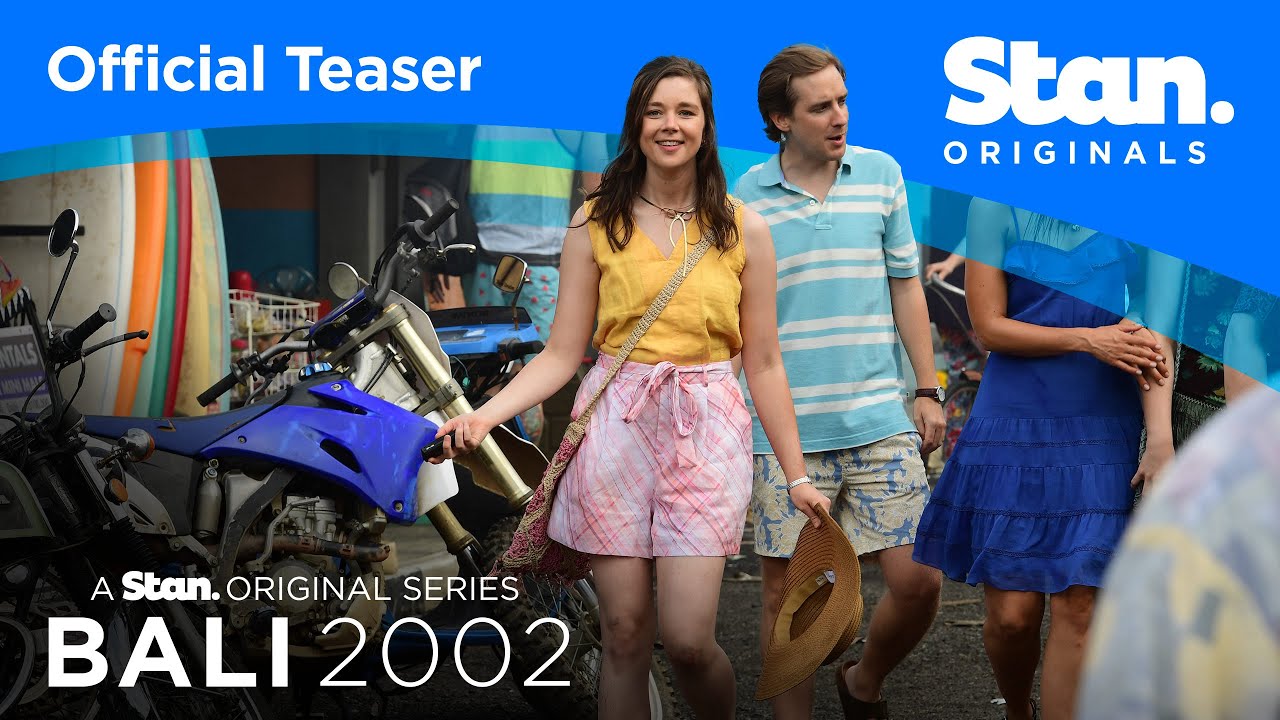 Premieres September 25, only on Stan.

12th October 2002, the island of Bali is shattered by a terrorist attack on two of Kuta Beach’s busiest nightclubs. Local Balinese and the mainly Australian and British tourists scramble to rescue the injured and comfort the dying. Australian and Indonesian authorities mobilise to evacuate survivors, identify victims and investigate what really took place.

Amidst this chaos, heroes arise from the most unlikely places and cultures unite in the search for healing, justice and meaning.

Victims struggle to rebuild their broken lives, the Indonesian and Australian security forces face a clear and present danger – they must work together to capture the terrorists before they strike again. But even if justice can be achieved, can it bring true healing and redemption?

Looks to have been filmed in Western Sydney.

Supported under the Made In NSW Fund, the production will film in Western Sydney, and is expected to generate up to 810 jobs in NSW.”

Is this the first time anything has been made about the Bali bombings? Other than the od doco. 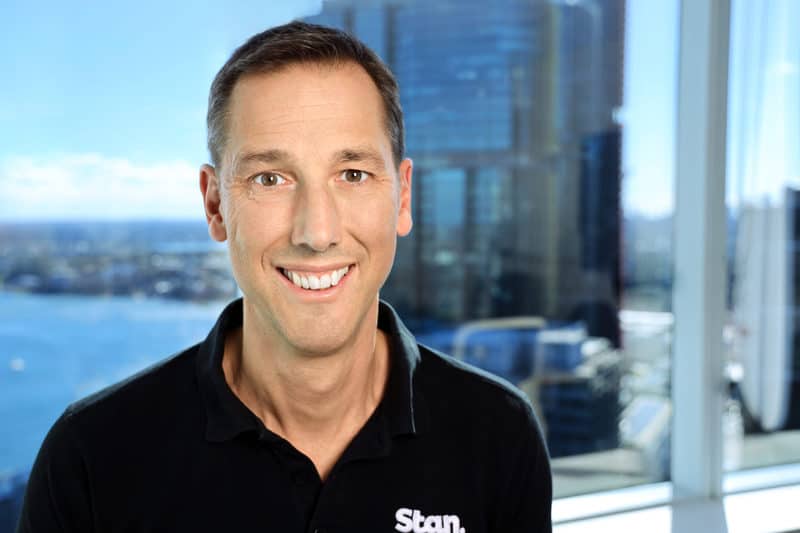 This week, Stan announced that it had entered a new multi-year strategic content partnership with Sony Pictures Television

Totally Completely Fine is a six-part dark comedy about the complexities of grief, the power of friendship, and the ways our sadness can unite us. The series examines family, legacy and ultimately asks: how many lives do we have to save before we'll... 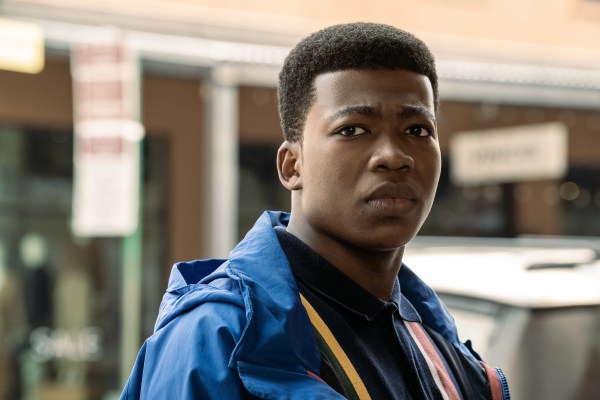 Starz has renewed Power Book III: Raising Kanan for a third season ahead of the show’s sophomore return on August 14. Production on Season 3 will begin this summer in New York. The third inst…

@StanAustralia
The prince of the Southside is back. The brand new season of Raising Kanan premieres tomorrow, only on Stan. #RaisingKanan https://t.co/POm1miOWAk 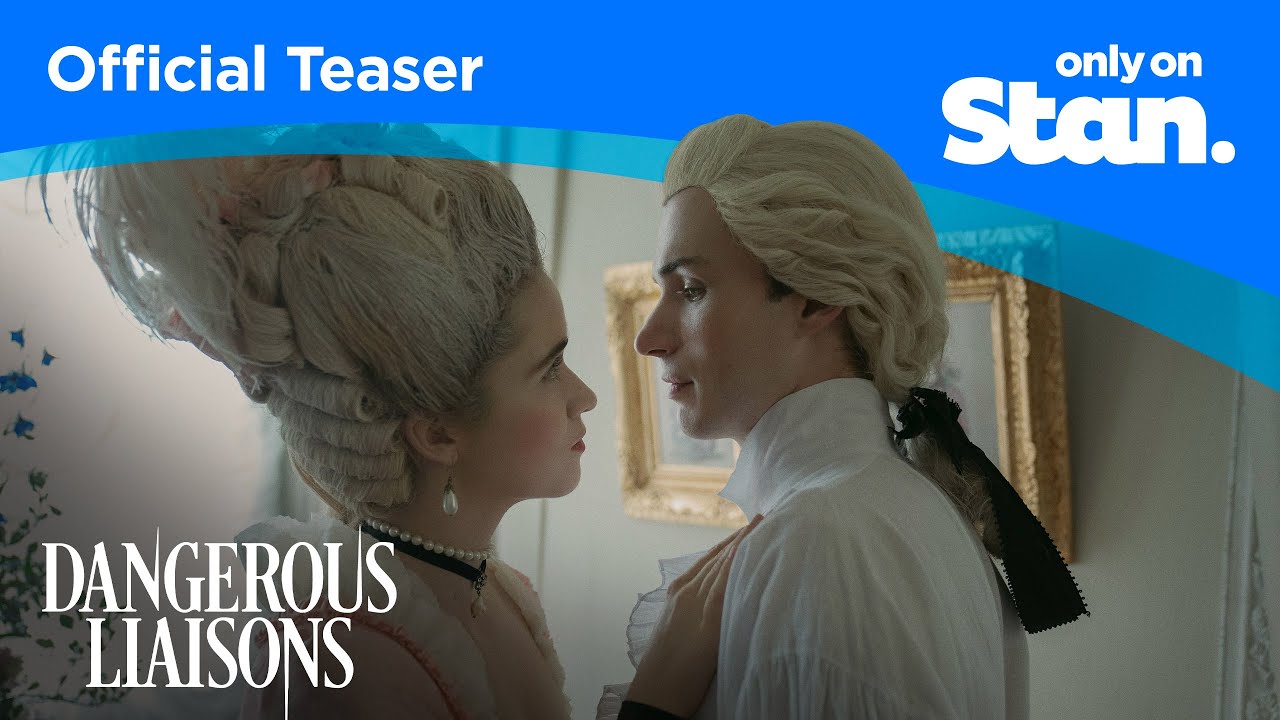 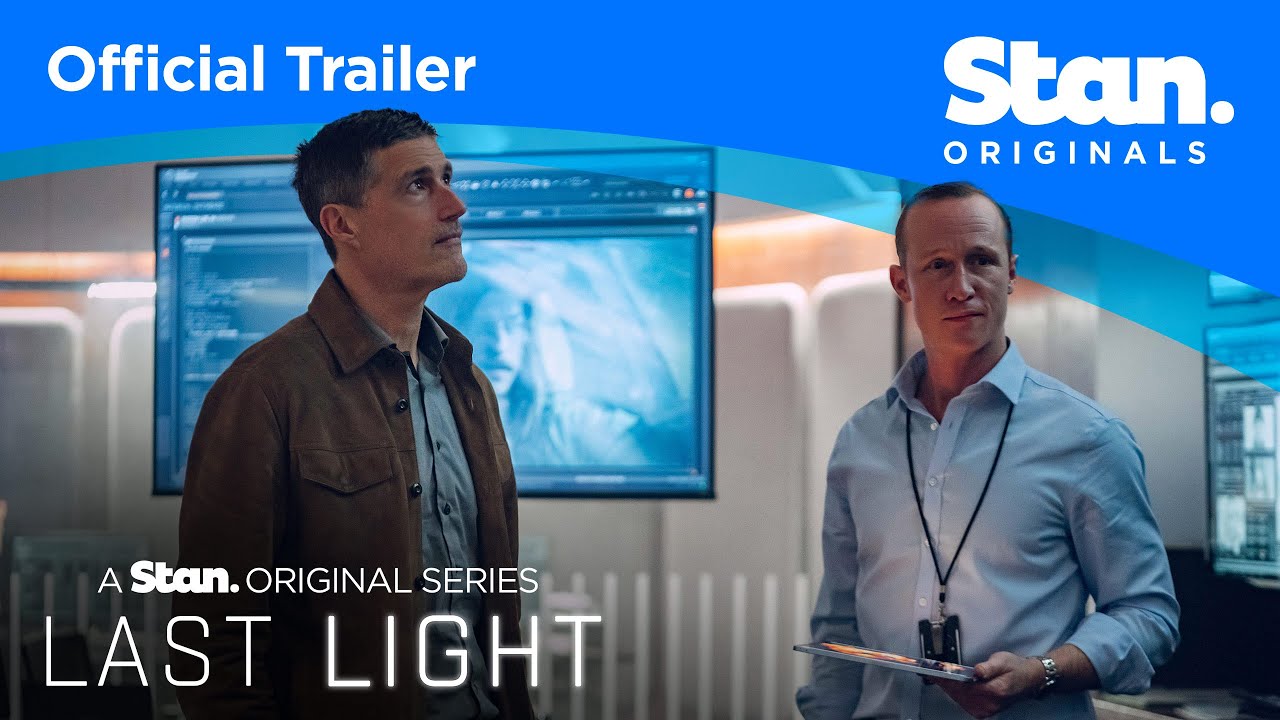 A feature documentary for Stan’s Revealed slate about the Great Barrier Reef and some of its most loyal citizens who are racing against time to turn the tide on the danger facing the world’s largest living organism. Led by Andy Ridley, the creator of Earth Hour, a small group of scientists, volunteers and Indigenous rangers set out to help protect and conserve the Reef by uploading data to one of the largest natural census undertaken in human history. Rather than getting a sinking feeling about the Reef and its fate, seeing this armada in action aims to inspire and empower viewers to take part in their plight. This film from CME and WildBear Entertainment is directed by Matt Tomaszewski (Outback Wrangler) and produced by Chris Chard and Holly Trueman (Human Animal). It is executive produced by Michael Tear (Hating Peter Tatchell), Bettina Dalton (Playing with Sharks) and Tom Abood and is financed with support from Citizens of the Great Barrier Reef and Screen Queensland. It will premiere as a Stan Original.