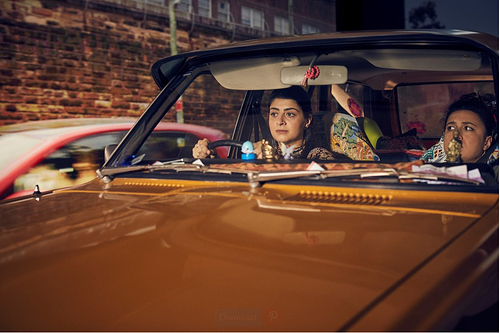 ABC and Screen Australia in association with Create NSW are pleased to announce that filming is underway in Sydney this week on Jungle’s new six-part comedy series Squinters, a series that celebrates the great Aussie ritual that is the everyday work commute.

Created by Trent O’Donnell (The Moodys, No Activity) and Adam Zwar (Wilfred, Lowdown), Squinters tracks the trials and tribulations of five carloads of travelers in peak hour morning transit and again on their drive home to find out how the workday turned out.

Our commuters include: a dispatch driver hoping to win the woman of his dreams by carpooling her to work; a single mum keen to avoid her teen daughter making the same mistakes in love, while juggling a new romance of her own; a clueless ex-school bully hitching a ride with the guy he tormented; best girlfriends whose friendship is tested when one becomes the other’s unlikely boss; and a newly ‘out’, middle-aged man grappling with both possible redundancy and a recalcitrant dog.

Squinters will shoot in October in Sydney and Los Angeles, and air on ABC in 2018.

Reminds me of that SBS show they did with commuters on the train. Anyone remember the title?

The SBS show with commuters on a train you’re referring to was Going Home which aired in 2000-01. That one was a mix of scripted drama and topicality.

The SBS show with commuters on a train you’re referring to was Going Home which aired in 2000-01. That one was a mix of scripted drama and topicality

That was a great show. They should’ve just brought that back, but Squinters has promise.

It sounds like “No Activity” without cops. Do they leave the cars? I know it’s an easy and cheap way to film but we shouldn’t be making stuff for that reason.

This six-part comedy series tracks the trials and tribulations of five car loads of travellers in peak hour morning transit and again on their drive home to find out how the workday turned out. CAST: Tim Minchin, Mandy McElhinney, Sam Simmons, Jacki Weaver and Damon Herriman

From Wednesday 7 February at 9.00pm 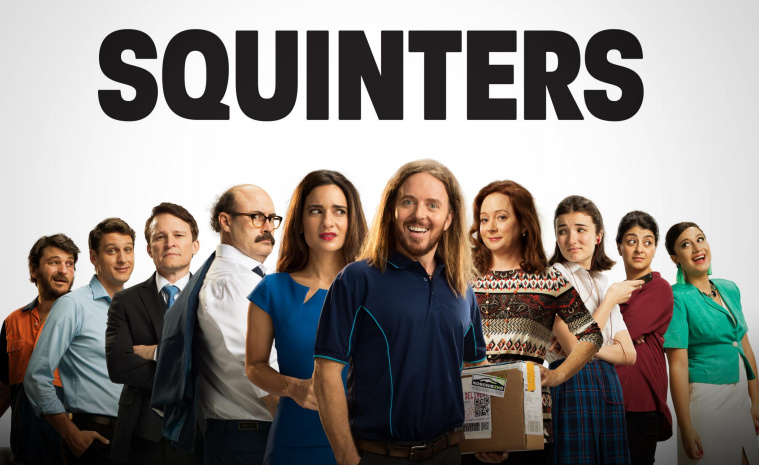 The six-part comedy series Squinters celebrates the great Aussie ritual that is the everyday work commute. We share the comical trials and tribulations of five carloads of travellers in their peak hour transits to and from work, learning about their days in the process.

During morning peak hour and within the intimate car setting, workers of consumer goods dispatch centre ‘Kosciusko’, reflect on their lives, share their goals and ambitions and plan their day. Then, after the working day, we join our workers again as they discuss the highs and lows of the past eight hours as well as their hopes and dreams for the future.

Delivery driver Paul (Tim Minchin) starts an eco-carpool by slipping a sole promotional flyer under the office door of Romi (Andrea Demetriades) from Marketing. It’s clear he’s got a crush on her and she thinks he’s kind of cute – and they soon share a cheeky banter, bonding over teasing each other and a shared curiosity of social mores.

Middle management material and recalcitrant dog owner, Lukas (Sam Simmons), shares news of his possible promotion with his opinionated Mum, Audrey (Jacki Weaver), in the hope that it will impress her. In return, she critiques his relationship with his never-seen partner Eric and Lukas’ ‘parenting’ of his beloved dog Barney. When the promotion turns into a redundancy, Lukas is left interrogating the ashes of his career with the by-phone-only help of the company’s careers counselor, Davis (Nyasha Hatendi).

Bridget (Mandy McElhinney) is a time-poor single, professional mum, juggling family, love and bills. On her commute she takes her teenage daughter, Mia (Jenna Owen) to school, and her 2yo daughter, Chloe, to childcare. Mia focusses her attention on her music aspirations and boyfriend VJ (John Luc aka ‘MyChonny’) whilst Bridget tries everything she can to keep Mia off the path Bridget herself travelled to end up where she has.

When forklift driver Macca (Justin Rosniak) loses his license drink-driving, old schoolmate and IT work colleague Ned (Steen Raskopoulos) volunteers to drive him, despite being the target of much of Macca’s high school bullying. They immediately slip into the roles they had at school – Macca the alpha and Ned the beta. As Ned interrogates Macca’s life and Macca reflects on his own behavior, particularly Macca’s on again, off again marriage, the men find equilibrium. But how long will it last?

Simoni (Susie Youssef) arranges a job interview at Kosciusko for best mate Talia (Rose Matafeo) to help raise funds for their yoga-bar venture ‘Cabernet Shavasana’. On the way, Simoni runs interview practice with a reluctant Talia, fearing she will be unprepared and embarrass herself. But Talia exceeds expectations and unexpectedly lands a supervisor job, becoming Simoni’s boss. Things won’t be the same…

Rumours of a corporate takeover by Amazon or another U.S. giant spread through the Kosciusko workforce. Who will be affected? How? But life for our commuters must go on as careers are reshaped, friendships are tested and new relationships are born.

Just noticed all the eps are on Iview. I quite liked it.

I enjoyed it! Great mix of actors and witty one liners.

Returning in 2019, the six-part comedy series Squinters celebrates the comically mundane ritual of the everyday work commute and the new season is set to deliver more laughs, more stars and even more road trip worthy moments. Season 2 picks up with Aussie distribution company ‘Kosciusko’ taken over by an American conglomerate. Under new management, our travellers have new jobs and for some, new passengers along for the ride. Over the six episodes, we learn intimate details of their lives, relationships and struggles, as they navigate their new workplace. New cast members Claudia O’Doherty, Stephen Peacocke, Justine Clarke, Anne Edmonds, Genevieve Morris and Ernie Dingo.

This was alright for one season but I think the novelty has worn off. 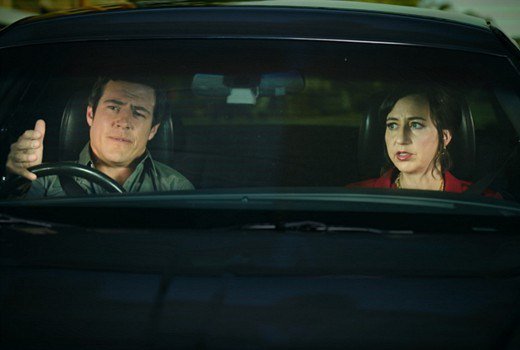 Starts Wednesday 10 July at 9.00pm on ABC, with all 6 episodes available to watch on ABC iview.

The colourful commuter characters working for Aussie dispatch company Kosciusko and their friends and families, are back in the new six-part season 2 of hit comedy series Squinters. It’s during those daily commutes, that they hilariously reflect on their relationships, jobs, ambitions, and otherwise discuss the important…and not so important…parts of their lives.

Squinters season two arrives with a fresh start for the employees of Kosciusko - or ‘K2’ as the new American owners are calling it. The US corporate takeover that provided season one’s cliffhanger has come with better titles, but mostly not better jobs, for our commuters, and so, resigned to more of the same at work, their focus turns to issues closer to their hearts: love, sex, babies and family relations.

Arriving with newowners and branding is K2’s new American CEO, the formidable but emotionally stunted Tina (US TV comedy star Kristen Schaal- 30 Rock, Last Man on Earth, Flight of the Conchords). She’s being chauffeured by Brett (Stephen Peacocke - Wanted, Home & Away), a handsome Australian who has taken a crash course in being a bodyguard so that his precious cargo gets to and from the offices each day. Despite the significant power differential andTina’s contempt for all things Australian, the couple will bond over a secret Bolognese ingredient- a dash of milk­ and, who knows?, perhaps more…

Lukas (Sam Simmons- No Activity) is forced to return to K2 after losing his redundancy to a particularly handsome online scammer. He has a new job as a forklift driver and sees promise in the opportunity to hang out with the other forklift boys. But he will also have to join forces with his oddball sister Rachel (Claudia O’Doherty- Love (Netflix); Inside Amy Schumer), to battle it out with their Aunty Alison (Genevieve Morris - No Activity), over the proceeds of their mother’s will.

Talia (Rose Matafeo - Conan, 2078 Edinburgh Comedy Festival winner) has moved into Romi’s (Andrea Demetriades - Seven Types of Ambiguity) spare room, replacing Romi’s ex-boyfriend Paulin the carpool(as he’s jumped ship in order to save the oceans). The new housemates invite their respective parents over for dinner and are a little perturbed when they discover their parents share an interest in right wing politics. And, worse, in each other.

So they just followed the No Activity formula to a tee?