Shooting has started in Sydney on the highly anticipated second series of Soul Mates. A co-commission between ABCTV and NBC Universal’s new all-comedy US SVOD platform SeeSo, the 6x30” comedy will screen on ABC in Australia and SeeSo in the United States later in 2016. 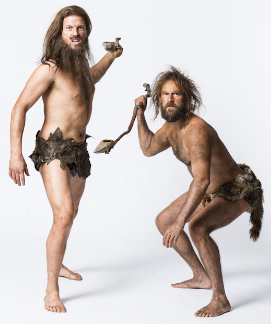 From the creative team behind Bondi Hipsters, Soul Mates is written and directed by brothers Christiaan and Connor Van Vuuren and stars Christiaan and Nick Boshier as a couple of buddies continually drawn together across the course of human history, past and future.

Series Two of Soul Mates reunites viewers with many of their favourite characters from Series One; Bondi Hipsters, Dom and Adrian explore alternative careers, including turning their hand to the barista business, opening the “Closed Cafe” – an establishment so off-piste, it’s only open when it’s closed, Cavemen, Rocky and Sticks are now parts of a fledgling community grappling with early social evils like the invention of middle management and monogamy, while Kiwi Assassins, Roger and Thinge are now son and step-father on a mission to stop an evil Australian people smuggling ring from stealing New Zealand’s most precious natural resource: schoolboy rugby players. Joining these familiar faces are two new, Ancient Egyptian mates: Seti, the disgruntled Eunuch son of Queen Hatshepsut and Seti’s favourite Israelite slave, Amram.

ABC’s Head of Comedy, Rick Kalowski says: “It’s a thrill for ABC to be among SeeSo’s first international partners, especially on Soul Mates, which showcases some of the best Australia has to offer: bad coffee served by tattooed nobs, and a petty rivalry with New Zealand founded on basically nothing.”

Bondi Hipsters Dom and Adrian, say: “Ultimately it makes no difference if you do or don’t watch series two of Soul Mates, because we’re currently on a rock called earth that is spinning in infinite space around a giant ball of energy called the sun. But we have a TV show that’s going to air on ABCTV and on NBCU’s SeeSo in the States, so eat a medium to large bag of dicks.”

Soul Mates will screen on ABC later in 2016. 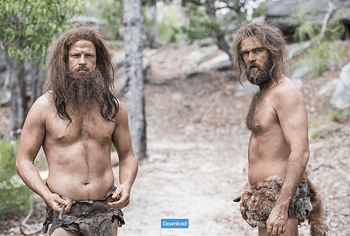 ABC welcomes Bondi Hipsters, Cavemen, Kiwi Assassins and Ancient Egyptians next month when Australian comedy series Soul Mates II premieres on Wednesday, 3 August at 9.30pm. A co-commission between ABC and NBC-Universal’s comedy streaming channel Seeso (USA), the second series will also be available on ABC iview in its entirety from this date.

Written and directed by brothers Christiaan and Connor Van Vuuren, Soul Mates II stars Christiaan and Nick Boshier as a couple of buddies continually drawn together across the course of human history, past and future. The second instalment introduces viewers to a new world of Ancient Egyptians, as well as new cast members, Doris Younane, John Howard and Ian Roberts.

Hatshepsut (Younane) is a female pharaoh and tiger mum who plays her children, artsy bastard son Seti (Boshier) and demi-god Thutmose (Roberts) against each other. When Hatshepsut demands Seti renovate Thutmose’s tomb in preparation for his ascension to the next life, Seti meets Amram (Christiaan Van Vuuren), a capable, quick-witted slave. As they become a team, is a friendship forming or is it something much more mystical that will affect their souls forever?

Series One’s Bondi Hipsters, Dom and Adrian, return with big plans to find underground success, opening the “Closed Cafe”, an establishment so “Bondi-cool” that it’s only open when it’s shut. The pair also set out to rid Bondi of buff Brazilians that they believe are cutting their grass with local women. Meanwhile, Kiwi Assassins, Terry Thinge and Roger Blade are operating undercover in a private school to discover why the New Zealand schoolboy rugby team has lost to the Aussies, again, finding themselves tangled in a scrum of lies, drugs and suspiciously Maori-looking “local” rugby lads. And the cavemen, Sticks and Rocky, have found their tribe but now must unravel the quagmire of complexities that come with living in a society, pondering questions such as who does which jobs, why do we need money and most importantly, who should get “elected” most popular?

Series One of Soul Mates will be available on ABC iview for two weeks from 20 July ahead of Soul Mates II airing on ABC and iview.

I find the Bondi Hipsters hilarious and they provide some great laugh out loud moments. The rest of the show I feel is not as strong. I wish they had just done an extended Bondi Hipsters series.