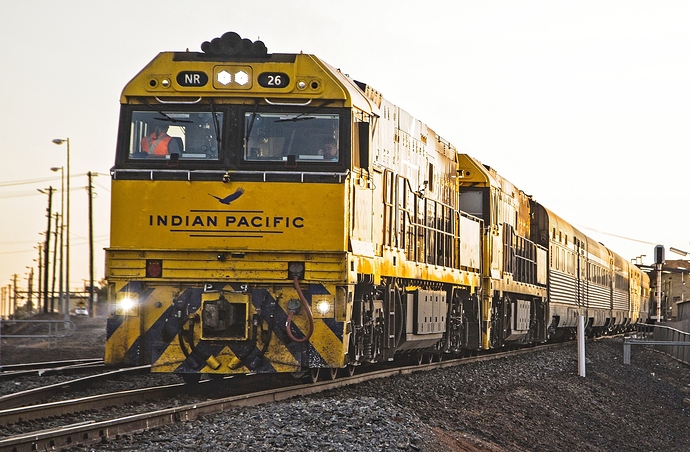 In 2019 SBS presents Slow Summer – featuring one nail-biting slow TV event each week in January, including two new Australian productions – an east/west train journey on The Indian Pacific and a boat ride through The Kimberley. 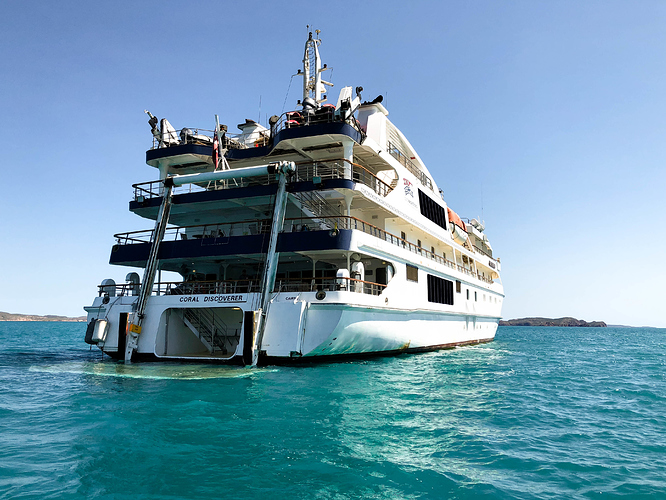 Is it possible that the Indian Pacific will be covered twice. I reckon Great Australian Railway Journeys could mention the train too.

Crossing Australia from Perth to Sydney, the pivotal part played by the transcontinental railway line in linking the far-flung west coast with the eastern states is explored, including how the rail impacted Indigenous Australians on the Nullabor Plain, the new colony of South Australia, and the Indigenous trade route of the Blue Mountains. Travelling by boat from Broome to Darwin this route in Australia’s Top End is a breathtaking coastline of open seas, bays, basins, islands and estuaries. This area is dubbed ‘Australia’s last great wilderness’ and surprising stories of multicultural history abound – from Aboriginal cave paintings to Japanese pearlers, a Filipino missionary to a proposed Jewish refuge from the Nazis, Vietnamese boat people, WWII bombings, shipwrecks and modern-day mining. All Aboard! The Canal Trip

A barge travels through one of Britain’s most historic waterways, the Kenet and Avon Canal, featuring the serenity, sights and sounds of wildlife along the way. A spectacular overland route from Auckland on New Zealand’s north island, down to the south by way of multiple forms of transport including railways, sailing and driving. The city gives way to rolling pastures, volcanic extremes, tranquil waterways, the rough Otago high country and grandeur of the Southern Alps and Milford Sound. This is the 2979 kilometre rail journey from Adelaide to Darwin that kicked off Australia’s slow TV craze. The Ghan tells the story of how the development of central Australia can be attributed to local Indigenous communities as well as early immigrants, including the Afghan cameleers The Ghan is named after. This Indian Pacific trip is SO relaxing, will have to turn back to the cricket soon in case I go to sleep! I just keep feeling that this would cost a fair bit of money to produce.

Seems that they have got more innovative this time compared to The Ghan, with different camera angles. I don’t think that they had the camera facing the driver and cameras on passengers talking with The Ghan. The drone footage (i’d assume) and the other long range shots look superb! The cinematography as a whole is superb in fact.

I agree, I have been watching ALL of the Indian Pacific Slow programme.

I too find it very relaxing and agree that it is really well done.

I’m pretty sure they had cameras on the drivers in the Ghan one, but I think the cameras in the passenger areas are new?

Remembering that tonight is the short version of the program with SBSViceland showing the full 18hr next Saturday - note 2 AM start time (contrary to SBS tweets that say 2 PM).

If the breakneck pace of tonight's #IndianPacific was too much for you, remember to catch the extended version on Saturday 12 January. 2AM - 8:30PM. #SlowSummer https://t.co/rP9xmTHQVl 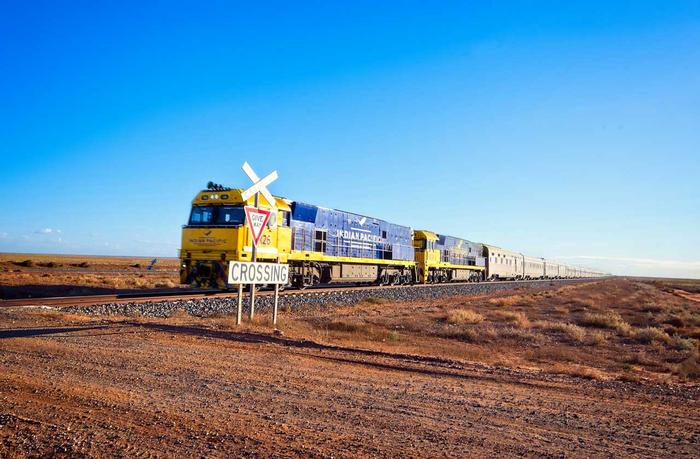 Slow Summer has been trending at No.1 and Indian Pacific at No.3 on Twitter across Australia when the program was on in the eastern states.
I just watched all three hours of Indian Pacific and it was very good. Amazing camera angles and some fascinating info. I wonder when filming took place, because seemingly the train did not encounter any rain along the way.

I wonder when filming took place, because seemingly the train did not encounter any rain along the way.

During the show, one train guy had his laptop out and it went to screensaver mode and I think I saw 6th April on it?

The Australian reported yesterday that SBS will show more Slow Summer specials next summer, but will also review the format and scheduling.