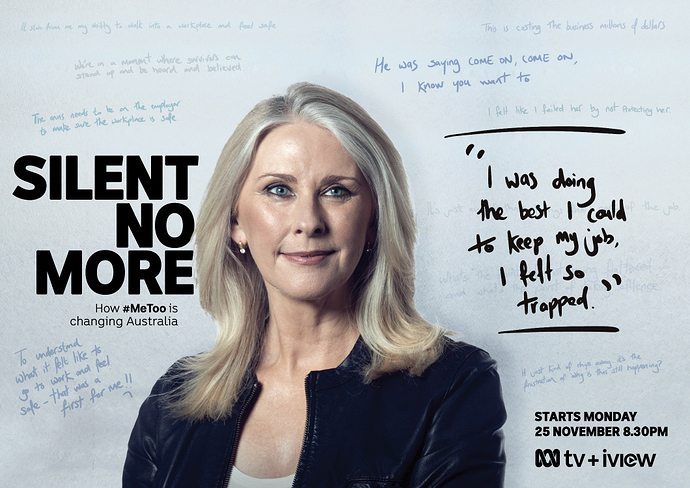 For decades there’s been a secret at the heart of Australian life, hidden within vast corporations and small businesses. But when journalist Tracey Spicer sent out a tweet in October 2017 asking if Australians had their own #MeToo stories, the secret was out. Tales of sexual harassment from people in workplaces across the country began flooding her inbox and social media. And as the number of messages grew from the hundreds into the thousands, Tracey suddenly found herself at the centre of one of the most explosive and transformative issues in modern Australia.

Now this three-part television special follows Tracey Spicer, as she takes on the biggest challenge of her career. We join the veteran journalist turned accidental advocate in a two-year quest as she meets Australians from all walks of life - including those from marginalised communities - who’ve been affected by workplace sexual harassment and helps them tell their stories.

With exclusive access to those directly affected, including their partners and families, this series goes behind the headlines to re- veal the true cost of sexual harassment on all of us. It uncovers why there is so much confusion and backlash, and pinpoints what can be done to make things better for everyone.

In Episode One, Tracey shines a light on the issue, its impact on people everywhere, and tackles the confusion about what is and isn’t sexual harassment. In Episode Two, we are with Tracey as the Australian government responds to #MeToo with a world-first National Inquiry, and as she supports those who are taking on the system. But as the momentum for change grows, so does the back- lash. In Episode Three, more than 18 months into the journey, Tracey digs deeper and explores how we can all move forward
by changing the culture. As she reveals how much things are shifting, at the grassroots and at the top, we discover how the next generation can help eliminate sexual harassment.

This engrossing and timely series takes us through the confusion and anger that #MeToo has stirred, and gives us the tools and insights we need to take part in a national conversation, in our homes, families, schools and workplaces.

As Tracey says, “Australia is at a crossroads”. This series is about how we can all move forward in the wake of #MeToo and drive positive change for everyone. 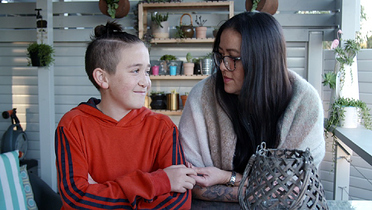 Accidental activist Tracey Spicer embarks on a quest to explore the true stories behind #MeToo and
tackle the confusion it’s stirred up. She dis-covers that despite being illegal for more than 30
years, sexual harassment is still rampant in workplaces across Australia – and what can, and
must, be done to address this.

She meets Gretta, one of the first women to begin working in mining, who says she endured ten years of sexual harassment and bullying, before having a nervous breakdown some eighteen months ago. Stories like Gretta’s reveal the true cost to women who’ve been pioneers of the rapid movement of women into our workforces and economy, but who have not been kept safe. As Tracey sees it, we are in the midst of a major societal transformation, and it is the role of journalism to shine a light on the impacts of this. As she says, it’s often the only way for companies to look more closely at them- selves and recognise their need to change. 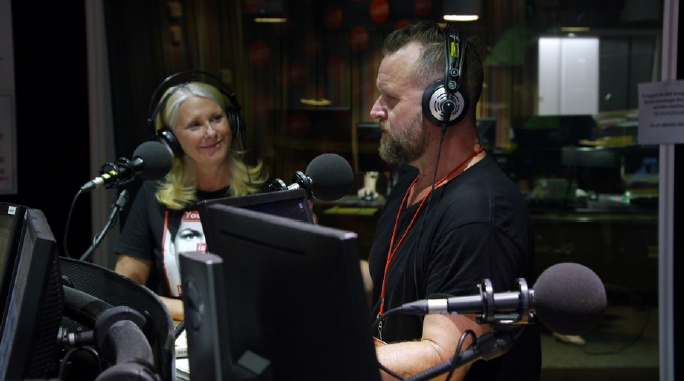 Tracey’s hopes that #MeToo will be a catalyst for change are given a huge boost when the Australian government and Human Rights Commission announce a world-first National Inquiry into Sexual Harassment in the Workplace. As Tracey encourages the many Australians who’ve contacted to her to make their submissions, she uncovers how the system is failing all of us, and the staggering reality of what this is costing us. She also tackles the growing backlash to MeToo and how we must em- power everyone to join the
conversation.

Foremost amongst these are Mandy and her husband Leigh, who reached out to encourage Tracey when #MeToo first broke in Aus- tralia. Mandy won a landmark sexual harassment case against her former boss three years before #MeToo. They are determined to do what they can to ensure others never go through what they did. Tracey joins Mandy and Leigh as they make their submission and discovers a legal system that leaves victims traumatised and, in Leigh’s case, with a nervous breakdown. As the episode continues, she also discovers that despite more than 30 cases of sexual harassment being proven against him, Mandy’s harasser still owns and operates his Post Office franchise. It’s clear the law here needs to change. 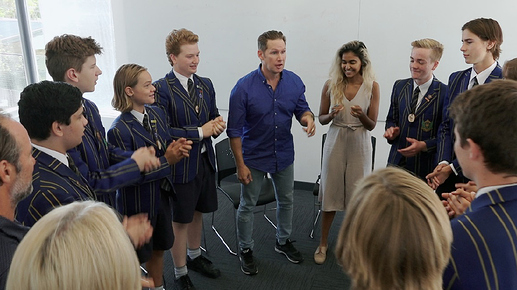 More than eighteen months after her journey began, Tracey uncovers how #MeToo is transforming Australia. She sees how the issue has found a voice not only in the city but the bush, and amongst some of our most vulnerable workers. And as she struggles with the profound personal impact this journey has had on her, she also discovers how #MeToo has empowered others to drive real and effective grassroots change. Tracey confronts the limits of #MeToo and how if we want to en-sure our future workplaces are safe, it must start with how we educate our children. 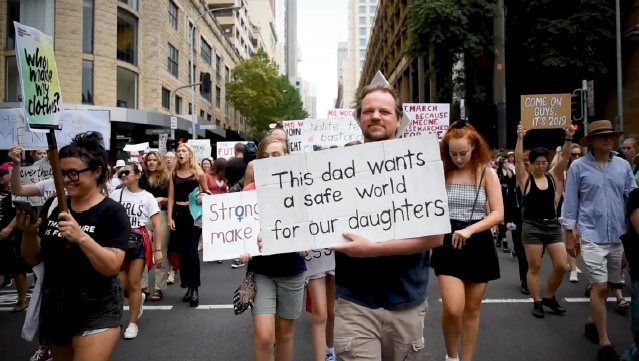 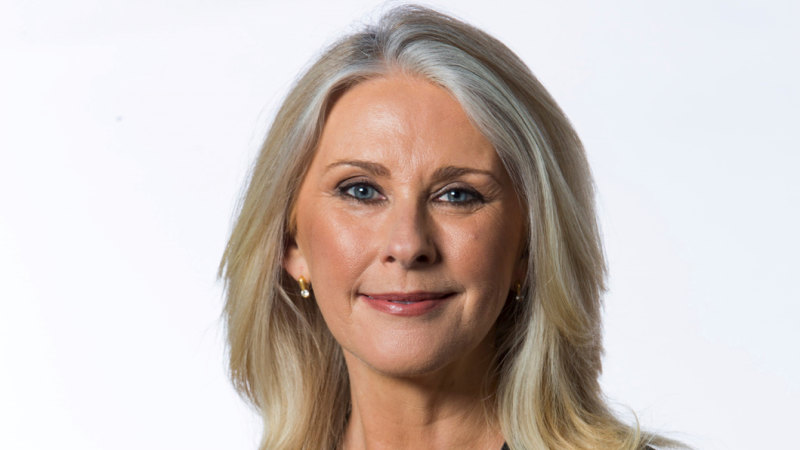 A pre-broadcast version of Tracey Spicer's documentary Silent No More inadvertently revealed details of rape and domestic violence survivors without their consent.

The apologies from ABC, the production company and Spicer herself came after a joint investigation by Buzzfeed News and news.com.au. 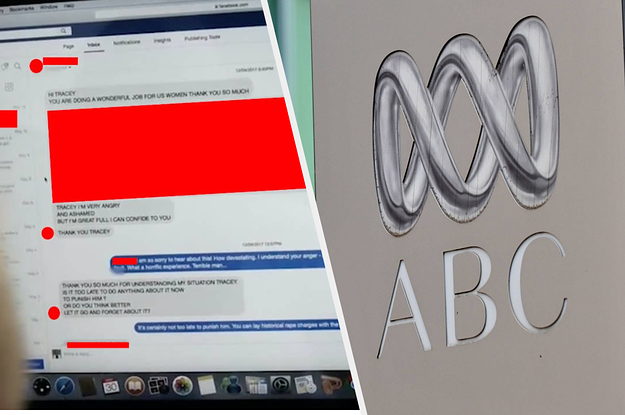 The Identities Of Rape And Assault Survivors Were Accidentally Revealed In A...

Exclusive: Two women whose names, images and harrowing #MeToo stories were shared in a new documentary say they had no idea and didn't consent to being identified.

Further to the statements below, published on 13 November, the ABC and producer Southern Pictures wish to reiterate that no names or details of anyone who has suffered sexual abuse or harassment will be broadcast in Silent No More without their explicit consent. We thank those who have agreed to share their powerful stories of resilience and strength. Silent No More is their story and the story of anyone who has faced sexual abuse or harassment, and explores how #MeToo can be the catalyst for positive change for everyone, regardless of gender.

Due to human error, an early version of Silent No More was provided to a small number of accredited media under embargo. This early version had not yet had names and details of three women blurred in shots of a computer screen. Significant steps were taken to de-identify names and details in the broadcast version and it has always been our intention that these names and details be blurred before broadcast. The ABC sincerely apologises for any harm or upset this has caused them or their families. We removed the program from our media portal as soon as we became aware of the error. The welfare of those who have suffered sexual abuse or harassment is of utmost importance to the ABC and we wish to assure them that Silent No More will treat these issues with respect and care while shining a light on the need for positive change in this area.

We are devastated by this error and apologise for any distress this has caused. An interim version of the program provided to the ABC blurred most but not all the names and details of people who shared their stories with Tracey. We wish to assure everyone that the final version of the program will not identify anyone without their explicit consent, which was always our intention. Our first priority is our duty of care to those impacted by sexual harassment and #MeToo, along with supporting the work that is being done to address the issue of sexual harassment.

As a participant in this documentary, I was assured survivors’ identities would be fully protected. I am utterly gutted about what has occurred. I apologise deeply and unreservedly to those whose names were visible in that initial version of the program. I’m relieved that the ABC has swiftly moved to take it down and that no one is identified in the broadcast version.