The literary adaptation of Elliot Perlman’s novel; a psychological mystery that follows seven characters and the risks they take for love.

Due for broadcast later this year on the ABC.

ABC TV is pleased to announce that filming is underway in Melbourne on the six-part drama series Seven Types of Ambiguity, based on the critically acclaimed novel by Elliot Perlman.

Starring some of Australia’s finest actors including; Hugo Weaving, Xavier Samuel, Alex Dimitriades, Leeanna Walsman, Anthony Hayes, Andrea Demetriades and Susie Porter, Seven Types of Ambiguity is a psychological mystery that explores the complicated emotional terrain of relationships and the risks people will go to in the name of love.

But this is far from an open and shut case when it’s revealed that Simon is Anna’s ex-boyfriend and his suspected accomplice Angela (Andrea Demetriades), has asalacious connection to Joe. Before long, Simon’s psychiatrist and ally Dr Alex Klima (Hugo Weaving), barrister Gina Serkin (Susie Porter), and even Joe’s best mate Mitch (Anthony Hayes) are pulled into the mystery of uncovering just why Simon really took Sam.

ABC TV Acting Head of Fiction, Alastair McKinnon says, “We are delighted to have so many of this country’s finest acting talents joining forces to bring Elliot Perlman’s dazzling novel to Australian audiences.”

Managing Director of Matchbox Pictures, Chris Oliver-Taylor says “Matchbox Pictures is thrilled to be working alongside the ABC in adapting Elliot Perlman’s rich and complex novel. Elliot’s intriguing characters make for a truly compelling drama. The calibre of the team behind the camera, led by the amazing Tony Ayres and Amanda Higgs is matched only by the writing team, led by Jacqueline Perske with Jonathan Gavin and Marieke Hardy and the directing team that features the sublime talent of Glendyn Ivin, Ana Kokkinos and Matthew Saville”.

Seven Types of Ambiguity will be filmed on location in and around Melbourne and will air later this year on ABC TV.

Seven-year-old Sam Marin is taken from his school. Much to the relief of his parents Anna and Joe, Sam is found unharmed hours later and the police arrest ex-school teacher, Simon Heywood. It’s not a matter of who took Sam, but a question of why.

Told from the shifting perspectives of seven characters, this psychological mystery explores the complex emotional terrain of past and present relationships and the risks people will go to in the name of love. Based on the critically acclaimed novel Seven Types of Ambiguity by award winning author Elliot Perlman. 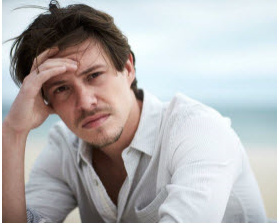 ABC is proud to announce their compelling new drama series Seven Types of Ambiguity will premiere on Thursday 13 April at 8:30pm on ABC and be available for audiences to binge watch exclusively on ABC iview.

The six-part series is based on the critically acclaimed novel by Elliot Perlman and features a who’s who of Australian stars including Hugo Weaving, Alex Dimitriades Xavier Samuel, Leeanna Walsman, Andrea Demetriades, Anthony Hayes, and
Susie Porter.

Made by Matchbox Pictures (Barracuda, The Slap) this psychological mystery is told from the shifting perspective of six characters following a complicated chain of events, triggered when a child is taken and relationships are thrown into crisis.

In the first episode Joe Marin (Alex Dimitriades) discovers his seven-year-old son Sam (Harrison Molloy) has been taken from his school grounds. After a gut-wrenching search, the boy is recovered by police, who reveal that the kidnapper is an ex-lover of Joe’s wife Anna (Leeanna Walsman), alongside a mysterious woman with a connection to Joe.

Seven Types of Ambiguity is an exploration of the complicated emotional terrain of relationships and the risks people will go to in the name of love.

Audiences keen to binge the entire series immediately after the airing of episode one can do so exclusively on ABC iview.