Some caps of Melbourne’s Afternoon News from today;

It’s been pretty pathetic by all networks except the ABC. But even the national broadcaster abandoned their plans for a three-part special looking back at the year that was.

Nothing on 7 in Melbourne tonight. The last two years have been huge in terms of news events but the year that was has been neglected.

Have the graphics in Seven’s latest ‘experience’ promo (floating around their social medias) been seen before?

I wouldn’t half mind a refresh based around this sort of style. Would love to see them go dark and moody in contrast to the bright white/red of Nine News. 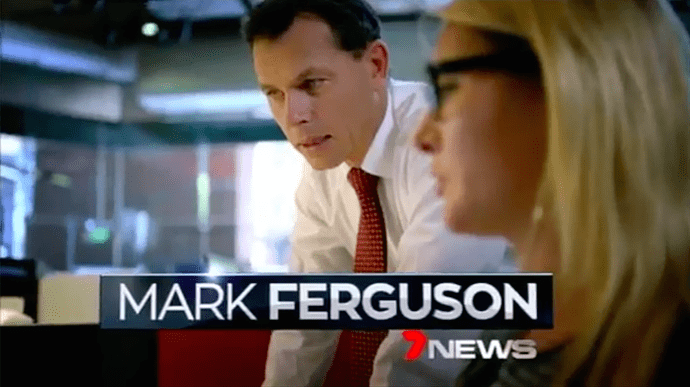 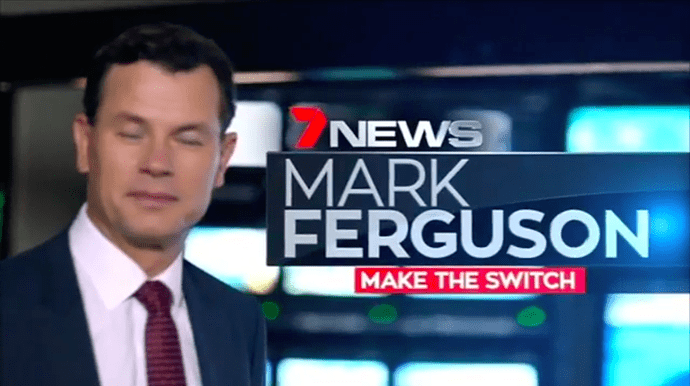 That’s a great promo from Seven (yes, I’m actually saying something nice about them for once!), but personally I think it would work even better if the network made a really important switch in Sydney for 2016 and I’m not just talking about On-Air Presentation…if you get my drift.

I think its fair to say that the recent Seven News promos have improved greatly since Craig McPherson took over.

The interesting thing here is that the new promo posted online hasn’t been shown on TV yet, still running the “What Is Experience?” one from what I saw earlier today. So perhaps that promo is something we’ll see launched on TV during the Australian Open, perhaps?

Also something else that’s come to mind: While the “Mark Ferguson started in Tamworth” angle might be something that would work well on Prime7 to promote the bulletin to a regional audience, I think it’s probably inappropriate to highlight that in a promo aimed at the Sydney market. Really, I can just imagine the response promo that Nine would make considering that (if I’m not mistaken) Peter Overton grew up in and has spent quite much of his media career in Sydney from the early days to now!

The interesting thing here is that the new promo posted online hasn’t been shown on TV yet, still running the “What Is Experience?” one from what I saw earlier today. So perhaps that promo is something we’ll see launched on TV during the Australian Open, perhaps?

I spoke too soon, the newer “Mark Ferguson” promo has been airing in Sydney tonight from what I’ve seen.

Anyone have a video of that ‘newish’ promo?

Also, Sydneycity, I meant to say ‘stale’ not ‘stole’ in my last post. You must have thought I said stole because you responded they have license.

Just found it on Youtube. Compliments to the uploader.

I don’t think 9 could have produced a better promo. The ‘older man’ voiceover at the end I thought was brilliant.

I don’t think 9 could have produced a better promo.

Nine out-Everywhered Seven’s “Everywhere” promos with “Always On” in late 2014 and they out-Trusted “Trust” with “Sydney is Watching” last year, so I definitely think the Nine News Sydney promotional department have the potential to steal Seven’s thunder again by taking their concept and making a better promo.

Personally, I think promotional phrases that Nine have used such as “the most experienced news team in the country” and “Sydney is Watching the #1 Newshour” are so much more commanding and powerful (and quite arguably, more truthful) than something like “What is Experience?” or the tired old “Make The Switch” line with promos that don’t really say to viewers why they should be watching Seven’s Sydney 6pm news over the equivalent on Nine.

But in any case, I think we’re going to be seeing big promotional pushes (and possibly even relaunches) from the news services of both Seven and Nine in the lead-up to the start of the 2016 ratings season. While Seven may have clawed back some pride in the final few months of 2015, we’re now in a new year and as we all know, absolutely anything can happen between now and the end of 2016!

I think that promo is pretty good. The endbord reminds me a lot of the NBC graphics. Hopefully it’s a sign! Fingers crossed !

Perhaps we’ll see a relaunch for the ‘Mark Ferguson returns’ promo, then on his first night back, a brand new refreshed Seven News.

I actually think that promo is quite awful.

The best thing about it is the theme music.

The Melbourne one will probably resonate with viewers much more due to the fact that Peter Mitchell has been presenting at 7 Melbourne throughout all of those years. Ferguson only popped up on 7 Sydney six to seven years ago. And I don’t recall him being around presenting when those big events captured in that promo happened. Where as I do remember Mitchell presenting the morning and evening of September 11 etc.

I just think the whole push towards Mark Ferguson is an utter waste of time. He is no good.

Not getting all the fawning over that promo- I mean it’s just beating a dead horse really.
All it says is ‘Mark Ferguson is our presenter and he has had a career leading up to this point. Also he was quite hansom when he was about 21’

Ferguson only popped up on 7 Sydney six to seven years ago.

I believe Mark Ferguson’s first bulletin presenting Seven News Sydney was on November 28 2009, the day after the late Ian “Roscoe” Ross signed off for the last time.

I just think the whole push towards Mark Ferguson is an utter waste of time. He is no good.

Personally, I think Mark Ferguson would actually be fine presenting a Morning or Afternoon News bulletin. Even a rolling news channel, he’d probably be good on. Presenting Sydney’s 6pm news against Peter Overton as competition on Nine? No, just no…

I definitely think Melissa Doyle is a more marketable newsreader than Mark Ferguson, that’s for sure.

Really? I still recall Mark Ferguson presenting 9News in the wake of the Black Saturday bushfires in February 2009 and I also thought he was on 9’s shortlived Afternoons program, which was also a 2009 incarnation? Happy to be corrected on that?