The graphics from 2001 to 2004, before Ian Ross joined the network, were (and are) some of the best Seven News graphics I have seen. Unfortunately, as Seven News Melbourne had just gone widescreen at the same time, the graphics and 7news watermark didn’t always align, so whenever a report from Melbourne aired on the Sydney bulletin viewers were seeing double.

Although Seven switched to a new logo at the turn of the millennium and dropped the “Nightly” from the title of their bulletin’s name around February 2000, most of the news graphics & the set remained largely unchanged until Early 2002 (that changeover might’ve been around February, Salt Lake City Winter Olympics time?).

For comparison purposes here’s some caps from 2000 - the September 14 & 15 bulletins to be exact, which of course was a very exciting time to be in Sydney for obvious reasons.

On the Closer Super with “Seen throughout Asia on Australia TV” - was Seven News Sydney really simulcast on that station?

Unfortunately I don’t have the special Olympics-themed Opener that was used during and in the lead-up to the Sydney 2000 Games, but perhaps someone else might.

I’ll have to do another check of the recordings when I can for any caps, but for around two years leading up to the Sydney 2000 Olympics, Seven News also ran special “Days To Go” animations featuring the games mascots Syd, Olly & Millie while returning from the ad breaks which lead into Sport.

The Seven Network operated ‘Australia Television International’ from 1998 to 2002 (the precursor to the Australia Network) after funding cuts and the ‘Mansfield Report’ recommended it be shifted over to a commercial entity. But the whole thing continued to lose money

Unfortunately I don’t have the special Olympics-themed Opener that was used during and in the lead-up to the Sydney 2000 Games, but perhaps someone else might 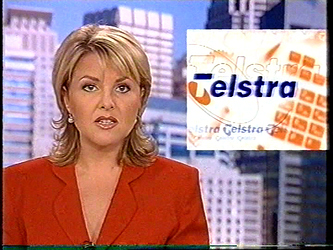 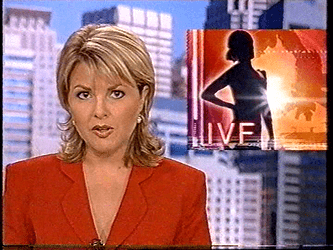 This very well might’ve been one of the last times Georgie Gardner presented a news bulletin on Seven? Because according to the info I can find online, she joined Nine in July 2002.

Probably right up there with Cameron Williams as presenters I’m sure Seven wish they still had these days!

With thanks to @Zampakid for the recording, some caps from the 18/5/2001 edition of Seven News Sydney via Prime Central West. 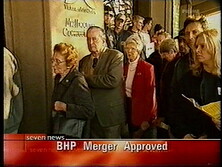 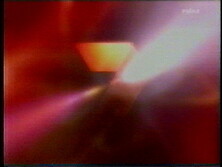 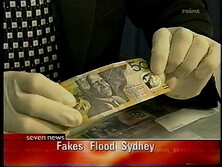 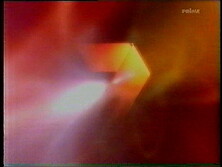 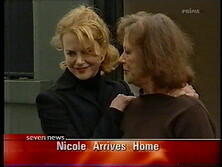 Supers, including a “Breaking News” one from the days that phrase was still generally reserved for important developments during a bulletin: 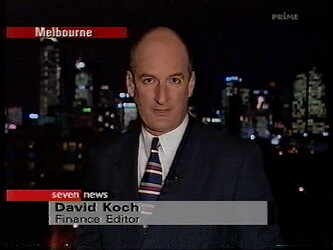 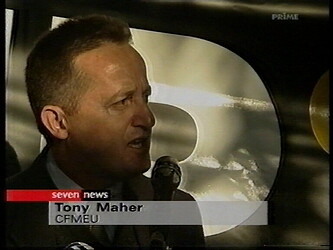 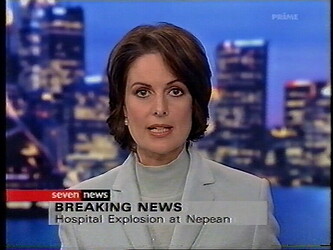 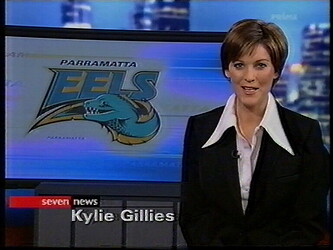 Finance, a bit different to how it was presented in 2000: 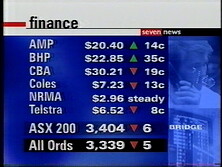 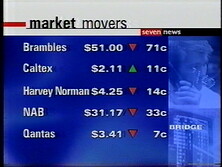 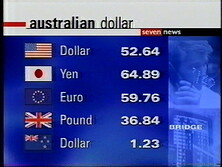 Reporter PTCs. Half of those seen here are still at Seven today: 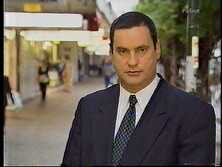 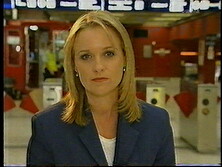 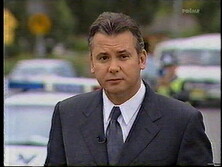 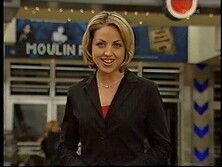 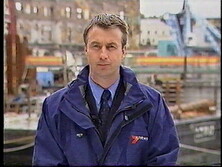 Unfortunately the recording ended before Adam Digby’s Weather Forecast + the Closer, but as far as I can tell it was cold and wet in Sydney on this particular Friday:

Overall a pretty big day in news for corporate Australia: BHP’s merger with British mining company Billiton (that element would disappear from their name 16 years later) and QANTAS getting ACCC approval to take over Impulse Airlines were among the top stories. However, a report on Nicole Kidman returning to Sydney for a “Moulin Rouge” publicity trip was the final report during the first block.