Because I can’t find somewhere to put it. Mods, if I’ve mucked up, do your thing.

Details of Seven’s presence at the Royal Easter Show, as per today’s liftout in the Sunday Tele. 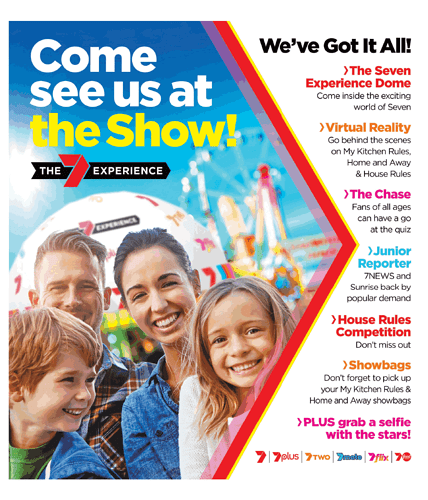 Mike Dalton’s reports for Nine > the novelty of seeing Prime7 & WIN at Homebush > whatever Seven’s doing.

I will visit the Royal Easter Show for the first time, on Easter Sunday. I should remember to visit the Seven stand.

Maybe there should be a dunking tank for him - raise money for some worthwhile charity. That or a punching booth.

the novelty of seeing Prime7 & WIN at Homebush

Now that would be a stand I’d like to see!

Probably because that’s when they can get people to come along I guess. I’ll be there early enough, my free ticket now includes a Saturday! (Thanks Sydney Thunder!

The afore-mentioned Seven Experience at the Royal Easter Show

One side is a mock up of the Chase Australia set where Andrew O’Keefe asks random questions and you try to answer them. You can get a photo of you at the buzzer afterwards. I did this one.

The other side are video areas for a mock Sunrise weather cross and 7 News Sydney set. I didn’t do this one.

Didn’t take photos of the MKR or H&A showbags, but they didn’t interest me. 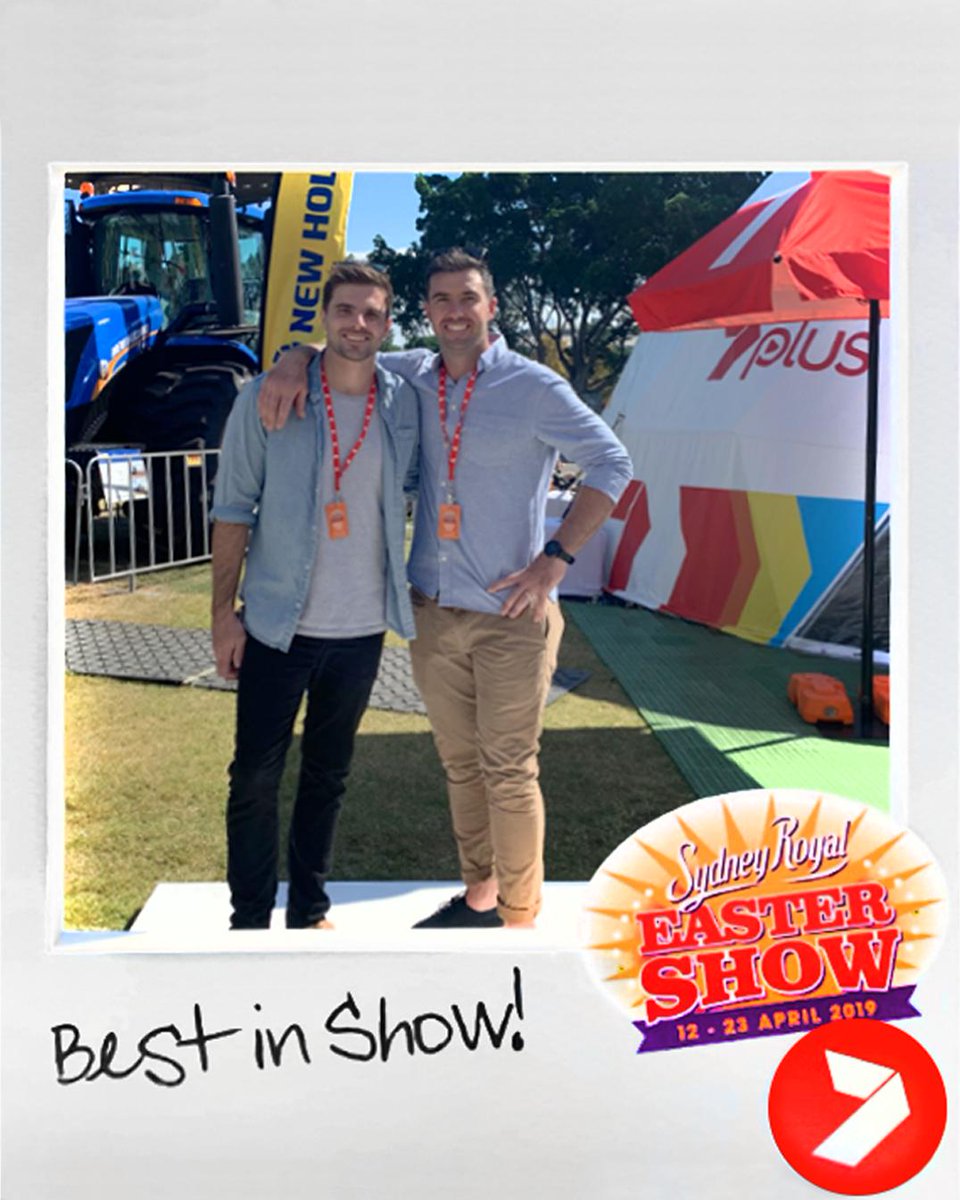 I didn’t get to visit the Seven Experience when I went the Royal Easter Show today, I arrived at 4.45pm and the tent closed at 5pm. I did take a photo of MKR and H&A showbag however. 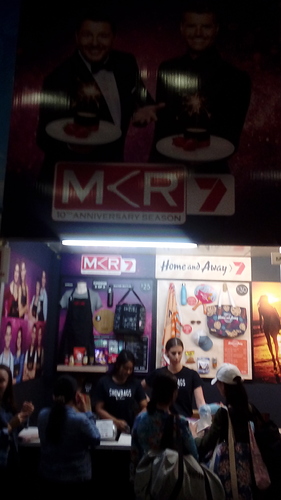 While I’m sure the average show-goer would get a decent enough kick out of presenting a mock segment from either of the cardboard Seven News Sydney, Sunrise Weather or The Chase Australia sets, I think media enthusiasts like us would be rather underwhelmed by it overall.

Seven had a far better set-up at the Royal Easter Show in 2010 when news bulletins were presented there. 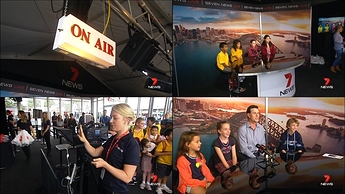 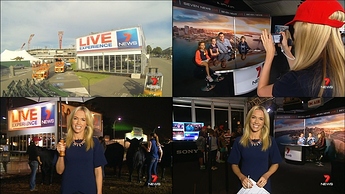 Seven is holding a AGT viewer competition as advertised in today’s Sunday Herald Sun. More details can be found here 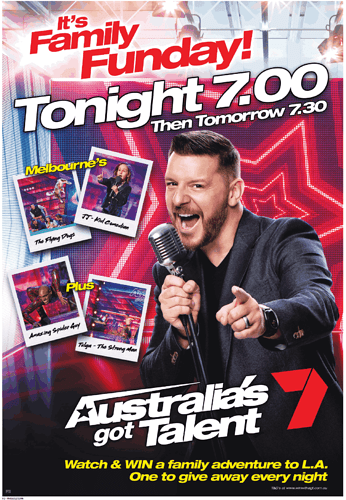 Next week (November 11-15) Seven is holding a viewer competition during The Chase Australia, in which viewers can win a New Age Wayfinder Camper (from New Age Caravans), and $10,000 BIG4 gift voucher, accommodation vouchers and BIG4 Holiday Park memberships. You have to watch the show for the daily codeword.

Seven News, The Courier-Mail and Herald Sun are holding a new viewer competition, with the prize being a $2000 backyard entertainment pack, including a 4K TV, Bluetooth speakers, a Weber BBQ and BBQ utensils. The competition starts tomorrow (September 13) and ends on September 17. 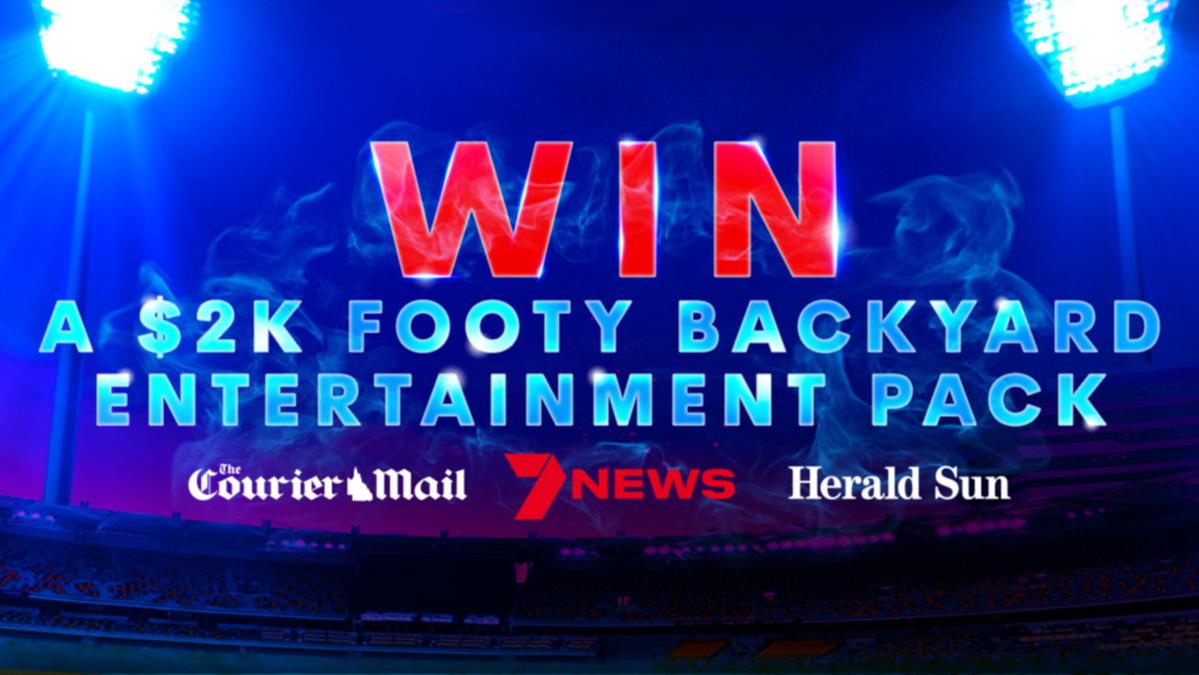 Imagine creating the perfect space for the AFL Grand Final. This is your chance to win the ultimate backyard entertainment pack.