Binging, streaming, surfing, or just settling down with a bucket of popcorn in front of a good old-fashioned cinema screen. These days we have more choice than ever when it comes to how - and where - we watch our favourite screen content.

All over the world people are constantly talking about what to watch, from hit television shows, to home grown documentary series to big cutthrough movies like the latest instalment from the Marvel or DC universe. And don’t forget the quirky low-budget obscurity served up to you by the recommendation algorithms that now run the world.

A side-effect of this content obsession is the tyranny of choice. Screen Time is a series that will cut a path through the jungle of content and help each of us answer the burning questions “What should I watch next?” “Where can I find that clip that’s gone viral?” and “Is that hit show really all it is cracked up to be?”

Hosted by Chris Taylor, with an ensemble cast of regular panellists, Screen Time goes beyond the binge to bring you the latest from the world of TV, streaming, cinema and the web. Each panellist brings a wealth of cultural knowledge and experience, but more than anything – and perhaps most importantly – they are enthusiastic and avid consumers of screen content themselves. From highbrow to lowbrow, prestige ‘golden age of television’ moments, to bedroom YouTube stars, it’s all worth talking about for our cast of screen timers.

Screen Time is not a show solely for film buffs or critics. It is for each and every one of us - everyday viewers who love to have their finger on the cultural pulse. Entertaining, but rooted in cultural critique and analysis, Screen Time will be the go to show for anyone who likes to watch, well……just about anything! 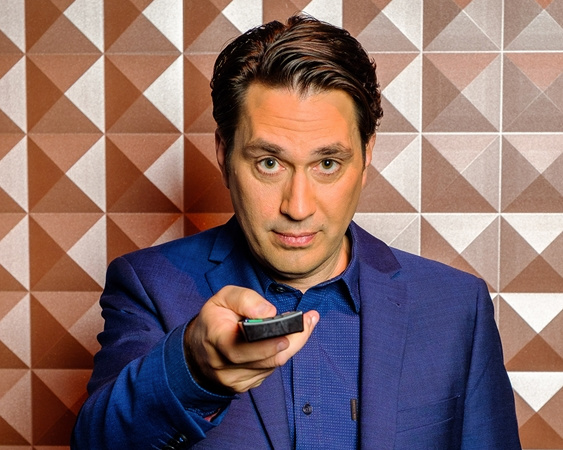 Chris Taylor is a writer, performer and broadcaster who’s best known as a member of The Chaser team, responsible for television shows such as CNNNN, The Chaser’s War on Everything and The Hamster Wheel, as well as numerous election specials. He worked as a television journalist for five years before joining The Chaser newspaper as its senior writer. He co-hosted the drive show Today Today at Triple J from 2004-2006, and won an ARIA for Best Comedy Release for his radio mockumentary series The Blow Parade. He has also written for numerous other TV comedy shows, including BackBerner, Review With Myles Barlow, Hungry Beast and The Elegant Gentleman’s Guide To Knife-Fighting; and regularly appeared as a guest on the programs Good News Week, The Glasshouse, The Panel, Newstopia and Randling. In 2007, he wrote the musical comedy Dead Caesar for the Sydney Theatre Company; he has performed numerous live shows at the Adelaide Fringe and the Melbourne International Comedy Festival, and more recently has appeared in the Ensemble Theatre productions of Jack of Hearts and Neville’s Island. He also starred in two seasons of the tv comedy series Plonk, and last year teamed up with HG Nelson to present the radio show and podcast We Was Robbed. He’s currently a senior contributor to The Chaser Quarterly, and is a co-host on the Triple M Sydney drive show Merrickville.

Sophie Black is currently Content Strategist at the Wheeler Centre. Previously she was Editor in Chief at Private Media, where she headed up the titles Crikey, Women’s Agenda, SmartCompany, StartUpSmart and Property Observer. In 2013 Sophie delivered the Adelaide Festival of Ideas as Director. She sits on the advisory board for Melbourne University’s Centre for Advancing Journalism and is a writer, journalist, and the former editor of Crikey.

Sami Shah is a multi-award-winning comedian and writer. Originally from Pakistan, where he hosted a hit news-satire show, he’s been profiled in the New York Times, ABC’s Australian Story, and appeared on QI with Stephen Fry and The Project. He’s used his acerbic wit to address world affairs and social issues, in comedy clubs and international platforms like TEDx and BBC Radio 4.

Michael Williams is the Director of the Wheeler Centre for Books, Writing and Ideas in Melbourne. He has worked at the Wheeler Centre since its inception in 2009, when he was hired as the Head of Programming before being appointed as Director in September 2011.

Benjamin Law is a TV screenwriter, newspaper columnist and the author of The Family Law (2010), Gaysia: Adventures in the Queer East (2012) and Quarterly Essay 67: Moral Panic 101. His books have been nominated for Australian Book Industry Awards, and The Family Law is now an AACTA-nominated SBS TV series. Benjamin was also an associate producer and researcher of the SBS feature documentary Deep Water: The Real Story.

Marc Fennell is a radio and tv presenter, interviewer, film critic and award-winning journalist, author and MC. He has appeared on ABC, BBC, Network Ten, Showtime, SBS, Foxtel, Monocle and Red Bull. He is the host of ABC Radio National’s popular media and technology program Download This Show, which was voted Best New Podcast of 2012 by iTunes and since picked up a swag of IT journalism awards.

Nakkiah Lui is a writer and actor and Gamillaroi/Torres Strait Islander woman. She is a co-writer and star of ABC’s Black Comedy and is a monthly columnist for the Australian Women’s Weekly Online. She has been an artist in residence at Griffin Theatre Company and was playwright in residence at Belvoir from 2012–2014.

Zan Rowe is the long-time host of triple j Mornings, and has worked in community and public broadcasting for the past twenty years. She regularly appears on ABC News Breakfast with “The Beat”, capturing the week’s music news, and is a contributor to The Mix on ABC TV.

Judith Lucy is a writer, comedian, performer and best-selling author of two books. She has also created two ABC TV series Judith Lucy’s Spiritual Journey and Judith Lucy Is All Woman, both of which were nominated for AACTA awards for Best Light Entertainment Series. In 2015, Judith won a Helpmann Award for Best Comedy Performer for her live show, Ask No Questions of the Moth and this year teamed up with Denise Scott for the stage show Disappointments, which won the Melbourne International Comedy Festival’s People’s Choice Award.

Susie Youssef is a comedian, actor, writer, improviser and a creative and financial enigma. She was part of the ensemble cast on ABC TV’s How Not To Behave and guest starred on The Chaser’s Media Circus, The Checkout and Channel 9’s Here Come The Habibs.

It’s too serious in most parts. I was expecting it to be funnier.

Why is there a black screen behind Chris Taylor for most of the show? Bland.

I didn’t mind it. Could do with some refinement and a bit more humour but the concept is good.

Top marks for “Sophie Monk does Pride and Prejudice” though. I could watch a whole series of that!

I had flashbacks to the old TVTV ABC show while watching this. There was some interesting discussion but I can’t see myself basing viewing choices on reviews in this show. It’s good to watch something like this, or Gogglebox, just to sample what else is out there and have an understanding of what a show is about when you hear other people chat about it.

It’s too serious in most parts. I was expecting it to be funnier.

Found it a bit flat but others in the household loved it. There were also tits which apparently some people are fans of.

Between my constant nagging and the rave reviews from the panellists, the show might’ve just convinced my dad (who loved the original Blade Runner) to check out the sequel.

TVTV was great, even when they tried to revamp it with Mark Mitchell and Tiffany Lamb and shifted production to Melbourne.

But I do think there’s so much content out there that maybe 1 x 30 minute show a week isn’t really going to cut it. Maybe do like Gruen does and run an extended length re-run on ABC2

There were also tits which apparently some people are fans of.

ABC have a different Code

But the commercial stations can show M-rated stuff from 7.30pm too now. It wasn’t very good, so no surprise.