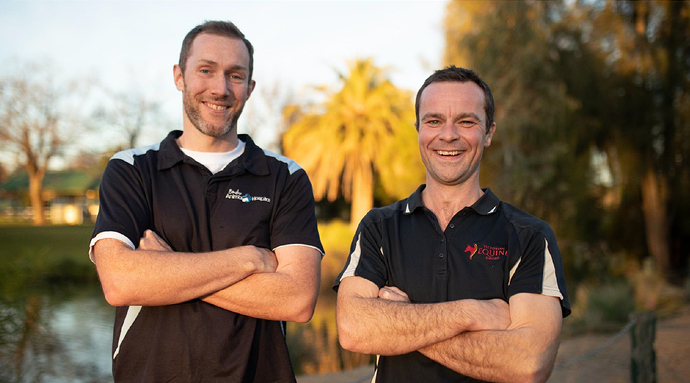 Meet Dr Chris and Dr Mike, two charismatic Scottish vets who have traded their Scottish homeland for the rugged bushlands of Australia.

It’s an adventure Downunder, to the regional town of Bendigo, where two best friends have both established their own vet practices. Dr Chris’ animal hospital cares for the smaller varieties, while his mate, Dr Mike Whiteford, is all about horses.

Dr Chris and Dr Mike’s is an enduring friendship that heralds back to their college days, it was Dr Mike who convinced Dr Chris to move to Australia, luring him to Bendigo with tales of a tropical paradise. While Dr Chris was surprised to find rural Bendigo more bush than beach, he soon fellin love with the location and hasn’t looked back. Even he himself now convinces other UK colleagues to relocate down under and work with him in Bendigo.

It’s a dive headfirst into Australian culture as these two Scottish vets experience the highs and lows of building a new life abroad. The passion of these two Scotsmen and their teams is inspiring, with both on call 24 hours a day 365 days a year, they will drop everything to help animals- even Christmas! And when an emergency happens, it’s all hands on deck, as the Vets team up to save the day, and save an animal’s life. Narrated by Justine Clarke. 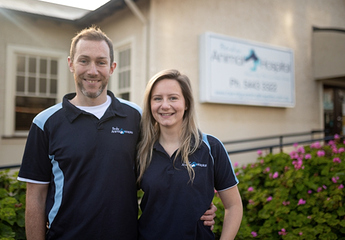 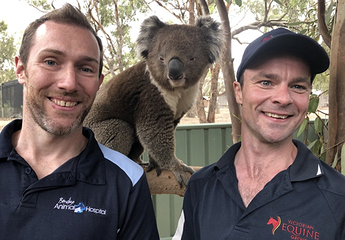 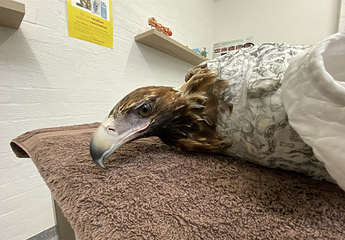 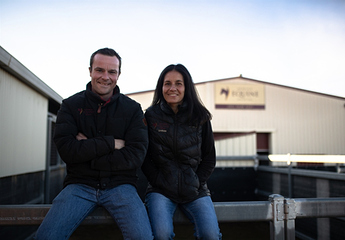 Scottish Vets Dr Chris Allison and Dr Mike Whiteford are best friends who’ve traded life in the heart of Scotland for the bush lands of Australia. They’ve established their own practices in the rural community of Bendigo. This week, Dr Chris treats a rescued eagle that is struggling to fly. Dr Mike operates on a foal with a serious facial fracture. Together, they get up close and personal with a Koala.

It’s springtime in Bendigo, which brings out some of Australia’s deadliest creatures. Snake catcher Chris Page has found an injured Red-bellied Black Snake - a venomous reptile unique to Downunder. Despite being dangerous, this one has come off second best to a grass trimmer and it’s brought to Dr Chris for treatment. Dr Mike helps a foal with anunderdeveloped leg. Together they take on a wild swarm of bees.

Dr Chris trials a novel way of commuting to work, making the most of Bendigo’s sunny weather. His first patient is waiting at the surgery. Thirteen-year-old Bella is an Aussie Kelpie, Rottweiler cross with a large lump in her abdomen. Dr Chris suspects it’s a benign tumour but wants to operate to be certain. Dr Mike treats an assistance pony with leg problems that threaten its ability to help others. The vets travel to the bushland surrounding Bendigo to try their luck at gold prospecting.

Dr Chris begins his day treating his favourite type of patients - reptiles. Rory has brought in his two pet Blue Tongue Lizards for a health check. Dr Mike is doing his daily stud visits when a brood mare is brought into the equine hospital with severe abdominal pain. She continues to turn in small circles and wants to lie down - classic signs of colic-the number one cause of death in horses.

It’s Saturday morning and only emergency cases are seen at the animal hospital. Molly, a working dog from a sheep farm, is the first patient for Dr Chris. Owner Frank affectionately calls her the Wonder dog, but a mishap jumping a fence has stopped her in her tracks. At the equine hospital, Dr Mike and his partner Dr Sarah are concerned about a four-day-old colt with a hernia. Later, the vets pay a visit to baby wombat Ava and her friends at the wildlife sanctuary.

It’s foal season but not all births are going to plan. Dr Mike and his team at the equine hospital are trying to assist a newborn colt that’s been rushed in for emergency evaluation. Dr Chris and his team are dealing with a different spring-time challenge - grass seeds. These seemingly innocuous part of nature can cause havoc in pets, embedding into their skin and resulting in dangerous infections.

It’s the middle of one of Australia’s worst bushfire seasons on record. Along the east coast, fire has devastated the dry, drought-stricken landscape, destroying homes and claiming lives. Rural Bendigo is in the thick of it- it’s now on Code Red - the highest bushfire alert level. Outside the animal hospital, the temperature is already approaching 40 degrees by mid-morning - Dr Chris is expecting an influx of wildlife impacted by the fires.

The team at the Bendigo Equine Hospital are working around the clock to care for an influx of newborn foals in the region. Every week, Dr Mike covers a distance three times the size of Scotland on his rounds of stud farms. He performs up to 50 ultrasounds a day to monitor the progress of pregnancies in brood mares - this morning’s patient has recently been paired with a prized stallion and the scan delivers good news. A fertilised egg is embedded in the uterine wall.

One of the Bendigo Animal Hospital’s more unusual patients has presented with a challenging problem for Dr Chris. Nala is a heavily pregnant carpet python that is struggling to lay her eggs - a condition known as dystocia. Over at the equine hospital, a trainer has turned up with a racehorse that started to limp after trackwork. Initially, it appears to be walking ok, but Dr Mike wants to re­ examine the problem limb after it’s placed under stress.

It’s still early morning, but the first patient has already turned up for Dr Mike at the Bendigo Equine Hospital. Lloyd the horse has pierced his knee while leaning over a fence to reach some hay. Owner Donna is concerned about fluid oozing from the wound overnight. As a community service, Dr Chris is heading to the Bendigo Animal Relief Centre to help manager Erin perform health checks on the latest arrivals of lost and unwanted pets.

It’s a beautiful spring morning in Bendigo, but it’s afar from an idyllic start to the day at the equine hospital. Dr Mike and Dr Sarah are treating a newborn foal that is struggling to survive. At the animal hospital, Mr 0, a Staffordshire Bull Terrier is being prepped for surgery that might just save his life. Dr Chris has discovered a lump in the dog’s abdomen and an ultrasound shows a suspected tumour attached to the spleen. It’s a ticking timebomb,

In this final episode of the series, Dr Chris has freed up his morning schedule at the Bendigo Animal Hospital to take on a challenging case. Ginger Ninja is a cat with an eye problem. At the equine hospital, Dr Mike is joined by his farrier, Nathan, to tend to a horse with foot issues. Later, the vets join farrier Nathan on a desert camping trip to a world heritage site 400 kilometres north of Bendigo. The temperature peaks at 51 degrees as they attempt to catch freshwater crayfish for a campfire dinner. It’s the ultimate adventure for these two Scottish vets in their new home Downunder.

ABC - taking the place of The Heights.

So it’s a BBC show which has an Aussie narration for local audiences.