Discussion of SBS TV programming for 2020.

For the first time in a decade, SBS may not have any soccer in its sporting calendar if it doesn’t get the rights to Euro 2020 and/or Copa America (in which the Socceroos are participating for the very first time). Apart from Tour de France and US Open tennis, SBS doesn’t have a major international sporting event to attract viewers.
I think SBS’s biggest problem is on Monday nights when its line-up rates very poorly. It can’t always rely on 24 Hours in Emergency to boost ratings.

Time to go back to adult skewing comedy, grab some titles from Viceland

Birdsville
A one-hour documentary from Mint Pictures that tells the story of the remote Queensland town of Birdsville. Home to around 100 people, twice a year the population swells to 10,000 partygoers for the Big Red Bash music festival and the Birdsville Races. This project will capture the chaos of these events and follow the locals over one year as they go through a period of change, with a number of local businesses going up for sale and putting the town’s future in question. Birdsville has been commissioned by SBS as part of Untold Australia. It is written, directed and produced by Dan Goldberg and executive produced by Adam Kay who previously collaborated on The Secret Life of Death. This project is financed with support from SBS.

Bowled Over
A one-hour documentary for SBS’s Untold Australia, which centres on Taboo, a group of drag performers who have found an unlikely following in their town of Ipswich, Queensland. They may have kept a local lawn bowls club financially afloat for the past nine years with their packed-out live shows, but with the impending retirement of Taboo’s ‘biggest wig’ at the show’s 10th anniversary, the club’s future is again being plunged into uncertainty. The race is on to find a successor. Bowled Over is written, directed and executive produced by Mandy Lake (Snake Boss) of Queensland’s Flickchicks which received funding through Screen Australia’s Gender Matters Brilliant Careers initiative. It is produced by Meredith Garlick (Finke: There & Back). This project is developed and produced with investment from Screen Queensland and financed with support from SBS.

Stutter School
A one-hour documentary from Kalmedia and Southern Pictures for SBS’s Untold Australia that provides unprecedented access to a ground-breaking speech program. Viewers will follow four brave Australian stutterers and their families as they undertake a once-in-a-lifetime journey to confront their fears, find their voice and transform their lives. The creative team features director Liz Allen (Love Me As I Am), producer Heather Nash (The Mosque Next Door) and executive producer Laurie Critchley (Love Me As I Am). This project is financed with support from SBS.

SBS will have its 2020 upfront with a lunch in Sydney on Tuesday, November 19, according to TV Tonight.

Hope Struggle Street comes back in 2020 or probably not as there is a 2 year gap between seasons. Hope it is renewed at least.

This season hasn’t been as successful as previous ones. If it does come back, they should go back to the cities.

You mean the ratings are lower?

Yes, much lower than the first.

SBS has acquired a Canadian documentary on Margaret Atwood, the author of The Handmaid’s Tale.

Broadcasters around the world have picked a documentary feature about the life and works Margaret Atwood, author of The Handmaid’s Tale, from Kew Media Distribution.

SBS has picked up Phoenix TV’s Underground Worlds (10×60’) for its Viceland channel, while both Foxtel and SBS acquired seasons two and three of Abandoned Engineering from Like A Shot Entertainment, plus Woodcut Media’s World’s Greatest Palaces (10×60’). 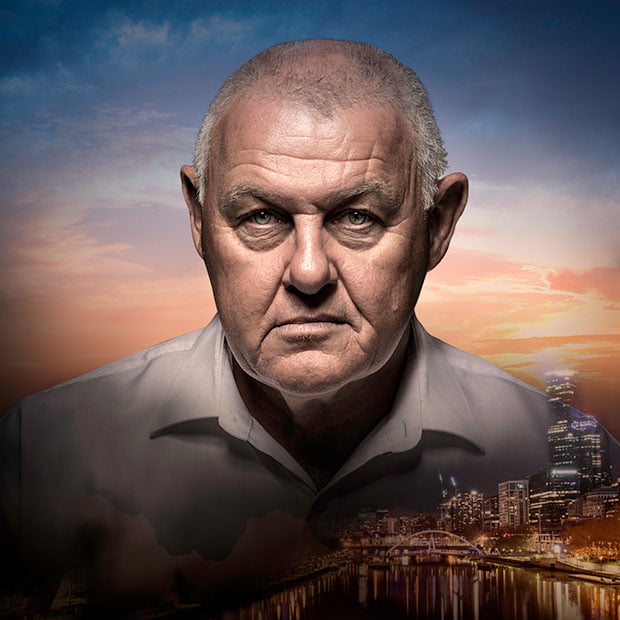 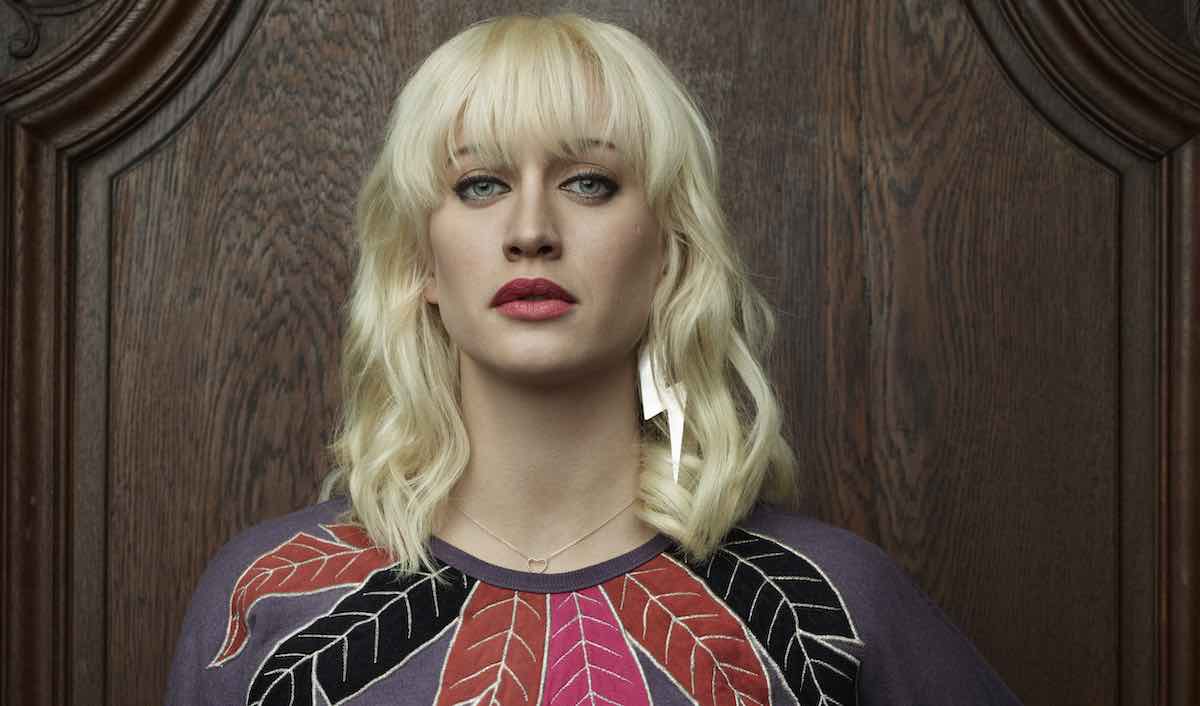 News round-up: Prosieben, SBS get ‘Blinded’ by All3; FilmRise renews...

ProSieben, SBS first to get Blinded from All3 Germany's ProSiebenSat.1 and SBS in Australia are among broadcasters to have picked up Swedish-language thriller Blinded, marking the first sales for the show by All3Media International.

Call for Entries: Pitch to Pilot

Film Victoria and SBS team up for a drama initiative aimed at Victorian writers and producers.

From the TV Tonight article:

UK pop singer has been announced as the headline act for 2020.

It seems SBS announced no one.

From the TV Tonight article:

UK pop singer Dua Lipa has been announced as the headline act for 2020. Immigration, identity, homelessness, addiction and domestic violence on the...

In 2020 SBS will fill its slate with original, impactful and inclusive content that it can do, promised the broadcaster at its upfronts event in Sydney. New seasons of returning favourites were announced, including Who Do You Think You Are? and...

SBS documentary See What You Made Me Do has received production funding from Screen Australia. Synopsis:

A three-part series from Northern Pictures for SBS which follows investigative journalist Jess Hill as she delves into what makes domestic abuse so difficult to identify, often impossible to escape, and slippery to fix. This series puts faces to the names associated with domestic homicide – the men who choose to be violent, the women who have died, families who are fighting to protect themselves, and the people at the coal face determined to rewrite this story. It will also show the ways this national emergency can be overhauled, saving lives and futures now, not just for generations to come. The series is directed by Tosca Looby (Magical Land of Oz) and executive produced by Karina Holden (Love on the Spectrum). This project is financed with support from SBS and Screen NSW. 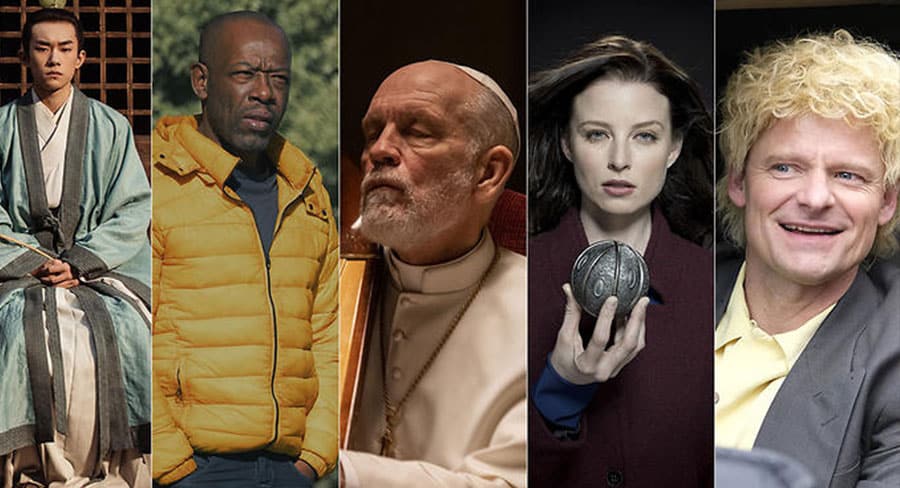 • Among the new content were shows coming to its suite of linear TV channels plus new content to SBS On Demand.

I had no idea that SBS programs recorded post-COVID now had a “This program was recorded before the Coronavirus.” message before showing. (I’ll try and post something in the ‘Watermarks’ Post.)

SBS had aired a couple of episodes of Insight that were recorded before COVID-19.