SBS and Screen Australia are thrilled to announce the commission of a new four-part Australian drama series for 2022 – Safe Home. 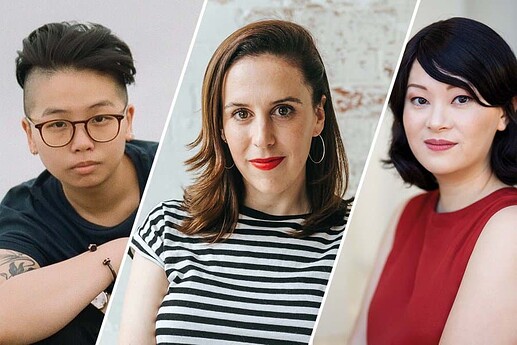 Continuing SBS’s streak of critically acclaimed original dramas, Safe Home tells the story of Phoebe, a young woman working at a not-for-profit legal centre helping women escape domestic abuse, whose life gets turned upside down when she witnesses a murder on a suburban street.

From Imogen Banks, the award-winning producer of Offspring, Puberty Blues and RFDS, created by Anna Barnes, and written by Anna alongside Michelle Law and Jean Tong and co-producer Emelyne Palmer, this cleverly woven thriller takes viewers on a journey of twists and turns that will keep you spinning until the end. Family violence impacts across race, age and class, and this gripping series explores the stories we tell ourselves about this issue and how they influence our ability to see it in the cold light of day.

This is the first show from Imogen Banks new production company, Kindling Pictures.

SBS Head of Scripted Julie Eckersley said: “SBS thrives on telling bold stories that emotionally connect with audiences. Safe Home delivers on that vision in an incredibly exciting way. It is a compelling and suspenseful drama series that will engage your heart as well as your mind and make you question everything you think you know about family violence.”

Screen Australia’s Chief Executive Officer, Graeme Mason, said: “Anna Barnes is swiftly proving to be one of the country’s most talented stage and screen creatives and has crafted a compelling drama that will shine a light on the incredibly timely and important complexities of family violence.

Production on Safe Home will commence in 2022 and will be filmed in Victoria. Cast announcements will follow in the coming months. 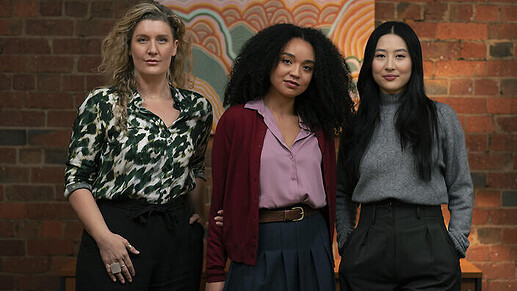 Currently in production in Melbourne, SBS is excited to announce the cast of its upcoming TV series, thriller, ‘Safe Home’.

Safe Home follows Phoebe, a twenty-something professional, who leaves her job at a prominent law firm to work at a struggling family violence legal centre. As interconnecting stories unfold, relationships are tested and the pressure mounts to save the centre. With so much at stake, Phoebe must navigate a path that isn’t always clear, and people aren’t always as they appear.

“Working in the sector, I became aware of the important role the media played in telling stories about family violence,” shares Anna. “The often sensational news stories significantly influence a lot of the general public’s understanding of this complex issue. In creating Safe Home, we have worked with professionals in the field – so while fictional, it’s rooted in authenticity and the real-life processes of the legal services.”

“Incredibly excited” about the series is Julie Eckersley, who commissioned Safe Home for SBS. “This a compelling and suspenseful drama series; think Unbelievable meets SBS’s hit series The Hunting. It will engage your heart as well as your mind and make you question everything you think you know about family violence.”

Producer Imogen Banks is thrilled about the cast, and with the support of SBS, has been able to realise her goal of finding “more opportunity for emerging creatives… we have been able to build a hugely exciting team of emerging uber talents, starting with Anna Barnes, who has created a beautifully written smart and complex drama, through to our extraordinary director, the undeniably talented Stevie Cruz-Martin. I could not have asked for a better launch project.”

“It will engage your heart as well as your mind and make you question everything you think you know about family violence.” Julie Eckersley, SBS Head of Scripted.

Screen Australia’s Head of Content, Grainne Brunsdon, believes “this captivating series about the hugely relevant and urgent topic of family violence is set to be one of the most compelling dramas of 2023.”

Echoing Grainne’s words, VicScreen CEO, Caroline Pitcher, said “We’re delighted to support this Victorian led story which is being created and made in Melbourne. Attracting the high calibre, award-winning cast of Safe Home is testament to the creative team’s extraordinary talent. This highly anticipated drama is set to strike an emotional and intellectual chord with audiences, highlighting the depth of local talent and powerful storytelling. We look forward to this compelling miniseries reaching our screens.”

We can’t wait to see it, either.

Safe Home is a Kindling Pictures production for SBS with major production investment from Screen Australia in association with SBS and financed with support from VicScreen.