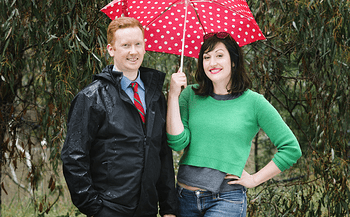 ABC TV is pleased to announce that production on the new eight-part comedy series Rosehaven is underway in Tasmania. Created by and starring two of Australia’s most popular comedians Tasmanian born Luke McGregor (Luke Warm Sex, Utopia) and Celia Pacquola (Utopia,The Beautiful Lie), Rosehaven will be filmed entirely on location, with a majority Tasmanian cast and crew helping bring Rosehaven to life.

Luke says “It still hasn’t sunk in that we’re making a TV show, Celia and I have to remind each other regularly that this is actually happening. Every time I walk into the production office I expect it to be closed with a sign out the front that says 'we were just kidding’.”

Celia adds “I am so thrilled and thankful that I get to make a TV show with one of my best friends, Luke McGregor. I mean, Luke and I really should have written more scenes with us holding puppies in Hawaii or making out with movie stars but I guess we’ll try for season two.”

When Daniel McCallum (Luke McGregor), returns to his rural Tasmanian hometown, Rosehaven, to take over his family’s troubled real estate business, he’s surprisingly joined by his best (city) friend Emma (Celia Pacquola), on the run from a marriage that didn’t last the honeymoon. Between Daniel’s crippling anxiety and Emma’s exuberant irresponsibility, will they be able to save the business? It seems unlikely, but it will be fun to watch them try. And might their friendship mean more than they realise?

Filming starts May 9th, with the stunning town of Geeveston in the Huon Valley and the historic town of New Norfolk in the Derwent Valley, providing the key locations for the series. Rosehaven will air on ABC TV later in the year.

Rural Tasmania provides the spectacular backdrop for Rosehaven, a new comedy series created by, and starring, two of Australia’s most loved comic talents: Luke McGregor (Luke Warm Sex, Utopia) and Celia Pacquola (Utopia, The Beautiful Lie). Daniel McCallum (Luke) returns to his rural Tasmanian hometown, Rosehaven, to help his formidable mother in her real estate business. He gets a surprise when his best (city) friend Emma (Celia) turns up on the doorstep, on the run from a marriage that didn’t last the honeymoon.

Love Celia so it will be worth checking it out.Thank god for the ABC giving us plenty of Australian content.

I noticed the letterbox presentation of this show. So is the start of television programs being filmed in extra wide screen now?

###Rosehaven set to return to ABC this year 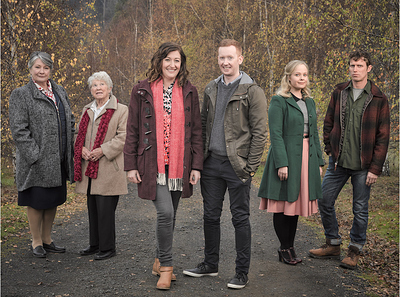 Celia Pacquola and Luke McGregor head back to Tasmania this June for a second series of the acclaimed comedy Rosehaven.

The eight episode season, created by, written by, and starring Pacquola and McGregor, will premiere later this year both in the U.S. on SundanceTV and in Australia on ABC. The series will also be streamed on SundanceNow in the U.S. and Canada and ABC iview in Australia after its linear run.

When Rosehaven premiered on ABC in 2016, not only did it captivate audiences and critics alike with its fresh take on the small town comedy, but it fast became ABC’s top rated comedy series for the year.

“'When making our show in a small town in Tasmania, it’s hard to imagine, next stop Hollywood! But here we are. We are so excited about Rosehaven making it all the way to the U.S.,” said co-creator and co-star Celia Pacquola.

“The first season is quirky, charming, relatable, sweet, and hilarious – all the ingredients of great comedy,” said Jan Diedrichsen, General Manager SundanceTV and SundanceNow. “We’re thrilled to partner with the ABC to bring this amazing show not only back for a second season but also to U.S. audiences.”

“Rosehaven is a show very close to my heart - among my favourite comedies we’ve ever done at ABC. To bring it back for more and to an even bigger audience thanks to our U.S. partners at SundanceTV is a wonderful honour", said Rick Kalowski, Head of Comedy, ABC.

“The best thing about filming in Tasmania (apart from how nice it looks) is that I get to walk past my old high school where I got bullied, and yell at it every night: ‘I HAVE A TV SHOW NOW!!’ A lot of people have told me it’s not healthy but it’s a really long walk to get there so I disagree.” said co-creator and co-star Luke McGregor.

Rosehaven is a crisply written comedy set at the bottom of the world on the picturesque island of Tasmania, hovering in the Southern Ocean below Australia’s mainland. In season two Daniel (McGregor) has to prove that he has what it takes to earn his place in the family business and Emma (Pacquola) needs to decide whether small town life, and its dangerously disinhibited locksmith (Damien, played by David Quirk) are enough for her.

Rosehaven generates jobs for Tasmania’s film industry and contributes $22 million worth of investment over past 2 years.

Can't hack it on the mainland is the running gag in the comedy series Rosehaven, but Tasmania's maturing film industry is giving local professionals the option to stay at home. 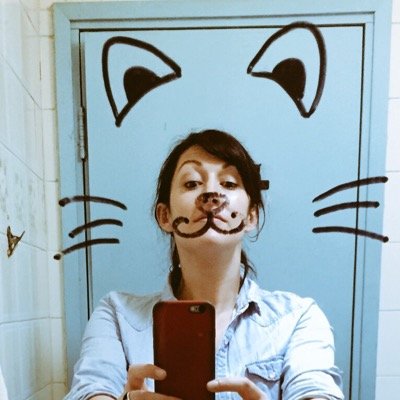 That's a wrap on filming season 2 of Rosehaven! Tired & frozen but happy & still friends with @LukeWMcGregor. (Artwork by @samcotton87) https://t.co/a7pZDI7Mp6 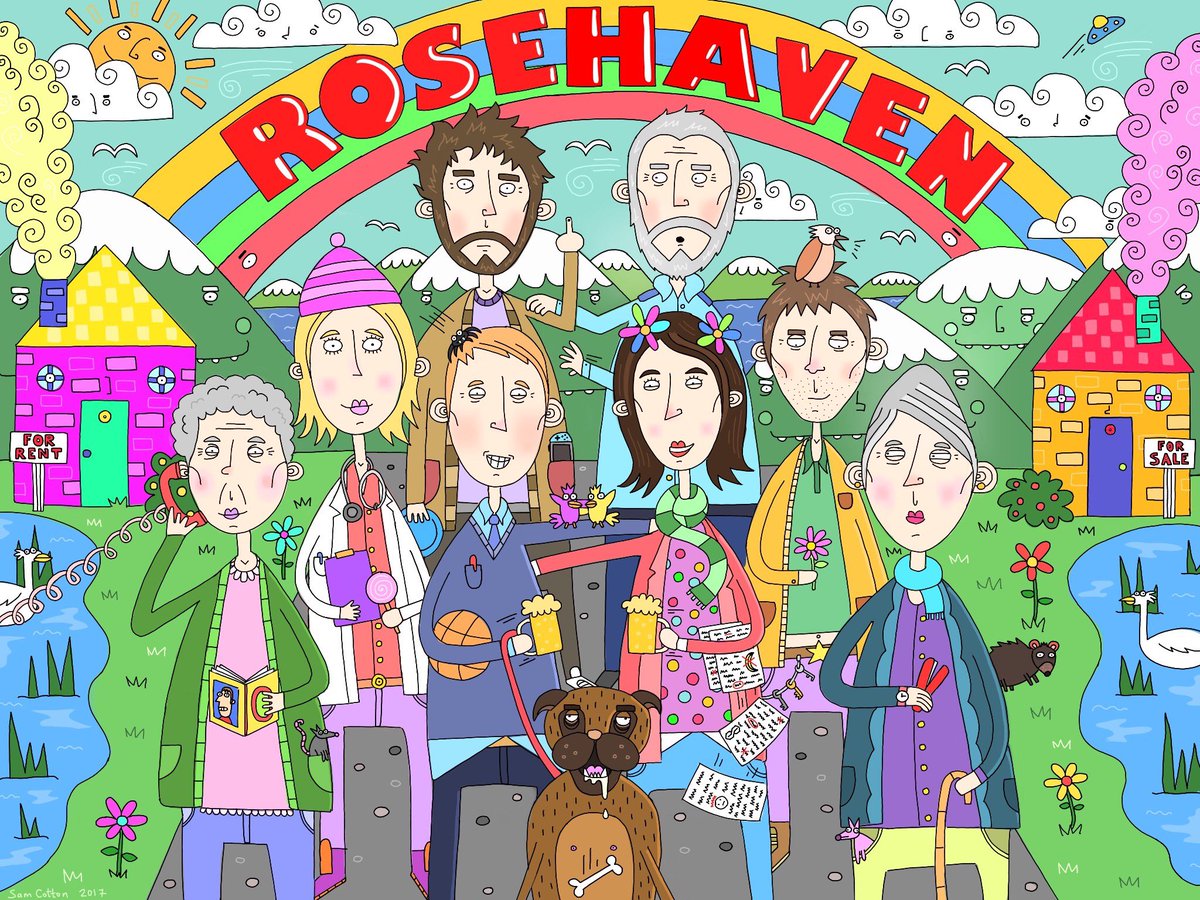 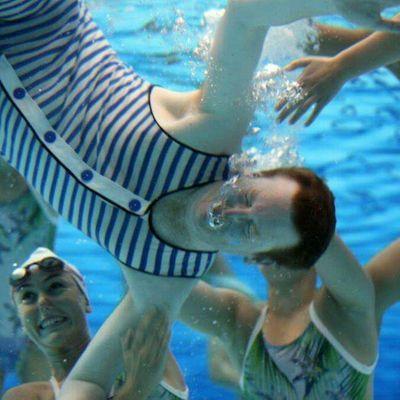 That's a wrap on #Rosehaven S2!! I can't think of funny way to end this post!! Now I'm overthinking it!! That's a wrap!! @CeliaPacquola https://t.co/aFYZalUXCG 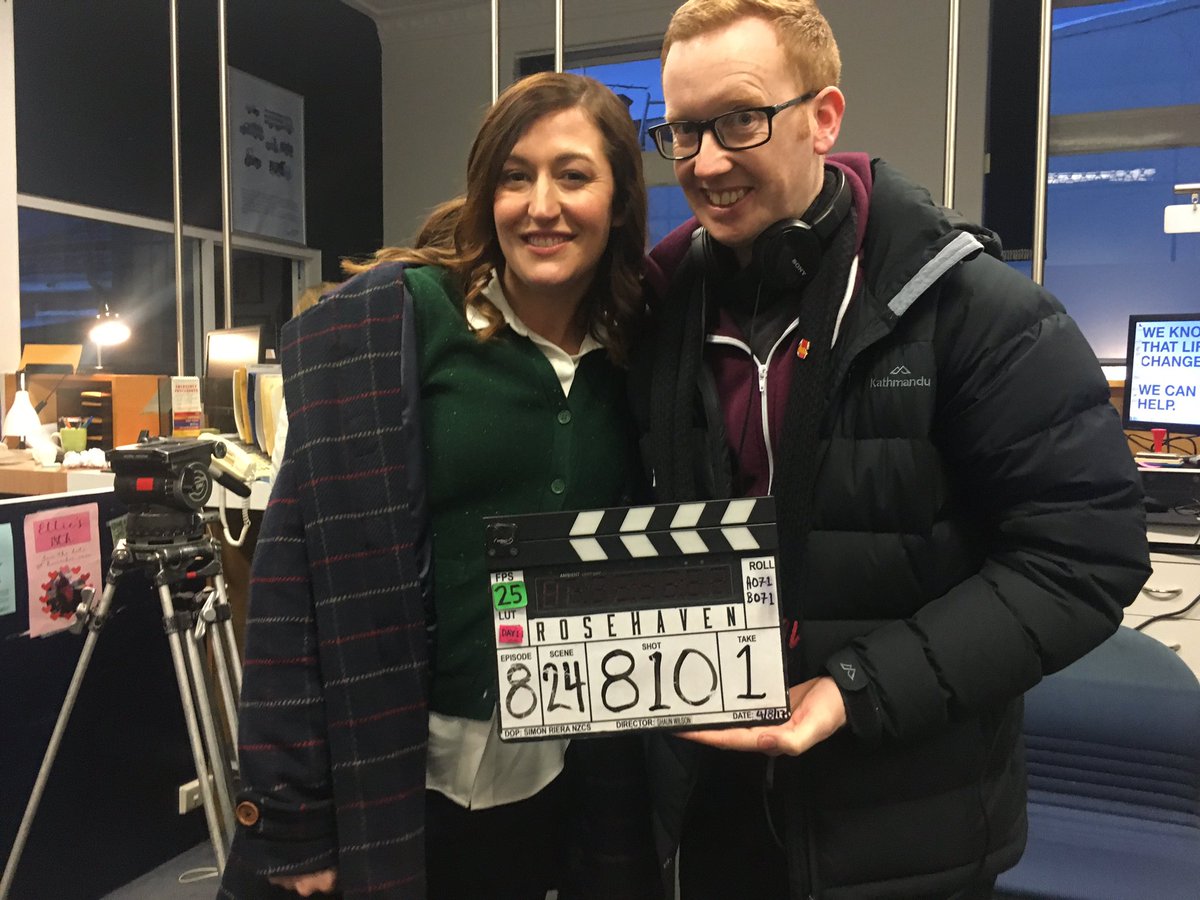 It’s a quaint little show and it’s always a bonus to see something filmed in an area other than Sydney or Melbourne. Look forward to watching season 2.

The original seasons of Rosehaven will be available on ABC iview from Wednesday 11 October. 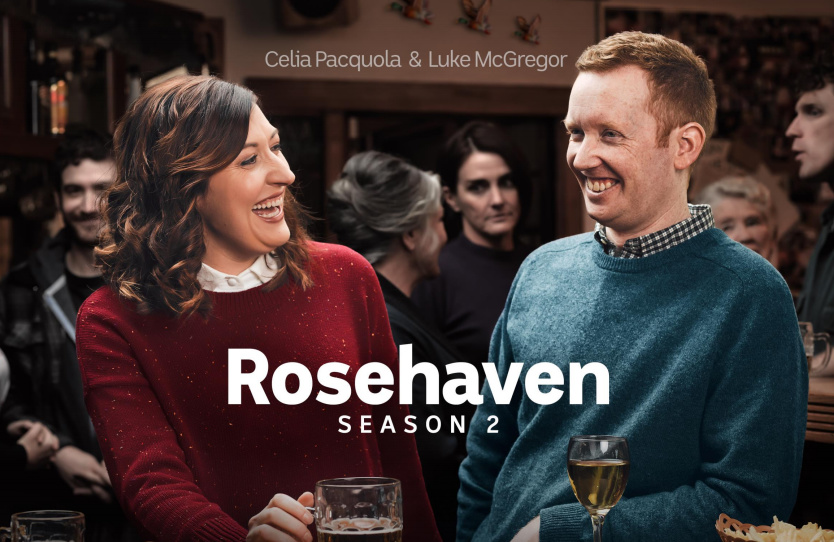 Returning home to Rosehaven, Daniel (Luke McGregor) is adjusting to his new long-distance relationship with Grace (Katie Robertson) with the help of skype and spreadsheets, while she continues to live on the mainland. Back at work, he finds himself needing to prove that he has what it takes to earn his place in the family business.

Not only has his mum Barbara (Kris McQuade), relocated McCallum Real Estate to new offices, but to Daniel’s horror, she has promoted Emma (Celia Pacquola) who is now running meetings, when she’s not entertaining her dangerously disinhibited locksmith boyfriend Damien (David Quirk).

When Barbara points out that they need to pay their way or move on, Daniel and Emma fire into action. They are determined to prove their place in Rosehaven and McCallum Real Estate the only way that matters – by selling a house. They will go to outrageous lengths to secure a vendor and resort to even more desperate measures to find a buyer.
But selling a house in a small town isn’t easy and it’s not long before Emma and Daniel find themselves under pressure and their friendship under strain.

Will the quest to finally sell a house earn them their place in the town? Will it be enough to make Emma stick it out in Rosehaven? And, will Daniel finally earn his mother’s praise?

Filmed entirely on location across stunning South East Tasmania, Rosehaven is a small town comedy with an enormous heart. ABC comedies will screen earlier as of next week.

Rosehaven returning for a third series 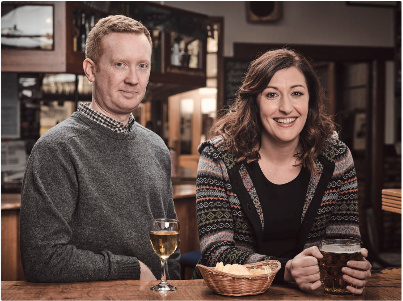 ABC and SundanceTV (USA) are pleased to announce comedians Luke McGregor and Celia Pacquola will head south once again for a third series of their hit comedy Rosehaven.

Boasting a superb cast, award-winning writing and the stunning backdrop of country Tasmania, the small-town comedy series Rosehaven has been embraced by audiences in Australia and across the world. Series three finds best mates Daniel (Luke McGregor) and Emma (Celia Pacquola in her AACTA Award winning role) now firmly ensconced as bona fide real estate agents, weathering the storm of recalcitrant landlords, anxiety inducing tenants, an overbearing boss (Daniel’s mum) and a town where a 24 hour emergency butcher is considered a normal part of life. And to come will be big changes in Dan’s and Emma’s personal lives, and a real estate opportunity that threatens to divide the whole town…

“We’re very happy to be back for season 3. Will a meteorite hit the town this season? Or will it fly harmlessly overhead and none of the characters will see or reference it? Stay tuned!” say Luke and Celia.

ABC Head of Comedy Rick Kalowski said, “It’s a thrill to have one of ABC’s true jewels back for more laughs, charm and lump-in-the-throat moments in later 2018.”

A Screen Tasmania Spokesperson added, “It’s great to have Rosehaven coming back for another season and we are thrilled be a part of it. It has helped cement Tasmania’s reputation as an exceptional filming destination, with wide ranging on-screen and off-screen local talent, as well being a great place to visit.”

Rosehaven will air on ABC later in the year.

I’m glad the ABC let some shows go on for more than one season.

Cameras ready to roll in Tasmania on Rosehaven series three

Head of ABC Comedy Rick Kalowski said: “Being back in Tasmania making Rosehaven Series 3 for ABC, and Sundance thanks to our US partners, is a joy. I’ve had few more thrilling days than when Celia and Luke first pitched it - knowing immediately ABC had to make it, and that it had the potential to charm audiences worldwide. And so it’s proved to be.”

The third series of Rosehaven will boost Tasmania’s television industry and talent, on and off camera, including the full-time employment of 35 Tasmanian practitioners and additional full-time training roles on the crew, supported by Screen Tasmania.

The ABC’s investment in Tasmanian productions has more than doubled since 2014/15, exemplifying the ABC’s unrivalled commitment to high-quality, distinctive Australian content across the country. 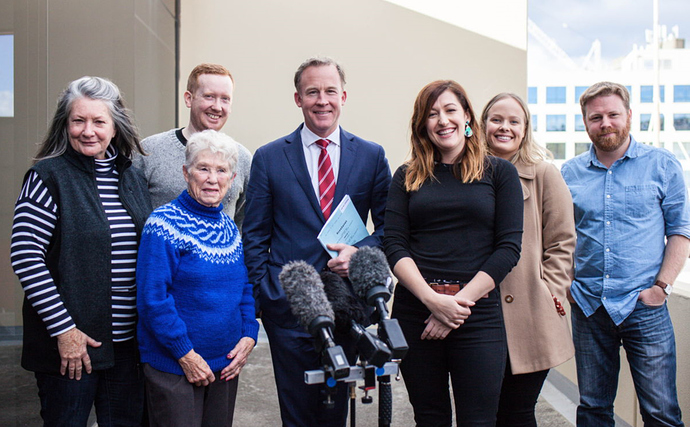 Are there two new cast members there?

Wrapped filming #rosehaven series 3!!! The most beautiful cast and crew I can’t even. Can’t wait for you all to see what we’ve been up to, it’s so stupid I love it. https://t.co/dEoMv8B7Ls 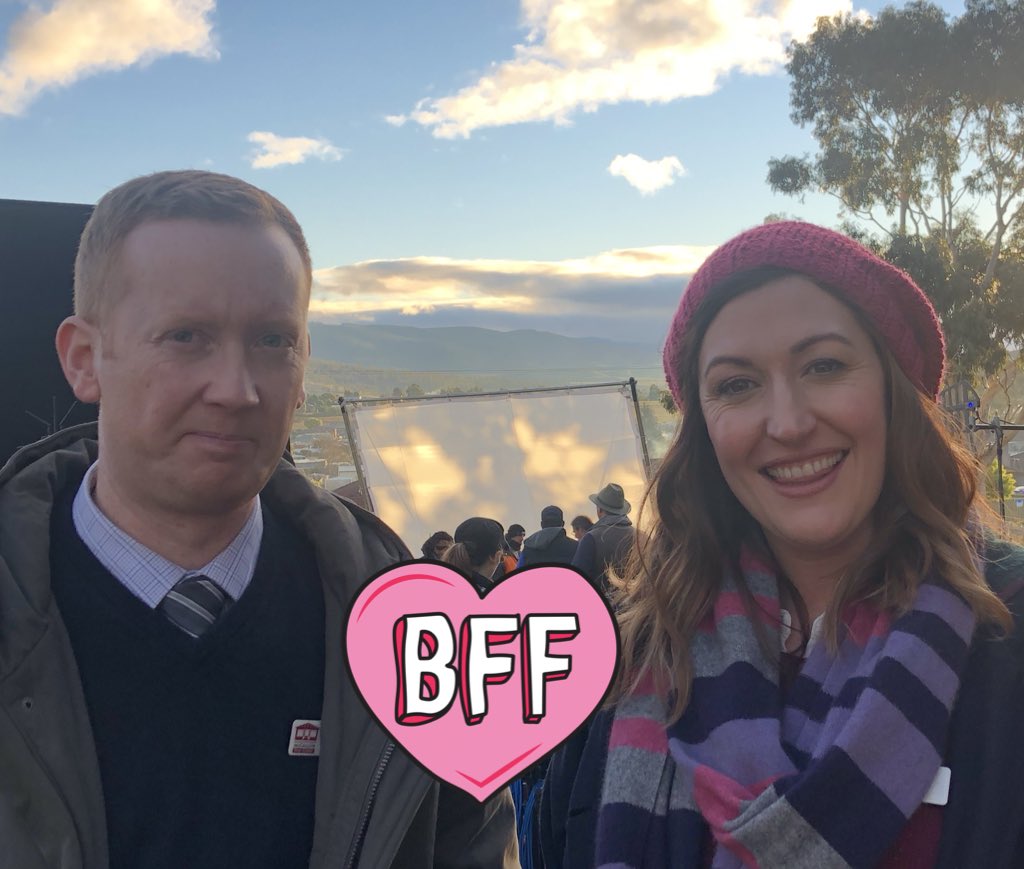 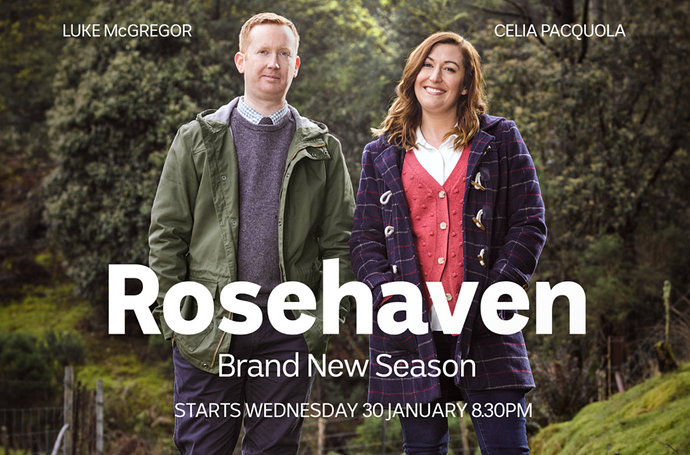 I just come here to ask when it was starting! Great news, I love this show

Series return on 30 January will be a double episode.