Reno Rumble given a facelift for 2016

CHANNEL 9 has given Reno Rumble a complete makeover. The 2016 version of the renovation

[quote]CHANNEL 9 has given Reno Rumble a complete makeover. The 2016 version of the renovation
reality show will be significantly different from last year’s first season.[/quote]

A complete makeover so it’s significantly different from last year’s first season but more like House Rules with state-based teams?

[quote]CHANNEL 9 has given Reno Rumble a complete makeover. The 2016 version of the renovation
reality show will be significantly different from last year’s first season.[/quote]

A complete makeover so its significantly different from last year’s first season but more like House Rules with state-based teams?

Looks like it, although its 2 houses a week I think (East Coast v West Coast). In the article I posted, they acknowledged that season 1 was a stunt and they knew Season 2 would have to change.

Really thought there was no way this would return. I kinda did like the idea though, so let’s hope it’s much better.

Looks even more tacky based on the promo…

good god that is a terrible promo,

I have seen them filming at pipemakers place for quite a few months, but there was a new production being filmed there this weekend so i guess the filming for RR is done.

here are some pics i took 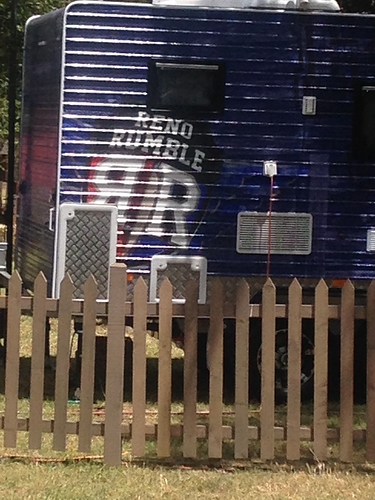 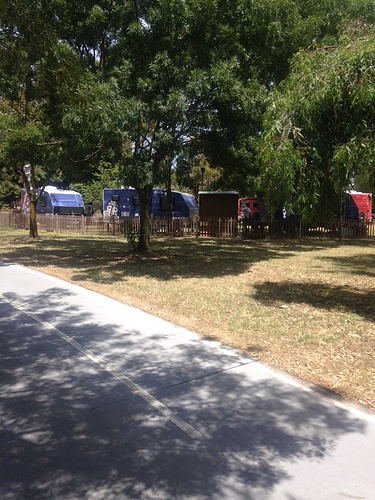 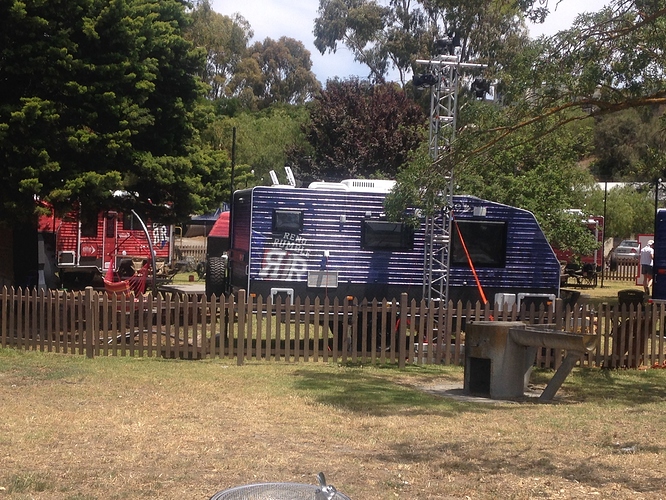 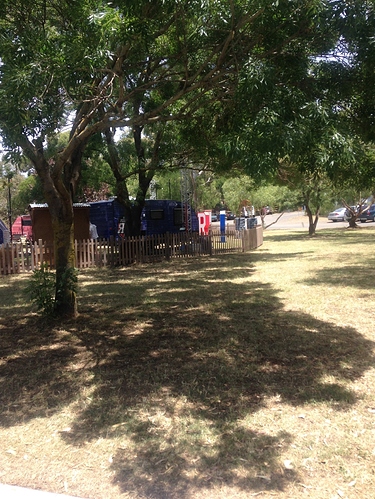 Nine will have to be careful that this doesn’t detract from their programming on 9Life. Several key programs on that channel are renovation based; approx three nights are given over to this genre. When Reno Rumble starts there is going to be a glut; more so if House Rules is around the same time…

This should have been running now against MKR. There is going to be as clash with House Rules which is the same problem they had last year. I suppose they are thinking they will beat them because they get a jump on them but I can see this ending badly again.

THE NEW RENO RUMBLE IS COMING SOON TO CHANNEL NINE

Reno Rumble is set to divide the country right down the middle when season two premieres on Channel Nine.

In this supercharged season there will be six new couples from across Australia. They will compete in the ultimate home makeover competition, which will see them renovate two houses every week for deserving Aussie homeowners.

The couples will be split into two teams with NSW, QLD and Victoria taking on couples from South Australia and Western Australia, in the battle of the East versus the West.

The teams will hit the road and travel to the suburbs of Melbourne to renovate not one but TWO houses every week. Nominated by a Good Samaritan, these inspirational homeowners will have their dreams turned into reality as the teams from East and West transform their ordinary and often rundown houses into stunning residences.

At the end of each week the couple with the lowest score on the losing team will be eliminated until only one couple is left standing to collect the $100,000 winner’s cheque.

Shelley Craft will join host Scott Cam this season to help guide the contestants along their journey and ensure the homeowners’ hopes are fulfilled.

The finished product will be judged by internationally renowned interior design experts, Scottish duo Colin McAllister and Justin Ryan. Known for their witty sense of humour and incredible design skills, these judges have a global following of devoted fans and they will be bringing their famous “tell it like it is” attitude and expert advice for the contestants and viewers to the Reno Rumble camp.

One thing is for sure: every week it’s an emotional battle as the contestants strive to do the right thing by the homeowners, all of whom have been through tough and trying times. And every week the worthy homeowners are astounded by the transformations.

But as the couples quickly discover, there are plenty of twists and surprises along the way in the great Reno Rumble battle.

Representing the East are:

Lisa and John, NSW
Italians doing it with style

Scott and Nadia, VIC
It’s chaos for the battlers

Representing the West are:

Dane and Leanne, SA
Mother and Son who know best

Steve and Holly, WA
Anything goes for the risk-takers

Then Continues Tuesday & Wednesday at 7.30pm

Australia will be divided right down the middle when a new supercharged series of Reno Rumble premieres on Monday, March 21, at 7.30pm on Channel Nine.

Six new couples will compete in the ultimate battle of East versus West, with two houses to be fully renovated every week. Each week, one couple from the team with the lowest score will be sent packing. The last couple standing at the end of the series will collect the $100,000 winners’ cheque.

Eight deserving homeowners have been nominated to receive the renovations of a lifetime. Among them are families who have endured heart-wrenching tragedy and those who have dedicated themselves to bettering the lives of others. Our teams will aim to give these battlers the beautiful houses they deserve.

Scott Cam returns as host, joined this year by Shelley Craft as they coach the contestants through their emotionally tough and physically challenging journey.

Two new judges are also joining Reno Rumble: Scottish duo Colin McAllister and Justin Ryan, internationally renowned interior design experts. They will bring their brutally honest opinions, while offering plenty of advice and mentoring, to the Reno Rumble camp. Never afraid to tell it exactly like it is, they are sure to ruffle feathers along the way.

The bogan team I saw in a promo tonight are shockers.

I really can’t believe that Nine even renewed this show! Didn’t it rate quite average last year?

Ratings wise, it might start out OK but I think that viewers will quickly realise that it’s nothing more than a blatant Channel Nine rip-off of House Rules and quickly switch off after that.

Surely Nine aren’t that arrogant? Move RR to 9lifeor better yet axe it

Nine has reacted to the ratings disaster and made some changes to next week’s episode schedule.

Sunday
Reno Rumble will now be seen this Sunday at 8.00pm for a 90 minute episode that was origianlly scheduled for Monday. This puts it clear of MKR for one night, with the obvious hope it might build an audience.

Monday and Tuesday
Episodes brought forward by one day

Wednesday
The Wednesday episode is out - replaced by Big Bang.

These seem to be the main changes I can see at the moment. If there are any more I will update this topic. The full schedule adjustments are in the Nine Schedule area.

Maybe they will end up just running it Sundays and Thursdays away from MKR and have a marathon of Big Bang every other night.

Hasn’t Nine scheduled You’re Back in the Room on Sundays from April 3? Then Reno Rumble can’t be shown on that night.

Standby for a new night or Reno Rumble will be axed/banished by then. Nine might choose to screen it later in the night like 9pm/9.30pm.

This fix will only have a chance this week.

First three eps are being encored on 9Life tonight from 7.30