Network 10 remains the youngest free-to-air television network in Australia and boasts more of the top entertainment shows in key advertising demographics than its competitors.

Family favourite, I’m A Celebrity… Get Me Out Of Here!, doubled the audience of its closest competition, while TV’s most wholesome show, The Dog House Australia (produced by Network 10), was 2022’s #1 lifestyle show. Australian Survivor and the #1 cooking show, MasterChef Australia, achieved their biggest ever BVOD audiences on 10 Play.

Network 10 reached 11.9 million exclusive and elusive sport viewers across the year with some of the country’s biggest sporting moments. The 2022 Melbourne Cup Carnival reached 3.51 million Australians, the Australian Formula One Grand Prix reached a phenomenal 3.2 million Australians, while the A-Leagues have reached over 6.5 million fans.

10 Play is having its biggest year yet, up 6% year-on-year, with more than 6.2 million registered users. In addition to more exclusive content being added to the platform, 10 Play has seen enormous growth in live streaming, up 21% on the same point of 2021.

Daniel Monaghan, SVP Content and Programming, Paramount ANZ, said: “Network 10’s strength in under 50s and key age groups has again secured us more of the top 15 entertainment shows in under 50s, 25 to 54s and 16 to 39s than any other commercial network.

“10 Play has had its biggest year yet, growing 6% on 2021, and its catalogue is constantly expanding with a flowing pipeline of premium and exclusive content.

“In 2023, we’ll be ringing in the year with a new era of The Bachelors, like you’ve never seen it before. Returning to the South African jungle and to a new date in the calendar, Chris and Julia will host a fresh bunch of celebs in I’m A Celebrity… Get Me Out Of Here! .

“For main course, MasterChef Australia will once again cook up a storm followed by sweets with Dessert Masters premiering in 2023. Once The Dog House Australia convinces you to adopt a dog, Dogs Behaving (Very) Badly Australia’s Graeme Hall, will help you train your new canine compadre. Also new in 2023 is the highly anticipated Location, Location, Location, ready to turn dream homes into reality.

“The Project - the youngest news and current affairs show on TV – will return in 2023 with Sarah Harris joining Waleed Aly at the helm, marking the beginning of a wonderful new era for the show.10 News First, with its team of award-winning journalists and nationally established presenters, reaches three million Australians every week and its live stream and off-network news presence continues to grow.

“From the Australian MotoGP and the Formula One Australian Grand Prix to the Melbourne Cup Carnival, 10 will deliver big and memorable sporting moments in 2023. Plus, 10 Bold will continue to kick goals with the Isuzu UTE A-League matches, while every match of the Liberty A-League season is live and free on 10 Play, and 10 Peach is home to NBL games every Sunday.”

Rod Prosser, Chief Sales Officer, Paramount ANZ, said: “Paramount continues to deliver best-in-class, consistent, brand-safe, premium integrations for advertisers across all our platforms, supercharged with several unique opportunities for advertisers and sponsors including a myriad of new offerings on 10 Play.

“The future of audience consumption spans across all screens, making total content measurement and monetisation more important than ever for a world-leading entertainment company such as Paramount.

“This year we’ve cemented our position as industry leaders in advertising innovation with our suite of next generation ad products and strategic partnerships including KERV Interactive, Samba TV, Magnite, Innovid plus BrandBOOST and AdSelector.

“We’re able to target, connect and engage audiences in compelling new ways and will continue working closely with our partners in 2023 to deliver meaningful results.” 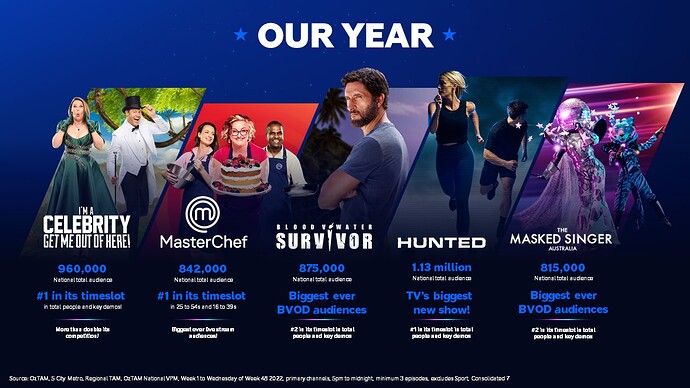 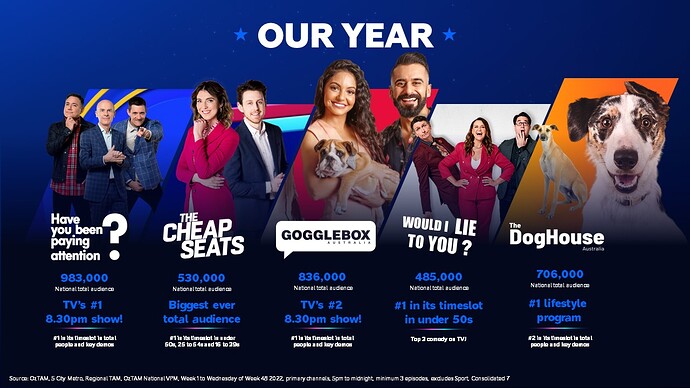 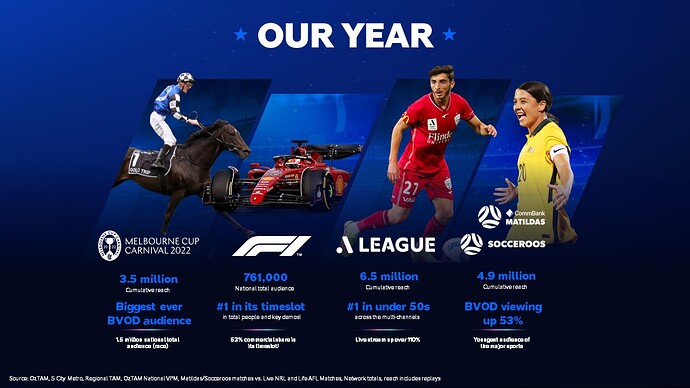 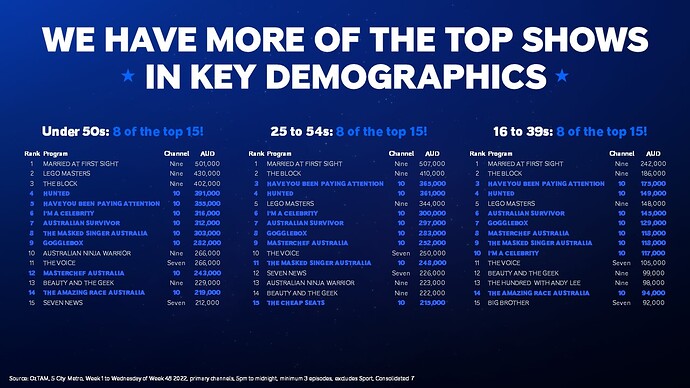 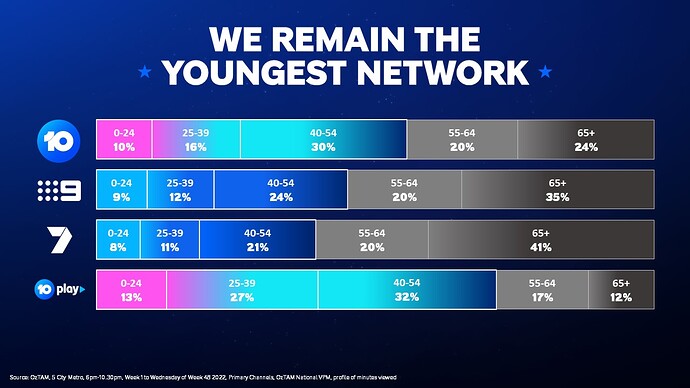 Isuzu Ute A-League
• Reaching 6.5 million Australians.
• #1 in its timeslot in under 50s across the multi-channels. 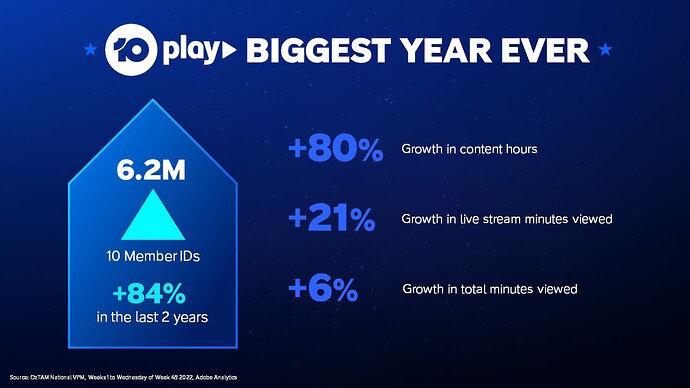 No brag about the record Neighbours finale figures…