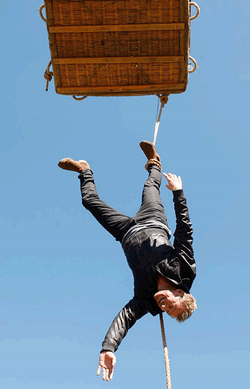 Last seen dangling from a balloon drifting across the Sydney skyline, Cleaver Greene crashes back to earth - literally and metaphorically, through a harbourside window into the unwelcoming embrace of chaos past.

Fleeing certain revenge, Cleaver hightails it to a quiet country town, the reluctant member of a congregation led by a stern, decent reverend and his flirtatious daughter. Before long Cleaver’s being chased back to Sin City.

But Sydney has become a dark place: terrorist threats and a loss of faith in authority have seen it take a turn towards the dystopian. When Cleaver finally emerges, he will be accompanied by a Mistress of the Black Arts, navigating a yellow brick road leading straight to our dark corridors of power.

Twisting and weaving the stories of the ensemble of characters we’ve grown to love over three stellar seasons, Season 4 of Rake continues the misadventures of dissolute Cleaver Greene and casts the fool’s gaze on all levels of politics, the legal system, and our wider fears and obsessions.

Can’t wait to see all these characters again.

Richard Roxburgh has told News Corp he has started working on the fifth and final season. With the current political crisis in Canberra he and his fellow writers should have plenty of material to work on.

Democracy in peril as Cleaver takes to the Senate

The ABC announced today that the fifth series of Rake will go into production in October. The series will screen in 2018.

Cleaver returns as an independent senator in Parliament House. Embroiled in scandal after scandal, Cleaver will add yet more chaos to his life and the lives of those around him. With parliament crumbling, will Cleaver step up to help Australia keep calm and carry on?

Heading up a stellar creative team is producer, creator and award-winning writer Peter Duncan, who will again direct alongside Rowan Woods, Shannon Murphy and Jenn Leacey. Duncan’s writing co-collaborator, the acclaimed Andrew Knight is also back on board.

Peter Duncan says, “As a committed if somewhat lazy group of anarchists, we wanted to see if Cleaver could bring as much chaos to Parliament as he did to the courts. So far, we think our mission is on track. It’s great that we have an opportunity to expand Cleaver’s messy palette and give Richard a chance to get his hands truly dirty."

Sally Riley says, “I’m looking forward to living vicariously through Cleaver Green as he runs rampant in the Australian Parliament and I’m sure ABC audiences will love it too. He’s a truly loved character that says and does all the things you sometimes wish you could. So happy to have him back on our screens in 2018”.

Rake is produced for ABC in association with Create NSW.

One of the best shows. Great that a fifth and final season is being made. 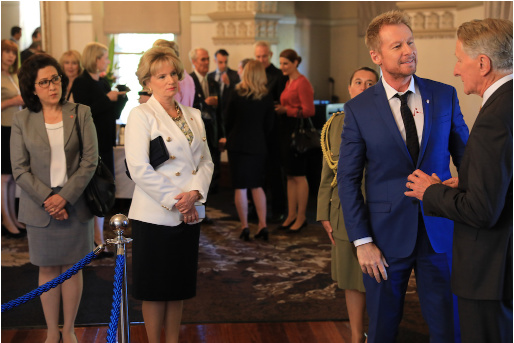 Jane Turner (Kath and Kim co-creator and co-lead) and Anthony LaPaglia (Sunshine, Annabel: Creation) are joining the cast of Rake as cameras roll on the fifth season.

Now an independent Senator in a crumbling Federal Parliament, will Cleaver step up to help Australia keep calm and carry on … or add yet more chaos to his life and the lives of those around him?

ABC Head of Scripted Production Sally Riley said: “Rake is renowned for attracting the best talent in the business and this year is no exception. I cannot wait to see Jane, Anthony and Tony tear up the screen as they take on the inimitable Cleaver Greene.”

Writer and producer Peter Duncan said: “We’ll do our best with this motley crew of acting vagabonds and one-time street thugs. Some of them have potential. Watch this Roxburgh guy. Maybe one day. God bless the ABC for having faith in the criminal class.”

With production underway in Sydney, Rake is an Easy Tiger and Blow by Blow production for ABC in association with Create NSW. Season five will air on the ABC in 2018.

Anthony LaPaglia plays the US Secretary of Defence, Jane Turner is a conservative politician and William McInnes is the minister for homeland security. As Rake gets a political reboot, Richard Roxburgh returns fire at Charles...

Filming is underway for a new season that has Cleaver Greene creating chaos in federal politics. 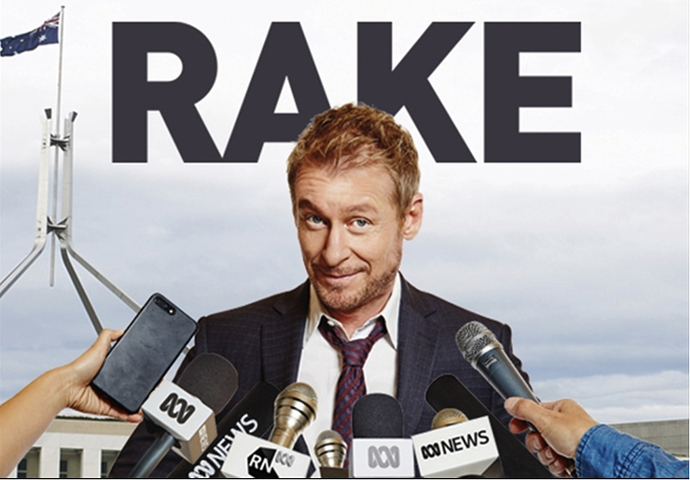 Now an independent Senator in a crumbling Federal Parliament, will Cleaver step up to help Australia keep calm and carry on … or add more chaos to his life and the lives of those around him? One year on from taking up residency in Canberra as a Senator in Federal Parliament, Cleaver (Richard Roxburgh) has old foes and new: Cleaver has a new nemesis in the formidable and right wing Senator Penny Evans (Jane Turner) and a new comrade in his COMCAR driver Jakub (Jacek Koman).

Nicole Vargas(Kate Box) is now Cleaver’s Chief of Staff, and Jack (Tasma Walton) lurks in the Parliamentary shadows, ready to make or break careers. David Potter (Matt Day) has made the transition to a Senator for the Greens and Cal’s arch rival and half-brother Joe (Mark Mitchinson) is the Leader of the Government in the Senate who, with Minister for Homeland Security Gareth Morrow (William McInnes), runs the government with an iron fist - or so he thinks.

Wendy (Caroline Brazier) is encouraged to set up her practice in the Capital, whilst Missy (Adrienne Pickering) somehow becomes Cleaver’s Press Secretary and, with Fuzz (Keegan Joyce) missing in action in Silicon Valley, she (and their daughter Winsome) move in with Cleaver. Cal (Damien Garvey) is fighting his own battles both at home with Jane (Sonia Todd), and at work with the appointment of Caitlin Farquhar (Sara Wiseman) as co-host of his show, until opportunity knocks and he is given both a seat and a ministerial portfolio, with the promise of something more.

With a suspected terrorist gas attack on New Parliament House, an unfortunate incident during a visit by US Defence Secretary Linus Potemkin (Anthony LaPaglia), calling for a banking boycott whilst dressed as a zebra, an assassination attempt, a defamation case, the fight to maintain an Aussie ice cream icon, and the ever-rotating Prime Ministers and BuzzStay guests – none of Cleaver’s ensuing chaos has abated … but will he step up to help Australia keep calm and carry on – in this the final season of Rake?

The SERIES FINAL was on tonight. It’s a shame to see this show finish.

Well that was crap

Barrister Charles Waterstreet, who claims that Rake is based on his life story though the producers claim only a portion of one episode is based on him, has been banned from practicing in NSW. 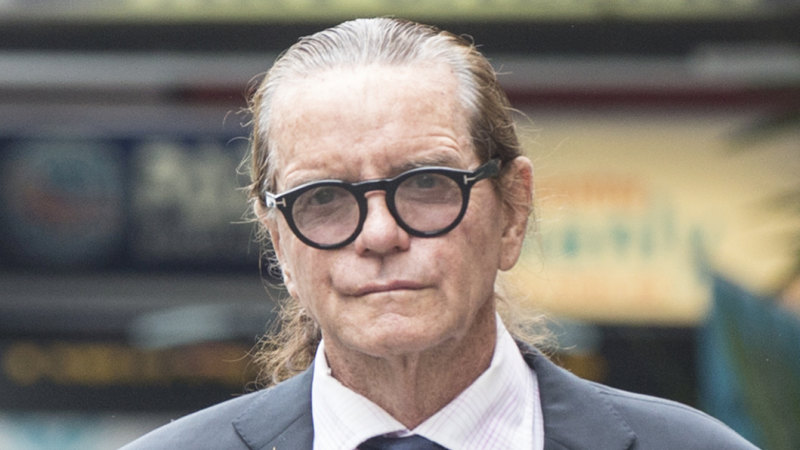 Not a 'fit and proper person': Charles Waterstreet banned from practice

The Sydney barrister and undischarged bankrupt has been banned from practice after the NSW Bar Association quietly cancelled his practising certificate.