Anyone else been watching? I like the old ’ Countdown" episodes .its a shame the ABC got rid of so many old episodes douring their cost cutting days.this is the only time of year I watch “Rage”

I meant to record it last night! (forgot)

I would love to see some of the old Countdown episodes from the mid 80s, shame they don’t put any of these up on iView. Couldn’t find any on YouTube either.

I’ve got Last Night’s Taped if you want my Address for them? Just DM Me for Yours.

It should be on this Saturday night… last one though I think.

JamesStyles1983@icloud.com My E-Mail Address for the Address if you want to send the Copy on DVD.

It’s a shame that’s it’s only for the month of January,should be more often.Still enjoy watching old "Countdown " episodes

Have DVRed them all this year. Love it when they have these. Cause you watch them back 30 to 40 years later and you see one act/song and you think whatever happened to them. Or they made it big and this song has gone down as an absolute classic.

The iconic ABC music show Rage turns 30 on April 17 2017 and the ABC is inviting viewers to a ten-day celebration.

Across TV, radio, in print and in person, ABC gives fans a chance to relive their favourite moments and discover everything there is to know about the influential program’s history and influence on Australian music and culture.

###On ABC TV:
Rage30: The story of Rage (9.30pm, 17th April ABC and ABC iview)
This one hour documentary celebrates the incredible history of Rage and features a plethora of musical talent from across the decades, musicians whose work has been a mainstay of Rage but who were also viewers themselves. We go back to the beginning to find out where and how it all began and talk to many of the most successful music clip directors for whom Rage directly influenced their careers.

Normal Rage programming interrupted by the viewers!
Rage Overnight on Saturday 15th April and Saturday 22nd April (ABC and ABC iview)
Via a nationwide social media campaign Rage viewers have been invited to guest program the show. Thousands have taken up the challenge and the most creative, thoughtful and entertaining will be broadcast over these two special nights. Each viewer playlist selected will display the contributor’s name.

Rage30: Stories from the Red Couch (11.00pm, 21st April ABC and ABC iview)
Over its three decades on air Rage has hosted hundreds of guest programmers; musicians, comedians and even politicians have been invited to share their favourite music clips and explain why they mean so much to them. In the process, we gain a unique insight into them as people. This special program, hosted by the one and only Kate Ceberano, assembles the very best, from the famous, the funny to the very naughty.

##On ABC Radio:
The Real Thing – Rage ‘Til You Puke

RN’s The Real Thing podcast a half-hour special featuring interviews with the musicians, personalities, producers and fans who brought the program to life. Rage ‘Til you Puke will be available from The Real Thing and Double J’s The J Files podcast feeds from Thursday April 14 and will air on both RN and Double J simultaneously on Easter Monday.

Rage 30 Magazine: Collector’s Edition (On sale April 20 from abcshop.com.au, ABC Centres and newsagents, $14.95)
Brace yourself for even more couch consumption as we say Happy 30th Birthday to our favourite music rebel with a special edition magazine. Packed with behind-the-scenes Rage guest programmer tales, including Faith No More, Hole, the Smashing Pumpkins and Weezer, we also delve deep into the music clips that have kept you up all night — dissecting the LOLs, the controversy, the culture, the hidden messages and stacks more. Penned by revered music writers including Myf Warhurst, Craig Schuftan and Lindsay McDougall — to name but a few — your eyeballs will be lured into bloodshot temptation of “just one more page”.

Rage 30 Album (CD / digital album released on April 14)
This massive compilation features standout tracks from across the three decades Rage has been on air. Songs that have resonated with fans and artists covering all genres, ages, genders and nationalities; it’s the definitive Rage collection. 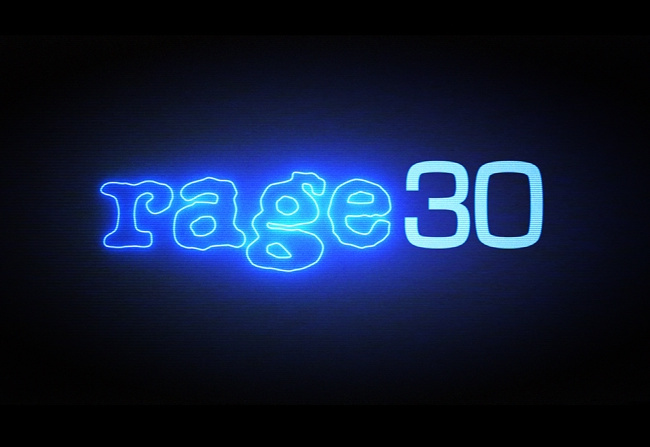 This one hour documentary will celebrate the incredible history of Rage and explore its influence on Australian music and culture. 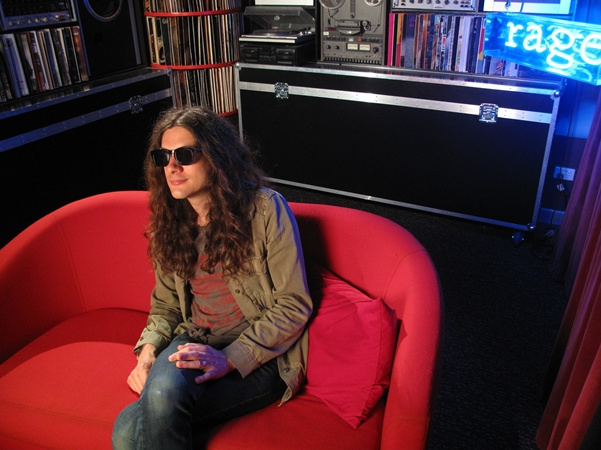 Over its three decades on air Rage has hosted hundreds of guest programmers; musicians, comedians and even politicians have been invited to share their favourite music clips and explain why they mean so much to them. In the process, we gain a unique insight into them as people. This special program, hosted by the one and only Kate Ceberano, assembles the very best, from the famous, the funny to the very naughty.

Just curious - is Rage still only broadcast in standard def? Would imagine that every new music video being released is now distributed in HD.

There will be a special tribute to the late Aretha Franklin on Rage tonight. I know the ABC has to censor paid product placements in these music videos…but what’s the point if it’s done as badly as this? The Merc, Lyft and Beats logos are all quite visible in this. The Lyft one draws added attention because its blur keeps flashing on and off, and the Merc and Beats logos are only blurred for part of the time that they’re on screen.

Rage retro month is back. Retro month features a Countdown episode co-hosted by the late Greedy Smith with Peter O’Doherty of Mental As Anything.

Tonight (February 1) Rage will have the music videos from the triple j Hottest 100 of 2019.

Tune in to Rage Saturday February 1 from 10:52pm on ABC TV as we bring you our annual Hottest 100 special, aka the full countdown, music video style.

Rage is having a “RAGERCISE Special” this Saturday morning - at 6am (60 min duration). Workout and dance videos to get you moving.

Let’s get physical, physical…with rage! Tune in to our Ragercise Special this Saturday April 11 from 6am and later than night from 1am on ABC TV.

Now, if Ten can bring back Oz Aerobics…?

Interesting how Eric Prydz’ “Call On Me” is included. When the song was popular, Rage’s short-lived SMS “video download” service got more requests for this song than anything else, according to Wikipedia.