Radio outside of Australia - Whats good?

Yep, KOLA was the station I had in mind when I mentioned out of area stations

Not wanting to hijack the thread - but those who listen to Radio X (or R1 back when he was on it) - what is the appeal to Chris Moyles? Whatever it is, I just dont get it

Yeah, I regularly listen to Kiss 92, Gold 905 from Singapore, but my favourite station in Singapore is Class 95FM.

@MarkHD thanks for the tip on The Wave - I’m finding myself addicted to their Just Played list!

@Brianc68 - you’re welcome, a great station and something lacking over here for sure.

Moyles is a dying breed in the UK. A proper radio personality, who is a true radio geek at heart, bucking the trend of fast-tracked TV celebs with their 45 second identikit links. Like many of the best, he’s loved and hated in equal measure.

I guess it really comes down to what your interested in. For music I often get on the Digitally Imported app as it has stations for a lot of different music genres. I think it’s more EDM skewed but the sort of stuff that I’m into anyway.

ZM and The Hits for Me

I leave this here as this thread seems the best fit.

Anyone else listen to Ministry of Sound Radio?

I sometimes listen to it on Sonos and when I went to listen tonight they are broadcasting a recorded looping message between songs about taking a break.

The Ministry of Sound Radio Facebook page is also gone (the album one is still up).

Although makes no mention of a return to air date.

I certainly hope they return to air although Raw FM isn’t bad in the meantime.

The BBC iPlayer Radio app is freely available to download from the Apple App Store, Google Play and Amazon Store.

At launch, the BBC iPlayer Radio app supports iOS running 7.1 and above, Android 4.0 (Ice Cream Sandwich) and above and Amazon Kindle Fire 2012 and above. 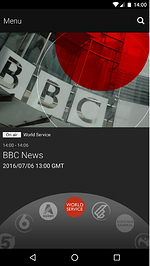 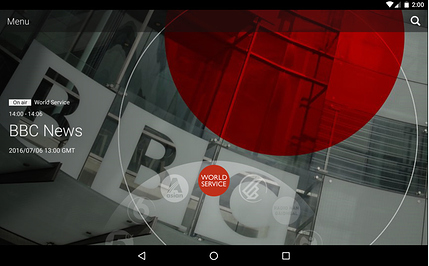 BBC iPlayer Radio app is today available globally as the BBC has delivered the last stage of its international roll out.

Available in the UK since 2012, the free BBC iPlayer Radio app transforms access to BBC Radio programmes internationally making it easier for audiences around the world to listen to a variety of BBC radio stations, including BBC World Service English, on their devices wherever they are.

BBC World Service in English, which has a global audience of 66m, will automatically display on a touchscreen dial when users outside the UK open the app for the first time. Users can simply spin the dial to access more BBC Radio stations and discover more world-class content which includes news, music, drama, comedy.

As well as access to live radio programmes from the World Service and radio stations across the UK, users around the world with the app can:

James Montgomery, Digital Development Director, BBC News and Current Affairs, says: “The new international BBC iPlayer Radio app makes it easier for audiences around the world to discover and enjoy the richness of our output - both live radio and to downloaded content.

“We hope that the app will be a destination on mobile homescreens for audiences around the world who want to explore the breadth of BBC radio, from news and current affairs to drama, comedy and music. This launch also comes at a time when the UK is at the centre of a huge news story which the BBC is helping to explain to audiences worldwide.”

Mary Hockaday, Controller BBC World Service English, says: “We have a valued audience of 66 million globally for the English BBC World Service. I’m thrilled the new BBC iPlayer Radio app offers another way for listeners around the world to find and enjoy our programmes, and take them with them wherever they go. With this app, we hope to give new audiences the chance to unlock a wealth of World Service content, as they explore what the BBC iPlayer Radio has got to offer.”

Currently BBC World Service English is available on analogue/DAB Radio, online, and through its partner stations around the world whilst other BBC Radio stations can be accessed outside the UK via the BBC website www.bbc.co.uk/radio

To bring this thread back to life, there’s been plenty of suggestions lately in both the “Great Songs on Radio” & “Digital Radio” threads of the following overseas stations that are seen as decent substitutes to the now-departed Classic Rock Digital, which shut down on DAB+ for being “too popular”.

These include, among many others:

The Sound from across the ditch in NZ can also be seen as a decent substitute.

The Sound in LA would probably also fit that description - (album based) classic rock.

I like listening to K-Earth 101 on a Saturday Afternoon as they play heaps of awesome 80’s music.

@TV-Expert
Good list. I’d add Absolute Radio UK - both the main channel and the classic rock channel to that list.

Brian FM - while the format is nothing new… it’s a good listen. ~ certainly a little bit edgier than OMG!

Brian is a Jack of all trades as far as his music policy goes. I may have picked up the 105.9 outlet via E-skip last week; it was an UNID Kiwi station playing 80s music.

Did you ever listen Iain Lee when he was on Absolute?

Did you ever listen Iain Lee when he was on Absolute?

Iain is now doing late nights on TalkRadio in the UK.

So many ways to hear my new radio show! - Iain Lee

Hello team Some of you still don’t know that I know host a late night phone in show 5 nights a week! Incredible, but true. Almost as if talkRADIO haven’t...